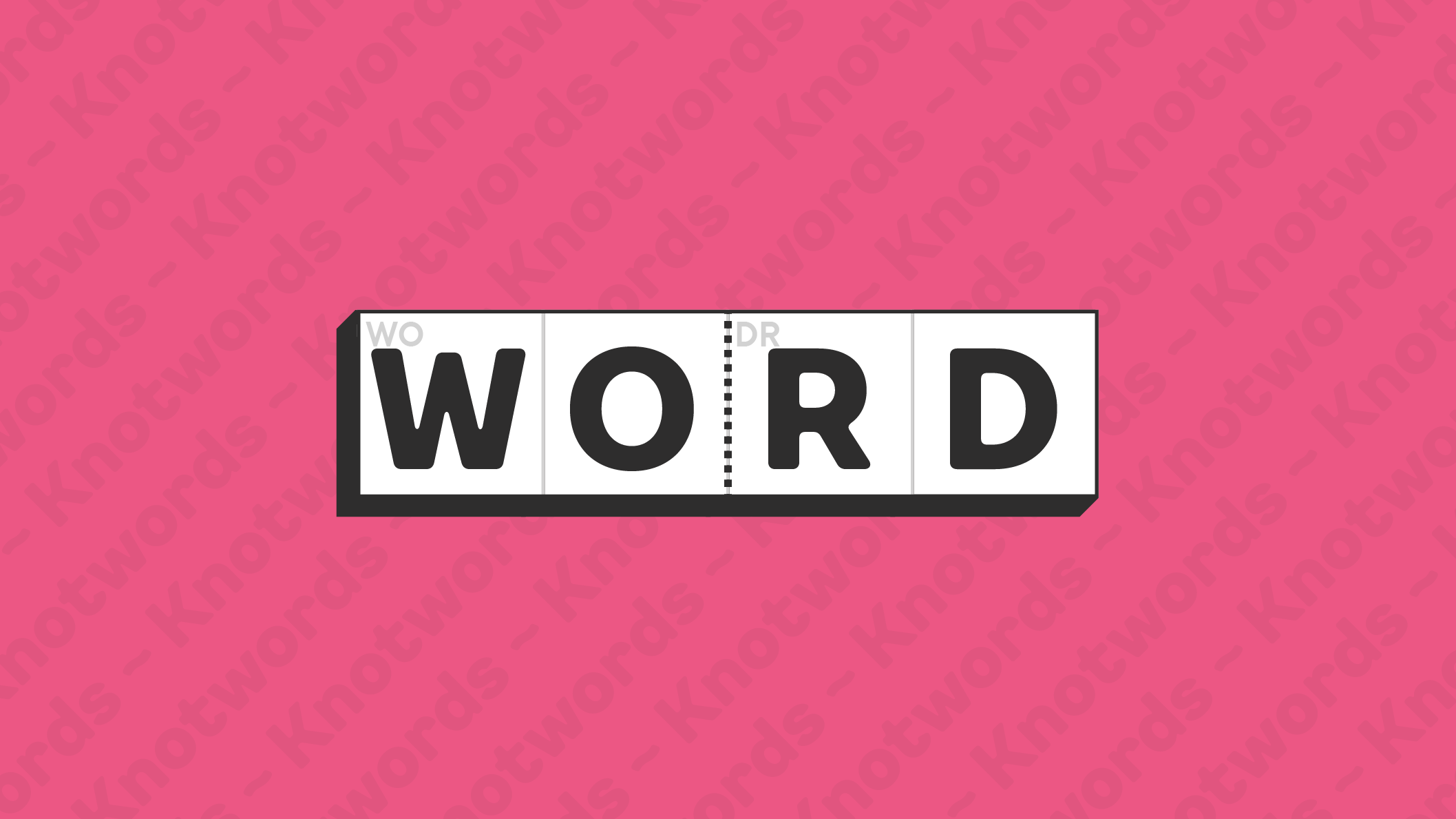 Wordle, the word-guessing puzzle game created by Josh Wardle, seems to have brought word games back into the spotlight.

From a host of alternative versions based on the same Mastermind-like format of Wordle to classics like Jumble, there are plenty of options to choose from and to play daily. And one of them, called Knotwords, was publicly endorsed by Wardle himself.

Knotwords, developed by Zach Gage and Jack Schlesinger, was released on April 28, 2022 for iOS, Android, Mac, and PC (via Steam). Described by the developers as “a minimal and elegant logic puzzle—with words,” it combines elements of crosswords, anagrams, and sudoku in a simple, yet effective design. The social element, which is part of what made these new word games so popular, is also present, allowing mobile players to share their efforts on social media.

How to play Knotwords

Knotwords is essentially a crossword puzzle where, instead of having hints, players can see all the letters that are in each section. The biggest difference from the game to classic anagrams and crosswords is that the sections themselves do not need to form existing words. Instead, every row and column must form existing words using letters from more than one section.

Here is an example:

At first sight, it looks a lot harder than it actually is. That is why we recommend you don’t skip the tutorial for this one. Unlike Wordle, you have unlimited tries, but the clock is ticking and your goal is to solve the puzzle as fast as possible. There is also a limited number of hints you can use if you’re stuck.

There are two types of basic Knotwords challenges: Monthly Puzzlebooks and Daily Classic. The Puzzlebooks are a set of 30 puzzles that players can complete throughout the month, with a new batch becoming available at the beginning of each month. There are a few of them that are themed challenges, where all words are from a certain category (like adjectives or unusual words). Daily Classic is a daily and weekly mode. A new puzzle becomes available each day, but the challenges do not expire in 24 hours. Instead, you have the entire week to play them, until Sunday, before they’re moved to the Archives on Monday.

On mobile Android and iOS devices, the game is free in a basic version with fewer puzzles available. Its paid tier, Knotwords Pro, unlocks additional puzzles, hints, statistics, and customization features. Benefits include an Archive of Daily Classic mode, a Tricky version of the Puzzlebooks, and a more difficult Daily mode called Daily Twist. Reminiscent of Picross, Daily Twist shows how many vowels are in each row and column, which adds another layer to the challenge—making it easier and trickier at the same time, for different reasons.

Steam users can buy a full copy of the game for $11.99, including all of the benefits from the Pro version, but there is no way to play for free on PC and Mac. You also can’t share your progress on social media, an option that is only available to mobile users. There are, however, several public achievements that you can collect and display on your Steam profile.