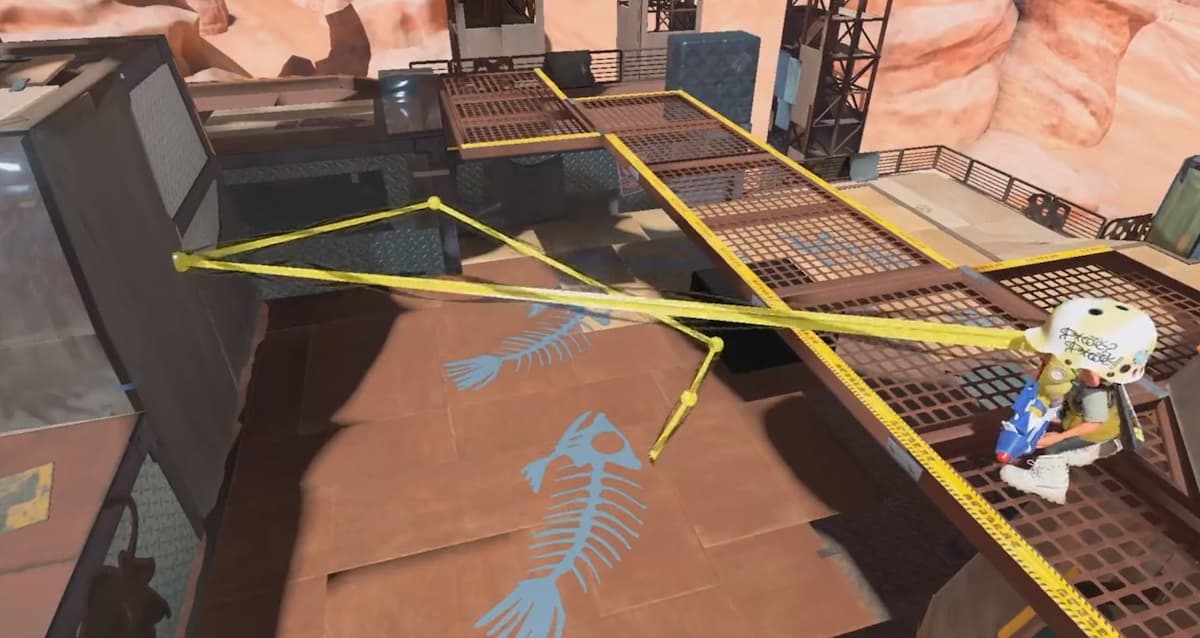 Nintendo continues to drip-feed fans new information about Splatoon 3 content, features, and mechanics. The most common content getting shown off are the new and returning weapons—such as the recently-revealed sub weapon, the Angle Shooter.

This weapon is unique in that it will bounce off of walls and other objects over a set distance, changing its trajectory until it impacts the ground or an enemy.

While bouncing around, the Angle Shooter creates a line of ink. If any enemy is hit by the ricocheting weapon or touches the active line they will take damage and be revealed, giving important information to your team and chipping away at them if you are close enough to engage.

The video showcasing this new projectile shows it being used in a variety of locations, such as being thrown down from elevated platforms or directly at opposing walls to bounce into a covered position.

“Imagine bouncing an Angle Shooter off the walls of a narrow corridor, pinning down a rival,” the Squid Research Lab said. “If they touch the line, they take damage…so while they hesitate, you pounce with your heavy main weapon and ink ’em up good!”

The idea that you can not only pressure enemies behind cover, but also pin them down with the threat of being damaged and revealed to the entire enemy team makes the Angle Shooter an excellent addition to the sub weapon lineup. Whether it will actually see widespread use or not will have to wait and see until Splatoon 3 actually launches in September.

Nintendo previously confirmed that Splatoon 3 would contain all previous weapons from the first two games along with these new pieces of tech, leading to the newest entry having the largest lineup of weapons yet.