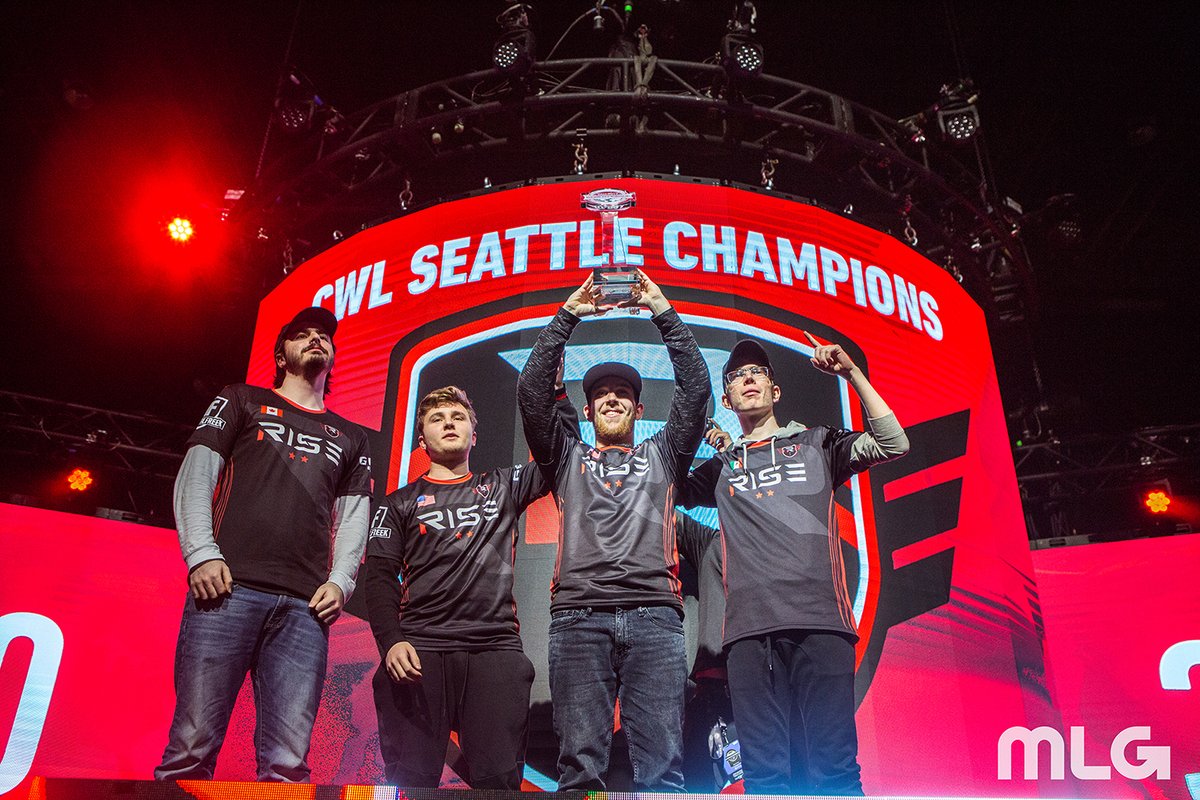 A champion has been crowned at the Call of Duty World League Seattle Open after the top two teams in the tournament faced off for the event title and the grand prize of $80,000.

Evil Geniuses and Rise Nation went head-to-head tonight in the grand finals of the CWL Seattle Open. Despite playing with a new roster, EG only dropped one match all weekend heading into the grand finals. Their counter strategies seemed to work to perfection.

Rise had a different story. They finished with three losses in Pool A, where they only beat Tainted Minds. Due to their fourth-place finish in pool play, Rise were forced to come through the championship losers bracket.

In their losers bracket run, Rise took out Heretics, compLexity, Team Envy, Luminosity, Ghost Gaming, Echo Fox, and eUnited. Their reward for a historic streak was to face a white-hot Evil Geniuses squad who defeated eUnited to earn the grand finals spot.

Evil Geniuses took the first game of the grand finals, winning Sainte Marie du Mont Hardpoint by over 100 points behind a complete team effort. EG weren’t as successful in the following games, however.

On London Docks Search and Destroy, EG went up 5-2 but failed to close out the map, losing 6-5. Flak Tower Capture the Flag was another close affair and EG once again fell to Rise by one point. With momentum on their side, Rise took Valkyrie Hardpoint 250-176, resetting the bracket and forcing a second best-of-five series.

And the second grand finals series was all Rise Nation. In the initial Hardpoint on Ardennes Forest, Rise won by 85 points. The subsequent Search and Destroy on Valkyrie was another commanding victory for Rise—EG only won one round. And to finish it off, Rise dominated Flak Tower CTF, a map they narrowly beat EG on just an hour before. In the second meeting on Flak Tower, Rise controlled their opponents from the very beginning, finishing with a 7-0 score.

Rise’s Peirce “Gunless” Hillman was awarded the ASTRO Gaming MVP trophy for the second time in his young career. He won his first at the 2017 CWL Atlanta Open when he and eUnited defeated OpTic Gaming in the grand finals.

This championship is also the second for Rise Nation in WWII. Their first of the season came last month at the CWL Atlanta Open when they ran through the competition, finishing the event with no match losses.

Competitive Call of Duty action will resume on May 15 when Stage Two of the CWL Pro League kicks off in Columbus, Ohio. The Divisions for Stage Two were revealed after the grand finals, and it’s safe to say that Call of Duty fans are in for a treat this summer.