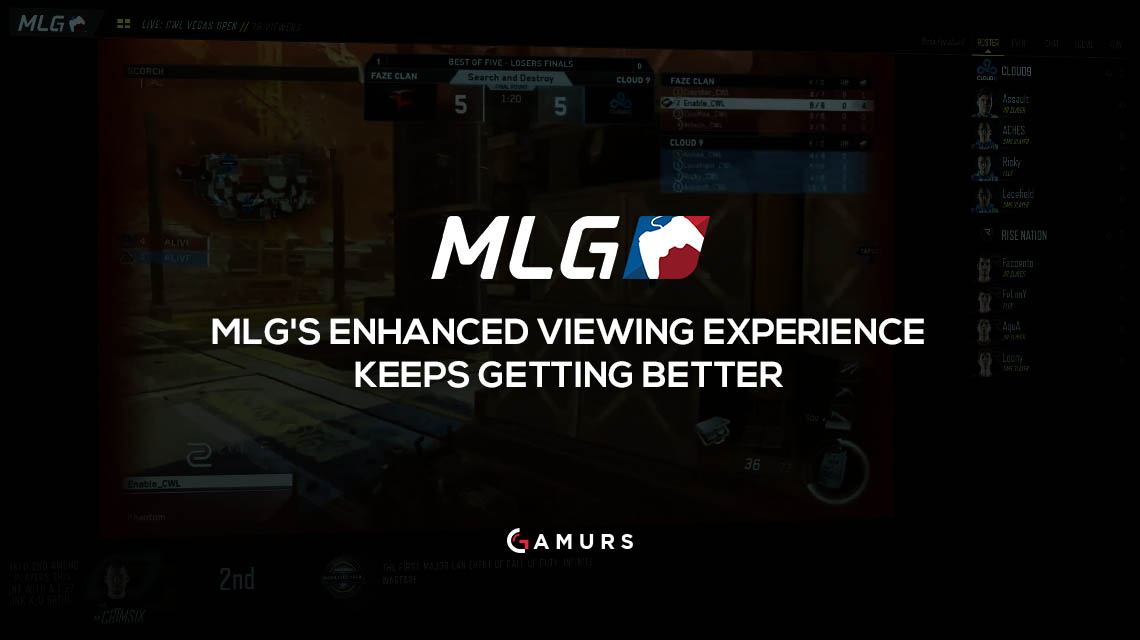 Major League Gaming went all out for their Las Vegas event, the first major open event on the Call of Duty: Infinite Warfare circuit. Not only did they host a Call of Duty tournament, but MLG Vegas was a “multi-day esports and digital culture festival” that included an Overwatch tournament, Friday night party, and other activities for fans.

MLG streamed the event on their own platform (MLG.tv) and YouTube, instead of using Twitch. As a video game streaming service, Twitch holds a firm grip on the market, but some companies, such as MLG and YouTube, are trying to compete. So far, Twitch is still winning. Due to this, total viewership for MLG Vegas was lower than it would have been if Twitch was used, but MLG made up for it with their Enhanced Viewing Experience (EVE).

When MLG.tv first launched in 2013, they wanted to bring Call of Duty to their platform. Professional players were signed to contracts to stream exclusively on MLG.tv, and soon, other streamers followed them over. But several years later, MLG.tv is a ghost town. Once contracts expired, players began moving back to Twitch and MLG decided to make changes to their platform, and that’s where the EVE came in.

In May, Steve Bornstein of Activision Blizzard told Business Wire, “we’re building a network dedicated to the thrill of competition and the passion of the fans. MLG.tv will play a defining role in realizing the full potential of this audience by creating meaningful, memorable and shareable content.”

EVE has evolved a lot since May. For MLG Vegas, new features were unveiled that focused on viewer interaction. Most notably, viewers were encouraged to participate in the chat room by ScoreStreak, a game in which viewers tried to correctly answer as many questions as possible. The trick is that the questions pertain to the match being played, asking things such as, “which team will accumulate the most time after the first hill?”

ScoreStreak is more like low-stakes gambling; a form of entertainment the esports industry has had a lot of success with. Players who correctly answer multiple questions in a row increase their ScoreStreak. All ScoreStreak participants during MLG Vegas earned a GameBattles profile badge, and the top three players earned special badges to display.

EVE also enhanced its statistics. Beneath the stream, live statistics rolled across the screen, usually associated with the players in the match being played. More advanced team and player statistics could also be found under the roster tab. Thanks to MLG and Activision working together, a whole slew of in-game statistics can be captured and updated in real time.

And to allow fans to closely follow their favorite players, EVE provides individual player streams for the match at hand, meaning viewers can customize their experience.

“We’re going to continue introducing new features as they are ready, and if they make sense for the particular game,” MLG spokesman Bruce Dugan told GAMURS.

Is this the future of esports? More and more viewers are tuning into esports events each year. The industry has learned from traditional sports but is forging its own path, and so far, MLG has been a leader. Expect more events to use EVE technology or similar in the future.