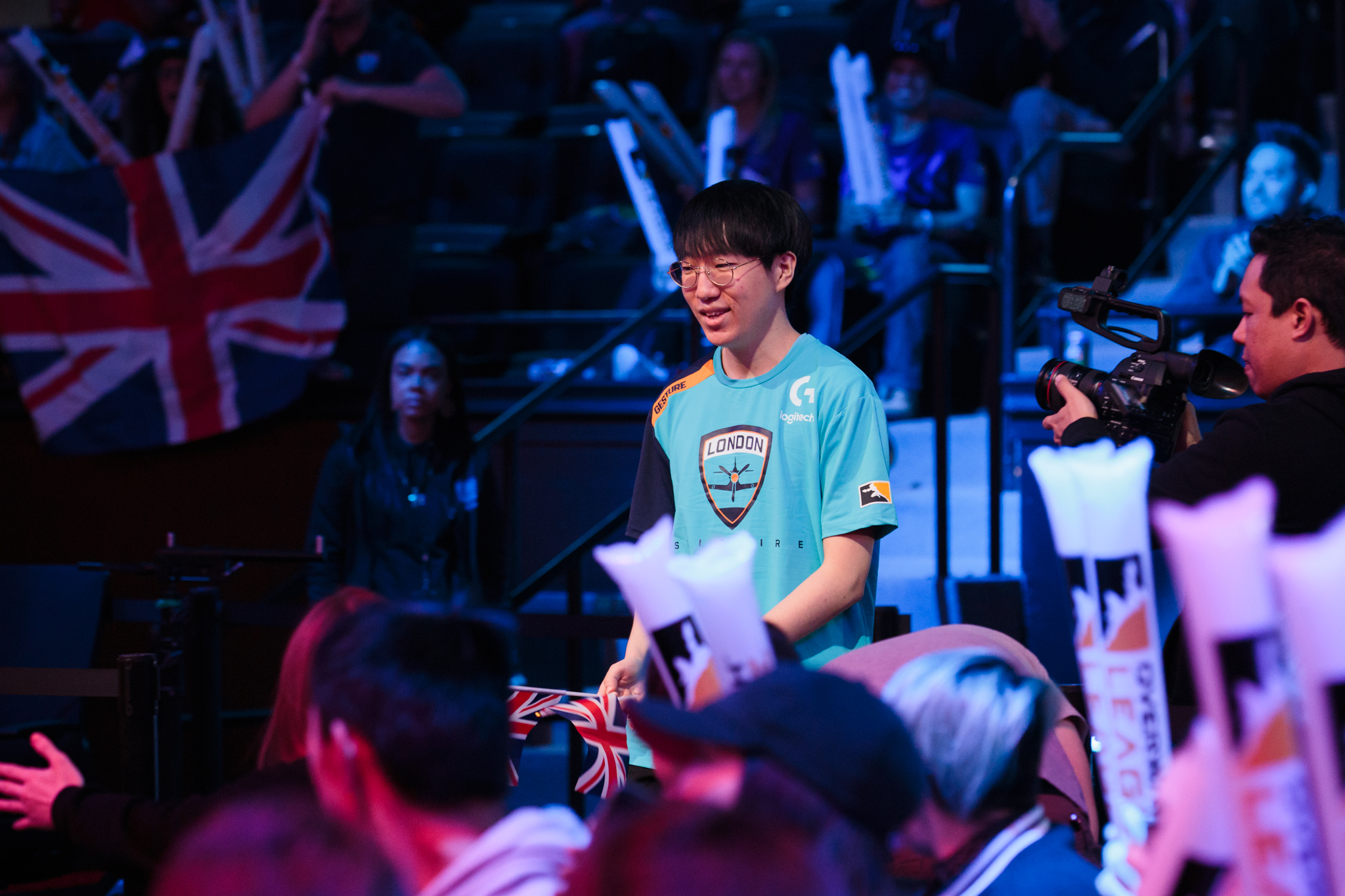 London Spitfire rush out of the King’s Row gates against Philadelphia Fusion with a massive wall of tanks—Reinhardt, Zarya, and D.Va—who are being healed by Moira and Lúcio. Kim “birdring” Ji-hyeok on Junkrat gives London that chaos-based advantage during the Overwatch League stage two semifinals.

The tank-heavy lineup, with everyone stacked behind the Reinhardt shield, is designed to push straight through Philadelphia. And that’s exactly what London do in the match. Unafraid of Philadelphia DPS Lee “Carpe” Jae-hyeok’s Widowmaker, London is unrelenting in their push to the King’s Row capture point. Fusion look to hold off Spitfire, bunching up in the building across from the point—but decide to concede once London’s Reinhardt player, Hong “Gesture” Jae-hui, knocks out Alberto “Neptuno” González Molinillo, who’s playing the important Lúcio role for Philadelphia.

Once Neptuno is gone, Philadelphia back off, allowing London the quick capture of King’s Row’s first point. Philadelphia simply wasn’t ready for London’s aggression; they didn’t hide from the Widowmaker, instead staying safe behind Gesture’s shield.

Their aggression gave London the world record for the fastest King’s Row point A capture at a LAN event, according to Overwatch League analyst Jonathan Larsson and Overwatch statistics website Winston’s Lab.

The fast capture is thanks in part to Philadelphia’s quick thinking to back off the point. On paper, it’s a really smart move. Down a support player, Philadelphia risked getting majorly staggered by London if they chose to fight five players to six. The odds were stacked against them; fighting could have stalled the capture time by a minute or so, but it would have likely set Philadelphia up for a tough hold in the streets phase.

Of course, it was a rough streets phase for Philadelphia regardless. Thanks to a huge Earthshatter from Gesture. Both teams ended up finishing King’s Row, but it was London that eked out that extra, tie-breaking point to grab the map in a 4-3 match. But despite London’s success on Watchpoint: Gibraltar and King’s Row, Philadelphia ended up with the series win, placing themselves in the Overwatch League stage two finals ahead of London.

Ultimately, Philadelphia fell to New York Excelsior in the stage two finals, but not without an impressive fight.