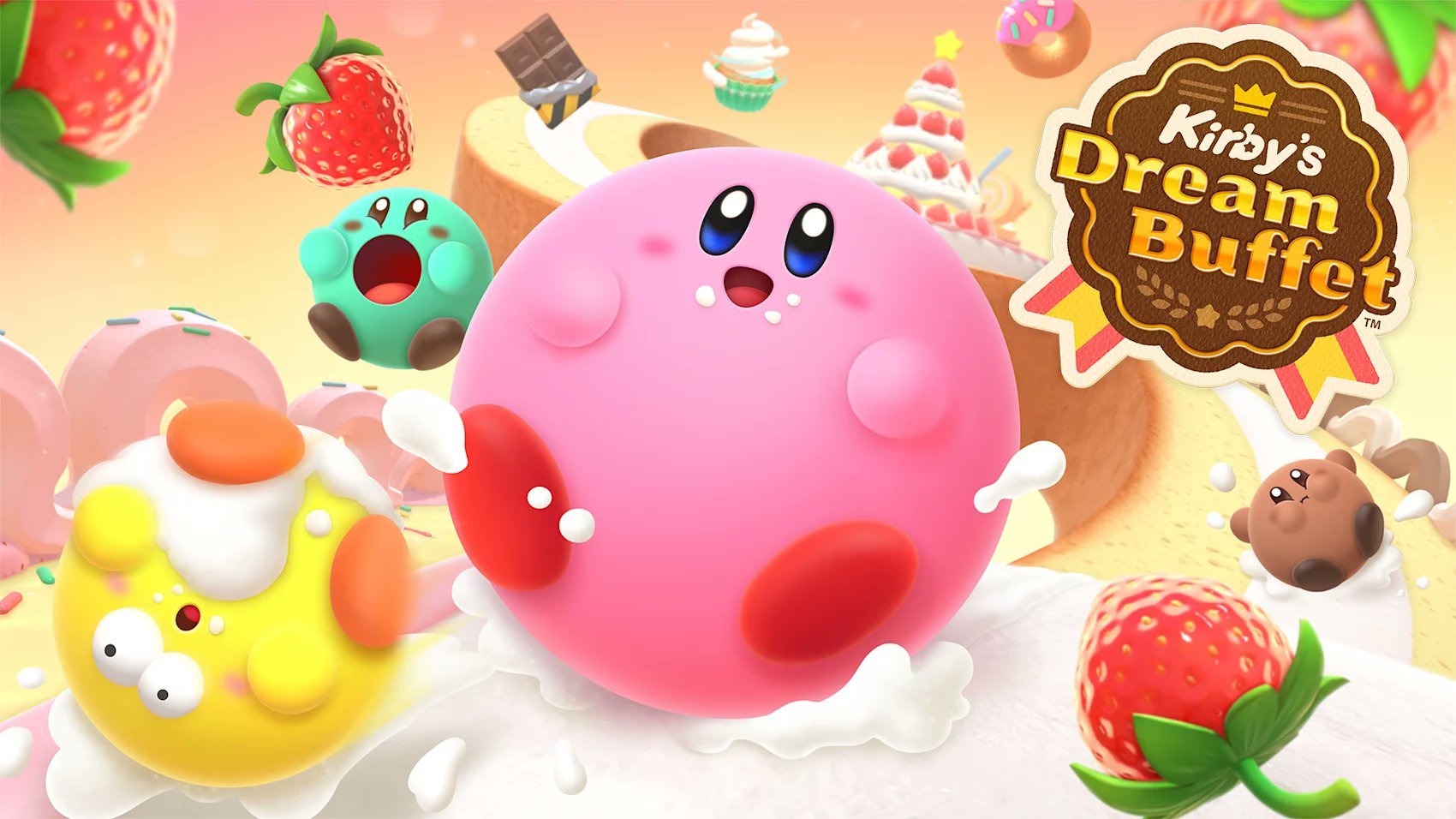 Fans of one of gaming’s hungriest mascots received some good news today with the announcement of Kirby’s Dream Buffet. The newest Kirby game for the Switch will release sometime this summer, according to Nintendo.

The reveal trailer, which features giant obstacle courses made of cake and mini-games against other Kirbies, gives off some serious Fall Guys and Mario Party vibes.

The gameplay shows off how the PvP game can be played with up to four people at a time. Players race around the cake obstacle courses and try to collect strawberries throughout. The more strawberries collected, the bigger a player’s Kirby gets. In at least one mini-game, the biggest Kirby is awarded a first-place ribbon.

Nintendo also promises things take a little turn in the final round of each competition, which is “a fruity fight atop a floating platform.” The strawberries will help players “prepare” for that last round. Whatever that means, it sounds like it’s in players’ best interests to make their Kirby as rotund as possible.

While there’s plenty of easy visual and gameplay connections to Fall Guys—with the multiplayer obstacle course races and confectionary, rainbow color scheme—there is at least one noticeable difference in the Kirby’s Dream Buffet. It seems players have the ability to actually attack others in the middle of the obstacle courses, as one Kirby rolls right through another. There also seems to be some power-ups and other moves players can perform that allow them to move faster through the maps.

However the new game plays, it’s clear Nintendo sees another lane for a party game, and Kirby’s Dream Buffet will look to compete with Fall Guys on the Switch. The game will be a Nintendo eShop exclusive and will release some time in the next couple months.