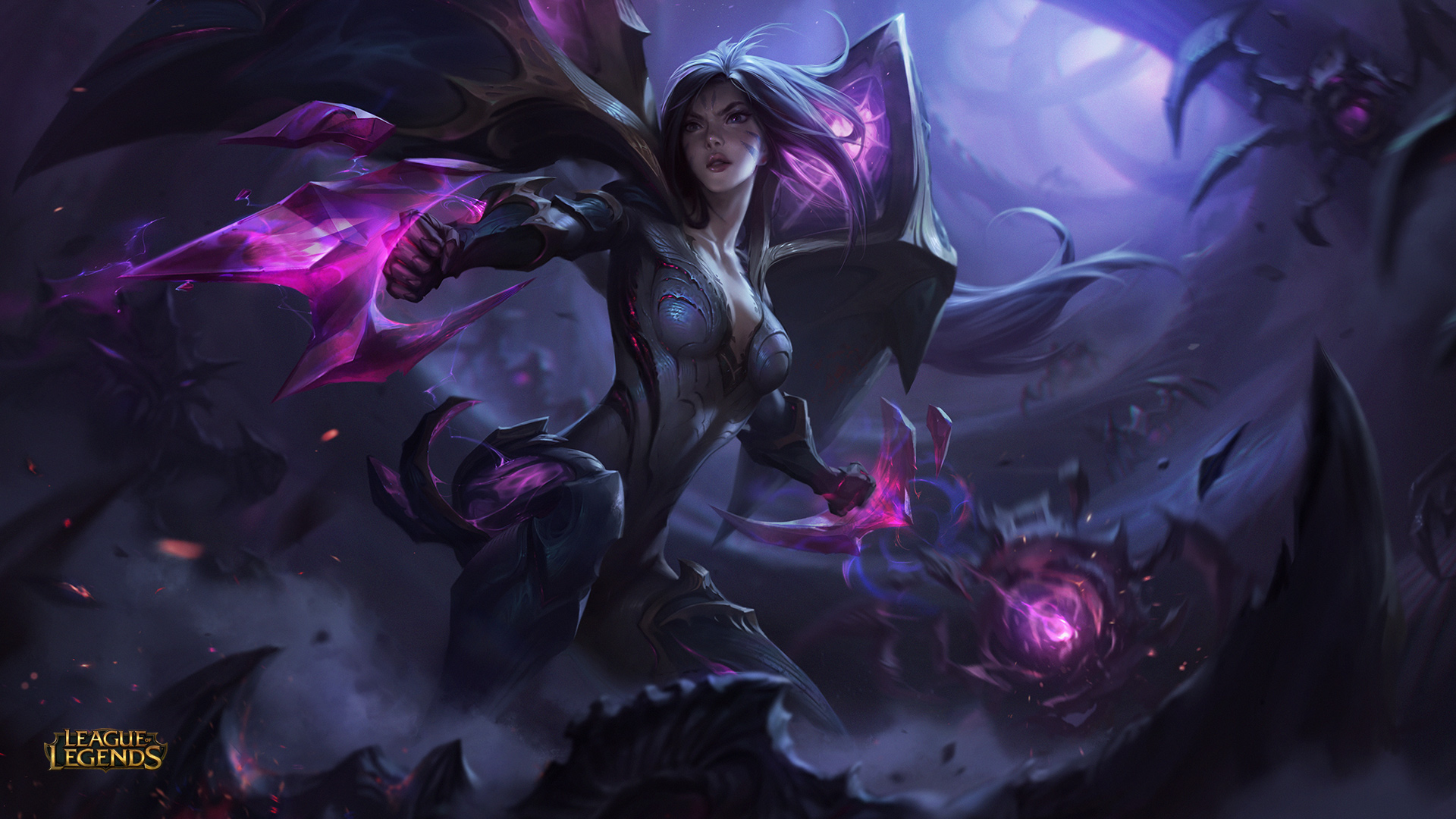 Her name is Kai’Sa, and she’s a human that was trapped in the Void for years. She barely survived by adapting the symbiotic skin of a living Void creature—making her a half-human, half-void hunter. It doesn’t get much more badass than that.

It appears that the Garena publisher may have pushed Kai’Sa’s reveal too early. The page published is identical to Riot’s official champion reveal pages, but none of the official League regional websites have posted it yet. Not only that, but it appears that each video showcasing her abilities, as well as her full trailer, have been removed from the page.

Kai’Sa isn’t the only human-Void hybrid in the game, but she is the first to adapt a Void name. Kassadin is the result of a human that was fused with the Void, and Malzahar is a human that was gifted its powers.

Through her Voidlike name and the short blurb of backstory given on the reveal page, it seems that Kai’Sa may be more conflicted through her personality than the likes of Kassadin, though. It seems that much of her dialogue and identity will be split between the primal instincts of destruction from the Void and the precision and cunning of a human hunter—which sounds really cool.

With her—possibly unintended—reveal this morning, she will probably be available for testing on the PBE within the next day or two. This would mean she’ll go live in Patch 8.5 on March 7, assuming it follows the same schedule as the last couple of new champions.