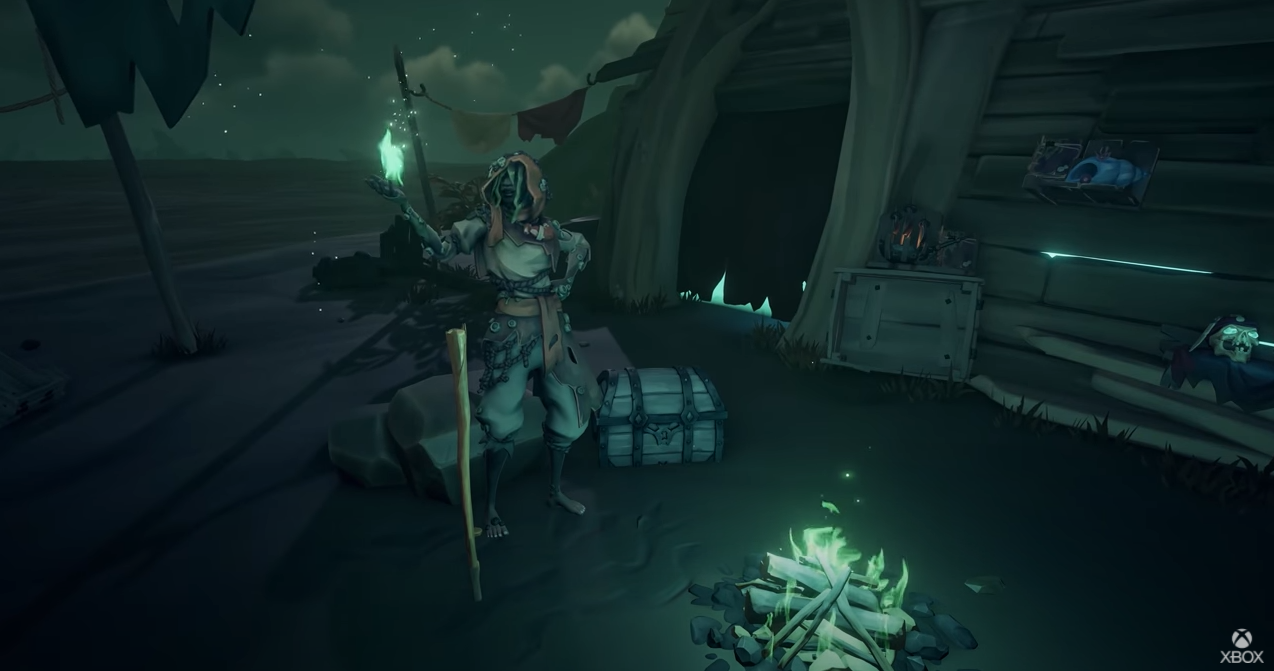 The upcoming patch in Sea of Thieves this week introduces the popular Disney character Jack Sparrow and a handful of “Tall Tales” to play.

Sea of Thieves: A Pirate’s Life will allow players to quest through a storyline that’s unencumbered by other players online by using instanced gameplay for your party.

While one of the primary elements of Sea of Thieves has traditionally been its online multiplayer open world, “Tall Tales” will serve as strictly PvE scenarios, preventing you from getting griefed by players outside of your party.

You’ll begin your Tall Tales by talking to the “Mysterious Castaway” who appears to be the soothsayer Tia Dalma from Pirates of the Carribean, according to Xbox’s showcase of A Pirate’s Life.

“[She is] this new character that has come to the Sea of Thieves world and has made camp at all the outposts,” Sea of Thieves creative director Mike Chapman said. “She is the gateway to all of these stories.”

Meanwhile, you can track all of your progress and find direction during your adventures by using quest books.

During each Tall Tale, there will be a series of checkpoints that you can go back to in the same place where you’d pick up or vote for quests as well.