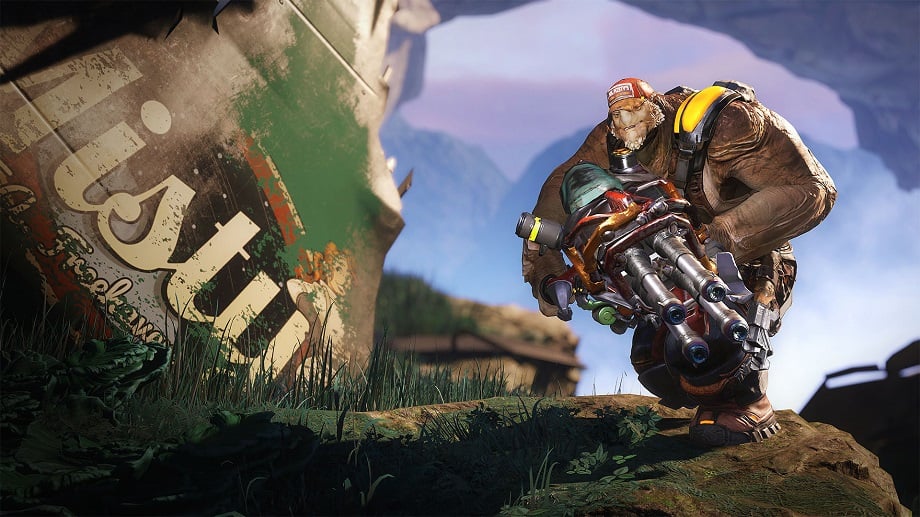 Earl is one of the 10 playable characters in Crucible. While the other characters rock an alternative, cool-looking title next to their names, Earl prefers to keep his name. The intergalactic truck driver is a solid, tanky character who’s just trying to gather enough essence to repair his ship and go home to his wife Misty with the help of his trusty Light Machine Gun.

Related: All characters and abilities in Crucible

Anyone who enjoys standing in the frontlines of the battle will enjoy Earl’s kit, which consists of healing, extra damage, and mobility at an unexpected level considering he’s a big guy.

Here’s what you need to know about how to play Earl in Crucible. 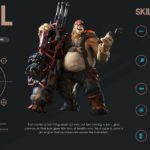 Afterburner (L Shift): Afterburner turns Earl’s LMG into a rocket which he uses to launch himself forward. The ability’s long activation time enables long-range rotations and it can’t be canceled until its duration is over.

Tanking Up (Q): Once Earl uses Tanking Up, he takes out a potion which heals him for 200 HP over 0.5 seconds.

Blowback Vents (E): Blowback Vents is an AoE shielding ability which expands over time up to eight meters and deflects projectiles. Enemies that come close to its range also get knocked back.

Upshift (Right Click): Upshift bursts out a round of explosive shots and contributes to Earl’s passive Turbofire.

Level one, Packing a Spare:  Gain an extra 30 maximum ammunition.

Level three, Scatterblast Shot: Increases Upshift’s AoE to four meters alongside its damage by an additional 12.5 to 25 damage.

Level four, Full Throttle: Causes enemies to get knocked back, stunned, and take 36 damage if they collide with Earl during Afterburner.

Though Earl’s kit gives him the extra mobility and firing rate he needs, his gun may still end up being too slow in unexpected skirmishes. Charging his passive Turbofire even in safe situations will be beneficial in the long run.

Healing, with Tanking Up, once he’s clear of enemy lines is the way to go and Blowback Vents is a great tool for both defending and attacking.

Afterburner can be used to rush to a second objective before your enemies even notice or help you reposition yourself if your team decides to change plans.