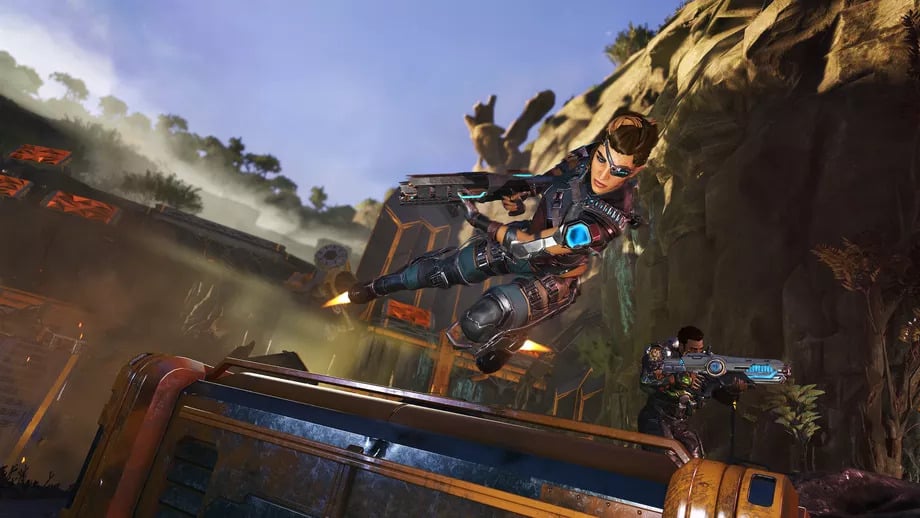 Amazon Game Studio’s first big-budget PC game has a lot to live up to.

Crucible is a free-to-play action-packed third-person team shooter set on a rampant jungle planet in the future. Each match is a fight for survival and control with your enemies and the environment. Overgrown and teeming with life, the world of Crucible is full of surprises.

Crucible will make its grand debut on May 20 and will be available to download for PC on the Steam store. But if you want to get a step ahead of your opponents before you jump into the game, you should learn about each of the playable characters.

Here are all characters and abilities in Crucible.

Ajonah is a cunning warrior of the Orisi people, a race of amphibian raiders. An opportunist and a master of guerrilla warfare, she harasses her enemies and uses traps to cement her advantage on the battlefield.

Earl carries a fast-firing heavy weapon, but he’s too big to be a glass cannon. All that bulk gives him tons of health—and the muscle to carry a jet engine that launches him across the battlefield.

Captain Mendoza is a Unity veteran who favors a pragmatic approach to combat. He’s a classic run-and-gun essence hunter with access to healing and cover to sustain himself through tough encounters.

Don’t let this robot’s adorable exterior fool you. Bugg can slow enemies, shield allies, and deploy plant turrets to needle the opposition, which makes him a force to be reckoned with on the battlefield.

Summer can use her fiery abilities as often as she likes, until her custom twin flamethrowers overheat and momentarily shut down. Getting a little risky keeps things interesting, right?

Shakirri is a talented, honorable hunter who prefers to confront her enemies head-on. A master of quickness and precision, she doesn’t just defeat her enemies—she does it with style and grace. Her unmatched determination and self-confidence mean she’ll never give up.

Tosca is an agent of chaos, so the winner-take-all battles on Crucible suit her just fine. With a high-tech shotgun and a short-range teleport, she can blast her enemies and escape untouched. If you’re planning a fair fight against Tosca, you’ve already lost.

Drakahl is the nastiest example of a nasty, warlike race. His combination of brute force and psychotic ferocity make him one of the most dangerous fighters in the galaxy.

Rahi and Brother form a perfect partnership. Rahi’s got the heart, Brother’s got the brains, and together they’ve got a mission to make the galaxy a better place for everyone. They’re also an effective fighting duo with close-range brawling tactics, shield manipulating, and reconnaissance utility.

As an ex-Unity soldier, Sazan understands the value of having the right tool for the job. Her preference is an electro-knife, a shotgun, and an inertia gun.