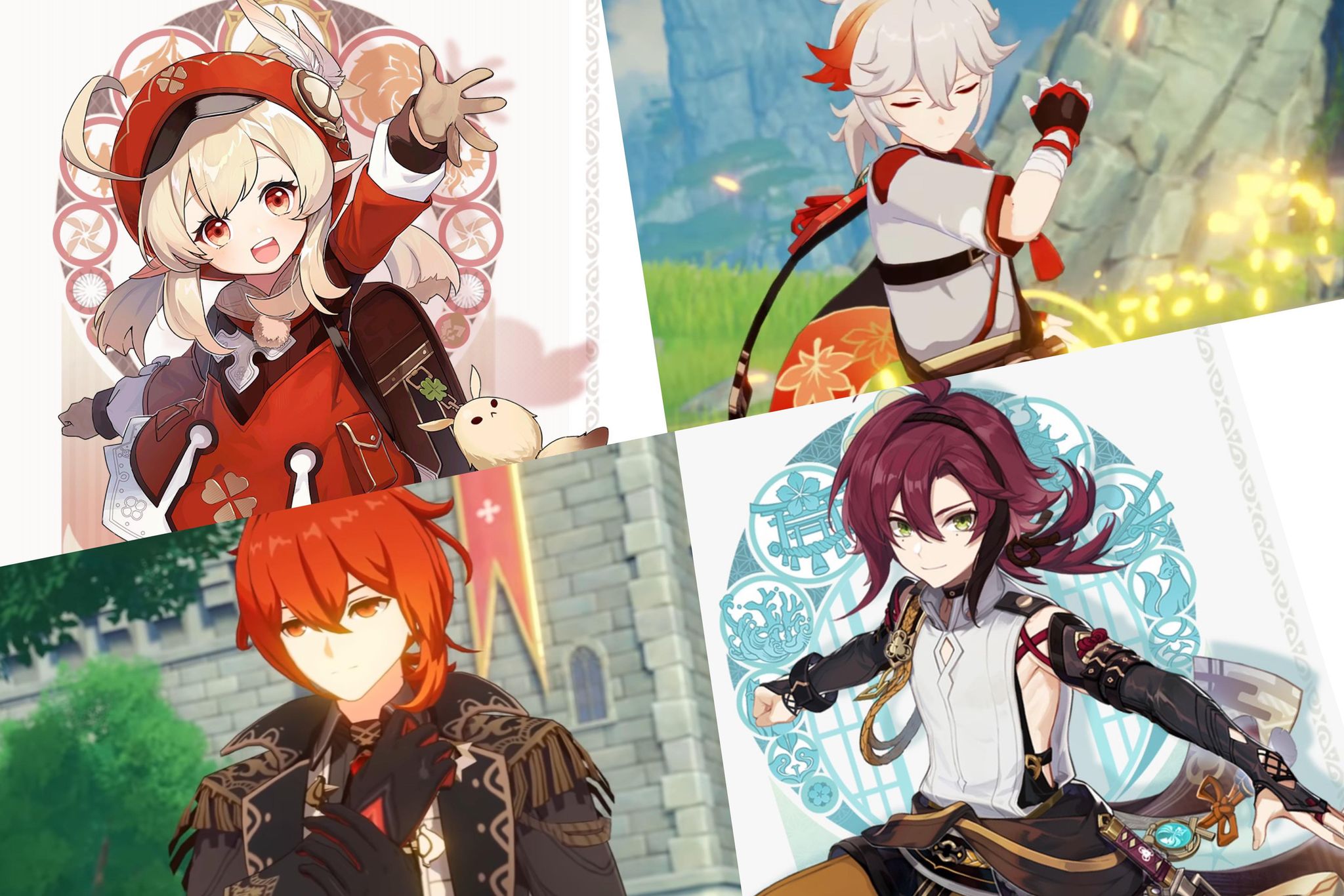 Version 2.7 of Genshin Impact is expected to come to an end halfway through July. This means that players can expect the arrival of Version 2.8 to follow right after and that new content is on the way.

Although little has been officially confirmed for Version 2.8, many hints and rumors have led to players speculating and possibly discovering what might appear in the update.

Here is a complete breakdown of everything that is expected to appear in Version 2.8 of Genshin Impact.

Shikanoin Heizou, a new Anemo character, is expected to arrive in Version 2.8 following miHoYo revealing the character on the official Genshin Impact Twitter page. What weapon he wields and whether he is a four or five-star character remains unknown, but it is likely he will be a five-star considering that miHoYo usually releases at least one new five-star character with each Version update.

Heizou’s design suggests he might be a Sword character, but designs have been misleading in the past, as was the case with the Raiden Shogun whose artwork shows her with an Electro sword but is actually a Polearm character. Thus, players can only speculate on what Heizou’s weapon is until miHoYo officially reveals it.

The Anemo character is a young detective working with the Tenryou Commission, who are located in Inazuma and serve under the Raiden Shogun. Kujou Sara, who players that have reached Inazuma should be quite familiar with now, is the current General of the group. Heizou was described by miHoYo as “free-spirited and unruly, but cheerful and lively.”

Leaks on the Genshin Impact leaks Reddit are usually right when it comes to predicting what’s to come in Genshin Impact’s future and especially so when it comes to character rerun banners. Based on the direction of the storyline and information that has been found by members of the Genshin community, it is highly likely that, in addition to the introduction of the new character Heizou, reruns for five-star characters Klee, Kaedehara Kazuha, and Yoimiya will also occur at some point during the duration of Version 2.8.

If this information proves true, Klee will have her third rerun while Kazuha and Yoimiya will have their second. Because Kazuha and Yoimiya have only had their banners debut once for their initial releases, players who missed out on them have highly requested their reruns for some time since. Thus, Kazuha’s special featured “Leaves in the Wind” banner and Yoimiya’s special featured “Tapestry of Golden Flames” banner returning at some point during Version 2.8 makes sense, considering the wishes of the Genshin community.

Skins for Genshin Impact characters are a relatively new concept for the game. As of June 2022, only four entirely brand new skins have been introduced into Genshin. Four remodeled skins were also released for Jean, Mona, Rosaria, and Amber, but these were very slightly altered versions of their existing skins that were introduced to give them less revealing outfits. These four skins were specifically designed for China’s regulations and are now the default for all players who play Genshin Impact in China.

Version 2.8 is expected to bring two new skins to Genshin. These skins are expected to be for five-star Pyro Claymore character Diluc and four-star Electro Bow character Fischl.

Players will likely need to complete a series of tasks or quests to attain Fischl’s skin but it will still be entirely free upon doing so. Diluc’s skin will likely be called “Red Dead of Night” and Fischl’s “Ein Immernachtstraum” based on information uncovered by those in the Genshin Impact leak community on Reddit.

Diluc’s skin is rumored to be the first one that will actually slightly alter gameplay. All other skins have simply changed characters’ outfits but this skin may change the way Diluc’s abilities appear. Leaks suggest Diluc’s skin will make his Pyro abilities look much darker and redder, as is pictured below.

While no official images of what Diluc’s skin will look like have surfaced, rumors suggest it will be a bartender-themed skin. Considering Diluc runs Dawn Winery, this would make a lot of sense and fit his character quite well. A video showcasing the difference between the effects on his regular skin and the new one was also uncovered and shared on Reddit.

Because Version 2.8 will be released during the summer, it is no surprise a few summer-themed events may launch throughout its duration. Summer 2021 featured the “Midsummer Island Adventure” that allowed players to explore a limited-time map called the Golden Apple Archipelago.

The Version 2.8 update seems to have many new events that will launch during it. The possible “Summer Odyssey” and “Reminiscent Regimen” events appear to be summer-themed and feature bountiful rewards including Primogems, Hero’s Wit, and more.

The “Evermotion Mechanical Painting,” “Resonating Visions,” and “Hidden Strife” events do not appear to be summer-themed and instead look like they will be new, normal-style Genshin Impact events.

Following the unprecedented extended delay leading up to the release of Version 2.7, miHoYo revealed that Version 2.8 was expected to release on July 13. No further updates have been given which means things are likely still on track and Version 2.8 can be expected to launch on July 13 following several hours of maintenance.

Possible summer-themed artwork for Version 2.8 was also discovered and shared on Reddit, as is seen below. Genshin Impact’s Version 2.8 update is shaping up to be a summer-themed blast sure to deliver players lots of new content that will keep them very busy until the Version 2.9 update launches around six weeks after.