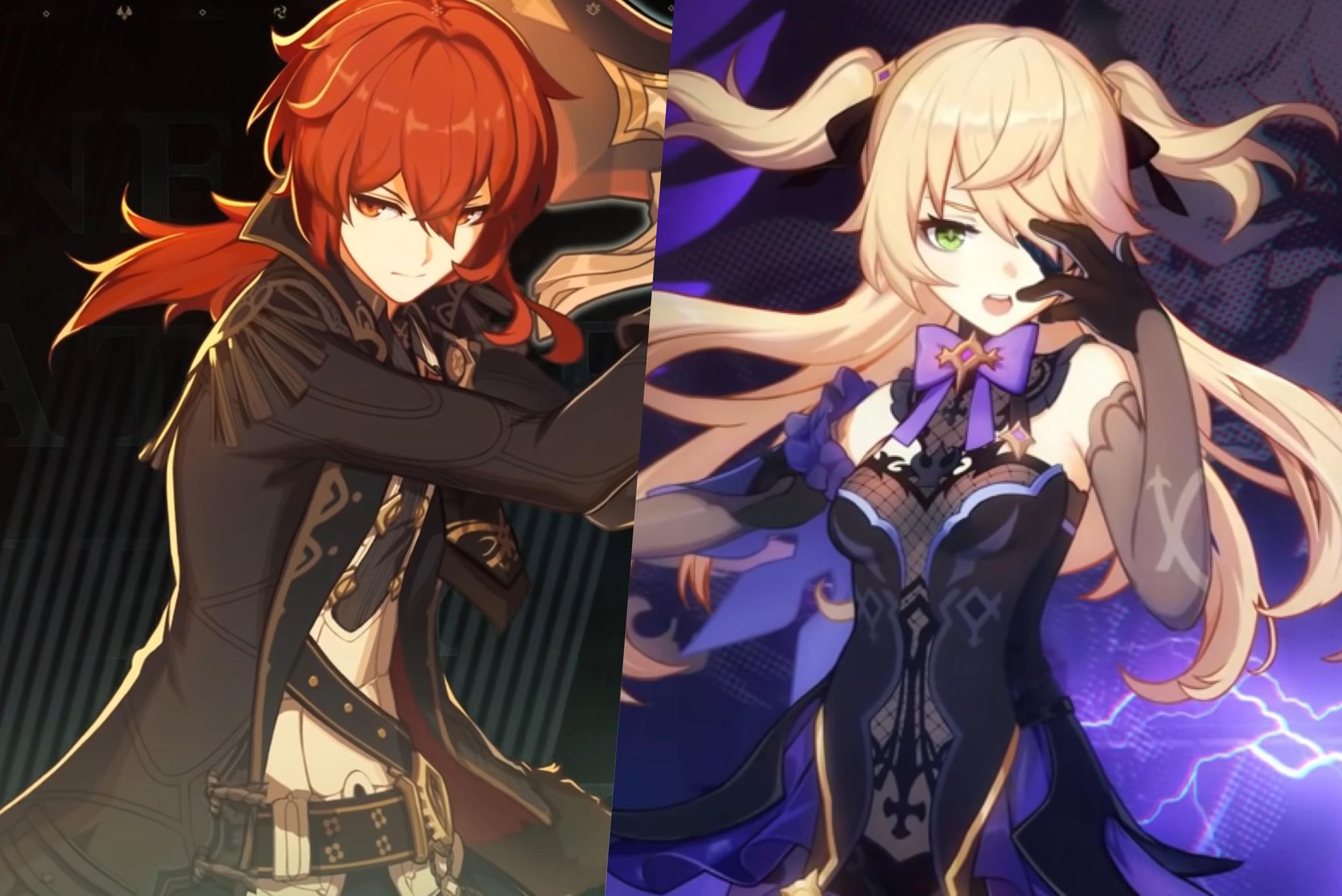 Version 2.8 of Genshin Impact is rapidly getting closer to being released. The update is expected to bring lots of exciting content to the game including new banners, banner reruns of beloved characters, new events, and two new skins.

The two new skins arriving in Version 2.8 will be for five-star Pyro Claymore character Diluc and four-star Electro Bow character Fischl. Genshin fans have uncovered images of what Diluc and Fischl’s skins are expected to look like.

Character skins are still a fairly new concept for Genshin Impact. As of July 2022, only four official new skins have been launched in the game.

Fischl’s skin is expected to be free to all players upon completing a series of tasks because this has been the pattern with four-star character skins thus far. The Electro Bow character’s new skin features an outfit that is much more purple-toned than her regular one, as well as an eye color change since her one visible eye is usually green but is now red.

Diluc’s skin is expected to require players to spend real money. This is due to him being a five-star character and has also been the case with all five-star skins thus far.

The Pyro Claymore character’s new skin has his hair up in a ponytail, a highly requested look from the Genshin community, and features a new outfit that is much redder than his usual look. His skin will also be the first one to have effects that actually change how his Pyro abilities look while he is in battle. Diluc’s usual bright orange flames will appear much darker and redder during gameplay when this skin is equipped.

Another Genshin Impact player shared a screenshot of Diluc’s skin actually live in the game. The image is low quality, but players can see the details of his new hairstyle, as well as those presented on his new red outfit.

Suspected prices for the two skins were also uncovered by the Genshin leak community and are as follows. As was previously mentioned, Fischl’s skin will at first be free through a series of tasks and will later be available for money for any players who are unable to collect her during that time.

Diluc and Fischl’s skins are expected to launch sometime during the Version 2.8 update of Genshin Impact. Based on the patterns thus far, Fischl’s skin is expected to be tied to completing a new event and the Diluc skin will likely launch alongside the same event.