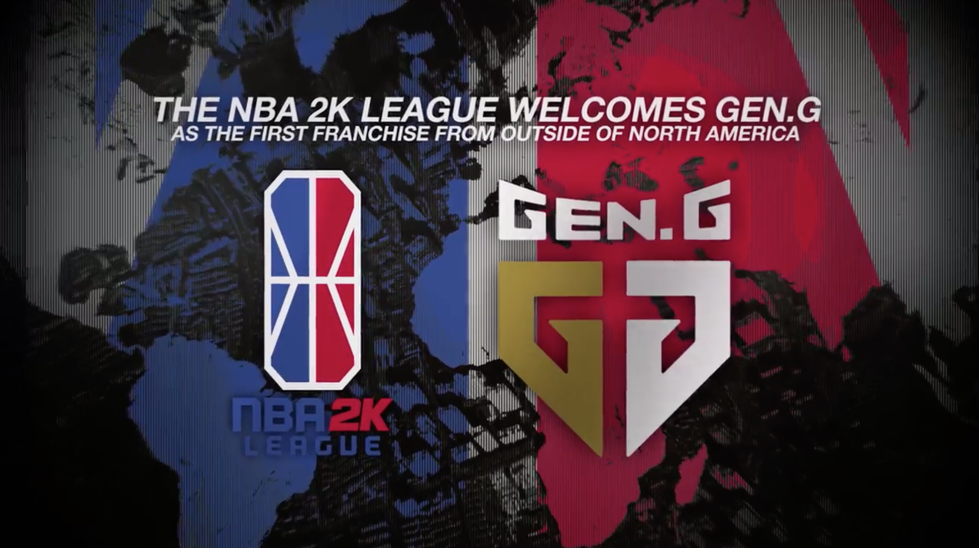 The NBA 2K League is expanding to China for the 2020 season as the result of a partnership between esports organization Gen.G and the NBA.

Known mostly for its competitive teams in League of Legends and the Overwatch League, Gen.G’s NBA2KL affiliate will eventually be based in Shanghai, but until then, the team will train at the organization’s Los Angeles headquarters.

The Gen.G 2KL team will be the first squad outside of North America and the first in the league that isn’t affiliated with an existing NBA franchise.

By partnering with Gen.G, an already well-established organization in Asia, the NBA2KL seemingly hopes to expand the global popularity of the league, as well as the depth and diversity of the player pool.

In addition to the establishment of a new franchise in the league, the agreement will see Gen.G leading the charge in NBA 2K talent identification and player development in the Asian market.

With more than 12 million followers across all platforms, Gen.G will also work closely with the 2KL to expand the league’s brand identity throughout the country and continent by spreading its content.

“This is a historic moment in the NBA 2K League’s journey to becoming a truly global league with fans, franchises and players from all over the world,” NBA2KL managing director Brendan Donohue said. “Gen.G is the ideal organization to launch our first team from outside of North America, and we look forward to working with Gen.G to reach new fans in Shanghai and identify elite talent across Asia.”

Since the inaugural draft class in 2018 was made up entirely of men, Donohue and NBA commissioner Adam Silver identified the lack of diversity as a weakness to the talent depth and overall popularity of the league. As part of an ongoing effort to recitfy the issue, the 2KL has embarked on outreach programs that hope to identify more league-worthy players from other demographics.

Along with the inclusion of the Charlotte Hornets’ new affiliate, Hornets Venom GT, Gen.G’s team will bring the league to 24 total franchises, up from 22 in the 2019 season and 17 in 2018.

Correction Sept. 26 7:31pm CT: In an earlier version of this story, we incorrectly said Gen.G’s team would immediately be based in Shanghai. The team will eventually be based in China, but it will be based in Los Angeles for the time being.