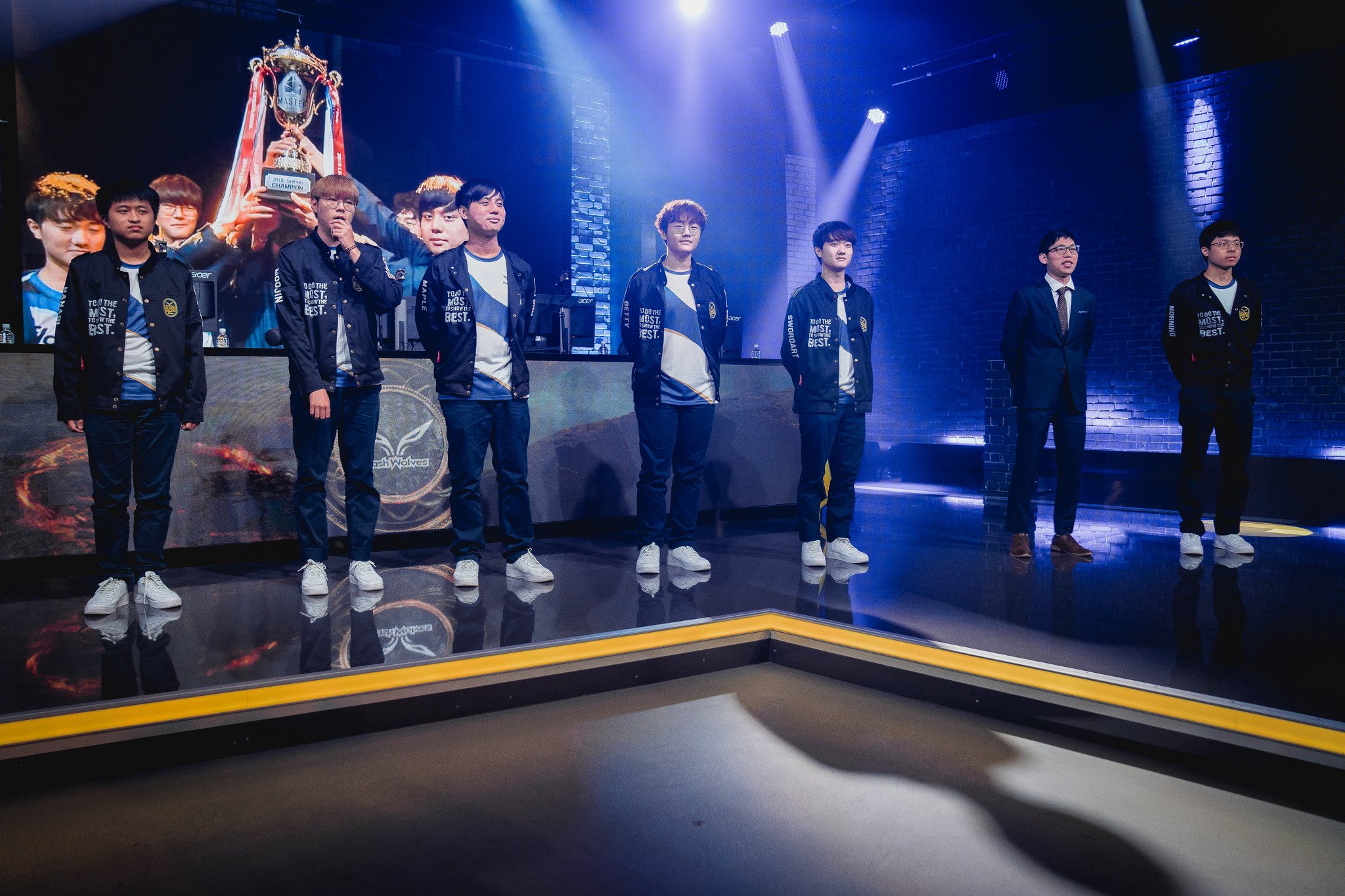 Flash Wolves came into the 2018 Mid-Season Invitational with something to prove due to their poor performances at the tournament in previous years. The roster got off to a good start, taking down both of their opponents on the first day.

The Flash Wolves faced off against EVOS Esports and Fnatic to kick off their group stage run. They earned a routine, dominant win against EVOS in the first match but struggled slightly against Fnatic before pulling out the second win. Though both of these opponents aren’t the favorites of the tournament, it’s still a good 2-0 start for the team.

Fans of the Flash Wolves can be happy after these first two wins, but the squad still have much to prove since they haven’t played the strongest teams yet. The signs are positive, with their star players playing at their best and the team playing coordinated as a whole.

Both Huang “Maple” Yi-Tang and Lu “Betty” Yu-Hung played fantastically and were the key reasons for their teams’ success on day one. In League of Legends you typically won’t get far unless your star players are able to carry the team. Flash Wolves’ mid laner and ADC did just that against Fnatic and EVOS.

Maple outshone Betty slightly because he didn’t die but Betty had two deaths. Both players had a stellar KDA with Maple earning a 19/0/9 and Betty sporting a 14/2/15. In the first game against EVOS, Maple was able to positively impact his side lanes with Taliyah, picking up kills almost every time he roamed.

In the second game, his Vladimir was something to be feared by Martin “Rekkles” Larsson and Rasmus “Caps” Winther. Maple would rush into Fnatic’s back line to quickly kill, or significantly damage, both Rekkles and Caps in order to mitigate their impact on a team fight. This allowed the rest of his team to clean up the front line and result in a teamfight win.

Betty also put in a strong performance and was a key factor, especially in the win over Fnatic. Facing off against one of Europe’s greatest ADC’s is a daunting task for many players but Betty did not back down from the challenge. He won his lane and then was able to group with his teammates while Rekkles was off farming in a side lane.

A 2-0 start is well and good but tougher teams await Flash Wolves moving forward. They still have to play Royal Never Give Up and KINGZONE DragonX in the coming days. They will face off against RNG tomorrow and KINGZONE the following day. These two teams are the favorites at the tournament and therefore are the ones to beat.

KINGZONE looked incredibly strong on their first day and have carried their LCK dominance over to the international stage. They brushed aside both Team Liquid and RNG to also start off the group stage with a 2-0 record. When Flash Wolves take on the Korean champions on Sunday, that will be a true test of their skill. Last year at MSI, the Flash Wolves did manage to win a game against SK Telecom T1. They will be hoping to repeat that feat this year.

Before Flash Wolves take on KINGZONE, they battle against RNG in a match that could decide the best contender for KINGZONE. RNG beat Fnatic in the first game of the day but fell to the team from Korea in the final match. RNG will be looking to avenge that loss and climb the standings when they take on Flash Wolves.

Flash Wolves will need to continue what they did in the first day and look to their carries in Maple and Betty if they are to stay unbeaten. Tougher challengers await this team and we will see if they are up to it, or if they will fall like they have before.

Flash Wolves start day two with a match against the North American champions Team Liquid at approx. 6am CT.