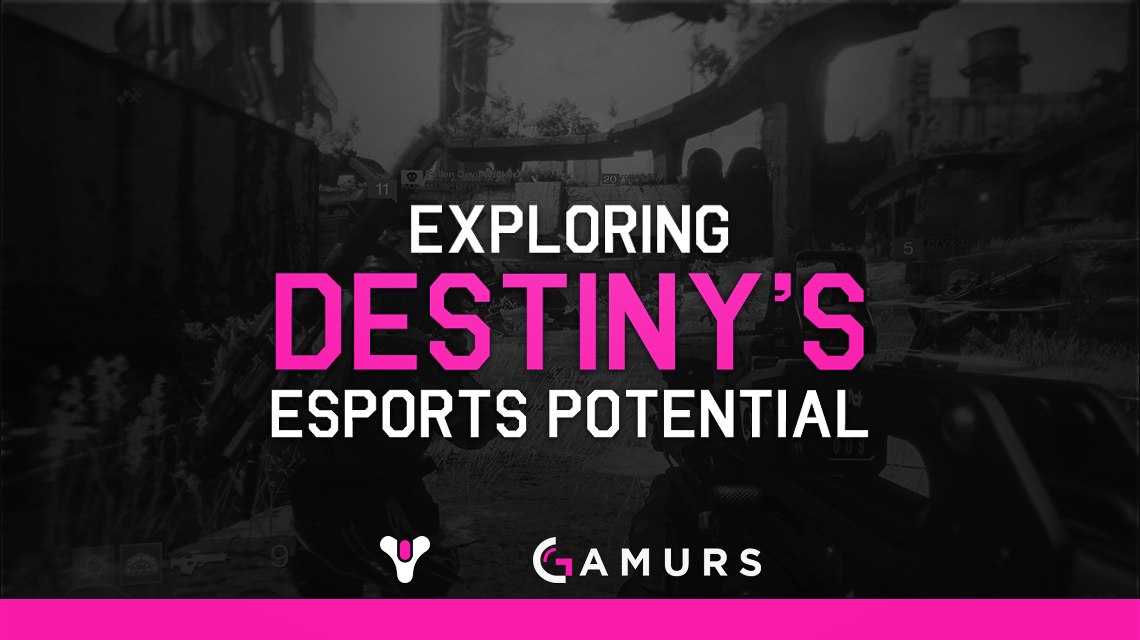 It’s been nearly two yearssince the launch of Destiny, Bungie and Activision’s space-faring first-person shooter, butone of the most sought-for announcements was finally made atGamescom this week with the inception of privatematches.

Up until the upcomingexpansion, Rise of Iron, when players wanted to match up against eachother, they needed to enter a playlist at the same time and hope toget matched up. Sometimes, it helped if the party leaders lived inthe same region, but the experience was hit or miss and made forlots of frustration at times.

As such, private matches havebeen a hugely requested and longed for feature in Destiny since itcame out. This week at Gamescom, Bungie finally delivered, thanksmostly due to the fact that with Rise of Iron, support for PS3 andXbox 360 has been dropped. And Bungie is taking private matchesseriously, as evidenced by thispage on their site which outlines a Destiny CompetitionLicense, which allows people to conduct tournaments in the game. Sothis bevy of news begs the question: what is Destiny’s futureas a potential esports title?

Private matches in Rise of Ironwill support anywhere from 1-12 players, on any of the game’smaps with any game mode. In the past, competitive Destiny or“sweaties” as the players have come to call it, hasbeen played in a 3v3 format, but it remains to be seen where thecompetitive scene will go now.

MLG has already announced a 3v3 tournament that begins on Sep. 25, withladders that begin at Rise of Iron’s launch on Sep. 20. WithMLG and GameBattles on board, things are obviously off to a goodstart.

While this week marks thebeginning of Destiny as a competitive game for some, it has had its fairshare of play over the past couple years thanks to the help ofTwitch and a few others involved behind the scenes.

FarCognitions is a site that has run Destinytournaments in the past before private matches were viable and sawthe potential of the game as an esport before it was readilyaccessible. The owner of the company, Eric from New Jersey, startedthe site on his own after participating in “sweaties” with thecommunity that had built on Twitch, wanting to give competitiveplayers a place to compete in the game. It was through“FarCog” that the competitive community was able togrow, as there was otherwise no place to play Destinycompetitively.

“After hearing Bungie officially say thatprivate matches were coming, a huge sense of relief came overme,” said Eric. “I say relief because I think of allthe countless hours we had to waste sitting in orbit trying tomatch up with each other are now going to be a thing of the past.The Destiny community is unlike any other community on Twitch interms of loyalty, diversity, and straight up love for one another.Thank you everyone for the support, and for the last time,#SaveTheShweatiez.”

A look at some of thecustomization options of private match.

The Twitch community is wherecompetitive Destiny was born and continues to grow. Wheneverthere’s a tournament taking place on a weekend in Destiny,the game seems to climb the ladder of the most viewed games onTwitch, showing that there is a thirst to be quenched when it comesto the game as an esport.

One of the most well knowncompetitive players in Destiny is Twitch streamer Luminosity, who regularly broadcasts Crucible PvPgameplay along with any tournaments that he enters in with his teamknown as “BombSquadKittens.” When tournaments are beingplayed, he is always near the top of the game’s viewershipdirectory. As one of the people at the forefront of the Twitch‘sweaty’ community, it’s people like Luminosity,(or Lumi) as he’s come to be known, he is important as thegrowth of an esport happens through viewership and exposure as aspectator’s game.

“I always knew [Destiny]had the potential to go competitive,” said Lumi. “Withthe right rules it could, and I think the community held tourneysthat showed that there was an audience for it. Destiny is still avery new game and this year will be the first year with customs, soit’ll be interesting to see where it goes exactly. But I’ll dowhatever it takes to try and make Destiny the next big esport onconsole.”

Twitch streamer “Gothalion,” arguably the most well-known nameand face in the Destiny directory, was also clearly excited by theprospect of the news and said he plans to host tournaments in thefuture. This can only mean even more exposure for Destinyesports.

Twitch community bout to get a lot more funwith private matchmaking. I cannot express my joy.

Twitch Creators and Competitive “Sweaties”,Lets work together to organize tournaments to highlight skill andsportsmanship. Get at me.

Obstacles in the Way

Before getting too excited,there are still a number of issues holding Destiny back frompotentially being the next big esport. One of the main problemsholding back Destiny as a competitive game is how prevalent randomnumber generator is in the game. RNG means perks on weapons andarmor are rolled randomly when they drop, leading to playersgrinding the game for a “God Roll” on the best guns and armorpieces they can find. Perks can add more range to a shotgun orstability to a handcannon, and they can add a faster cooldown onGrenade and Melee abilities. This raises an issue foresports.

As of now, private matchesdon’t have a base set of weapons or armor, so there is reallyno level playing field. People with the best gun rolls and armorsets will have an advantage by default. In past online Destinytournaments, players have even recovered accounts of friends simplybecause they have a better shotgun than them. This will inevitablybecome an issue in the future and create road blocks on the way toDestiny’s future as a competitive game.

Supremacy is a new game modecoming to Destiny in Rise of Iron.

Another large issue is the lackof a spectator mode. Twelve people can join a lobby, but there isnothing in place for a spectator or broadcaster to watch and cyclethrough the players for a spectator experience, although aworkaround may be possible until there is an inclusion of such afeature in the future.

Destiny has various game modes,but the ones most often played in the competitive community havebeen simply “Skirmish” which is just a team deathmatch.There are objective-based game modes in Destiny, such as theCTF-like “Rift” game mode, but the sweaty communityhones in on the TDM type, which could be aproblem.

It’s clear that Destinyhas potential as an esport. Its viewerbase on Twitch is stillsolid, and this should only help in the months to come. With therelease of Rise of Iron, people will come back to Destiny and wantto play it and watch it, and now with private matches, esports area real possiblity. MLG, GameBattles and Twitch’s communityare already showing their support, and who knows who could benext?

According to GameInformer, Bungie is excitedabout Destiny’s prospects as an esport. “Bungie told us they were eager to see ifthe community embraces a more public competitive scene in the wakeof private match introduction,” they said.

“We feel like this is a verygood first stab at the private match experience,” said leadCrucible designer Lars Bakken. “We know there’s more that we cando, but we wanted to give [the players] a very high qualityexperience out of the gate. We’re just excited about the future andwhat people find exciting and what they want to see moreof.”

The sweaty community and Destinyfans are hoping the masses want to see more of their game asan esport.

Are you excited for Destiny’s competitive future? Let us know inthe comments below and follow @GAMURScom for more potential Destinyesports news.