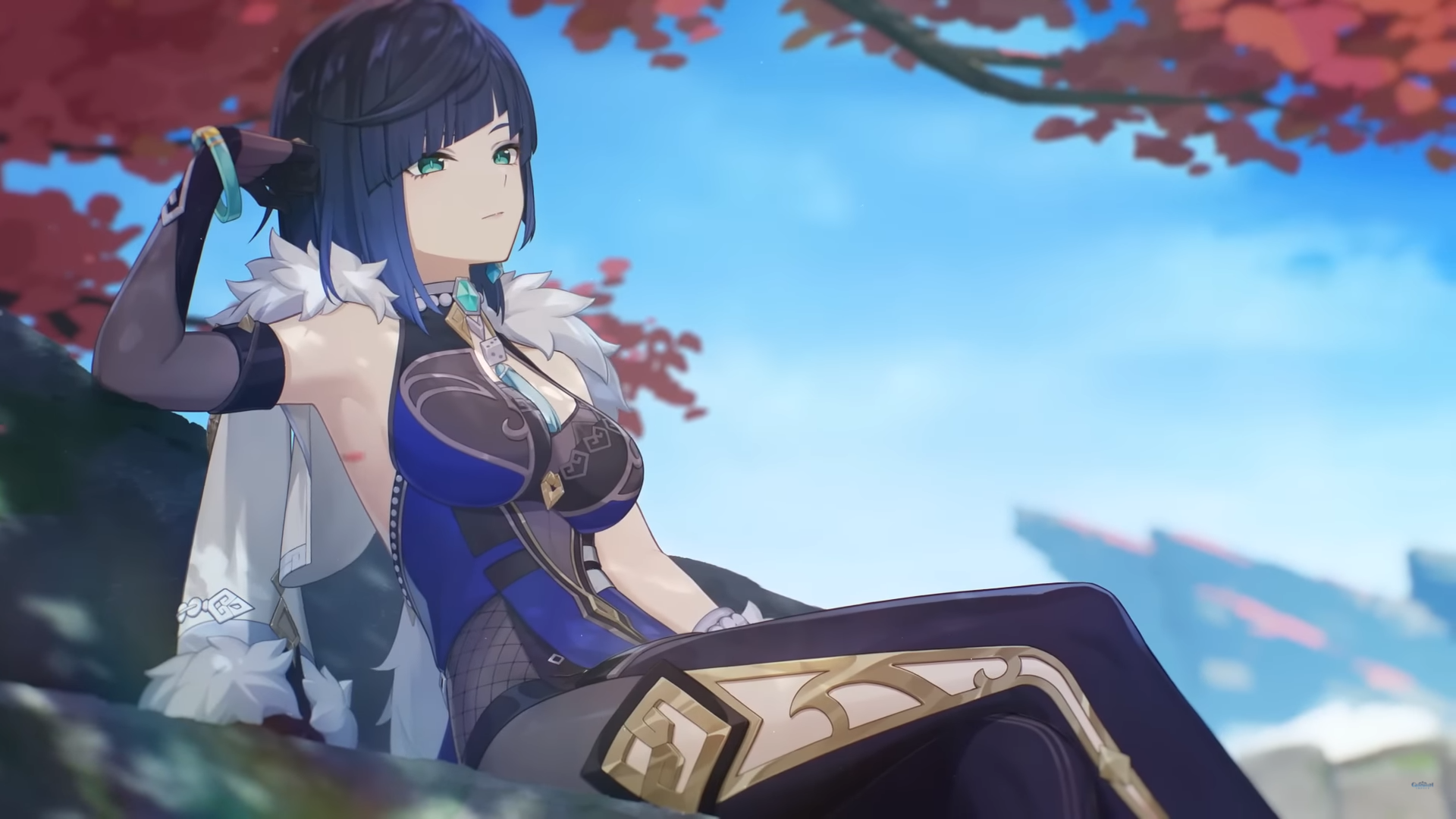 Genshin Impact is always adding exciting new characters to the game and players eagerly await the opportunity to add to their rosters. A new character named Yelan, a five-star Hydro Bow user, was recently uncovered. Here’s everything we know about her.

On May 24, miHoYo fully revealed the character by showing her design, background, abilities, and talents. The devs released a video trailer to introduce her to the game.

Yelan is described as a “ghost” who operates in the shadows. While she is said to work for the Ministry of Civil Affairs, she doesn’t appear on the register, and she switches names whenever she likes. “Many believe that she is a spy who works for some mysterious organizations,” miHoYo said. As such, her identity is still shrouded in mystery.

Her background translates to her playstyle in Genshin Impact. She can move swiftly to mark her targets and finish them off using precise shots from her bow.

The bow featured with Yelan is new and likely designed for her specifically. New five-star characters usually have a themed weapon that releases on the “Epitome Invocation” banner alongside their linked Genshin Impact characters. It’s expected to be the same case for this bow.

While it is her main weapon, Yelan also uses the power of the Hydro element to deal increased damage to her foes, and a magic Dice to deal AoE damage based on her maximum HP.

This talent yields better results when used in combo with her Lingering Lifeline talent, which allows her to dash through her opponents. This skill can be both used by tapping the button and holding it, depending on the situation.

Her normal and charged attacks are used with her bow, and Yelan’s talents allow her to gain mobility and switch from a ranged position to melee. It makes her more versatile and unique compared to most of archer characters, who are generally weaker at a short distance.

Yelan is expected to officially arrive in the version 2.7 update of Genshin Impact, which is scheduled for May 31.