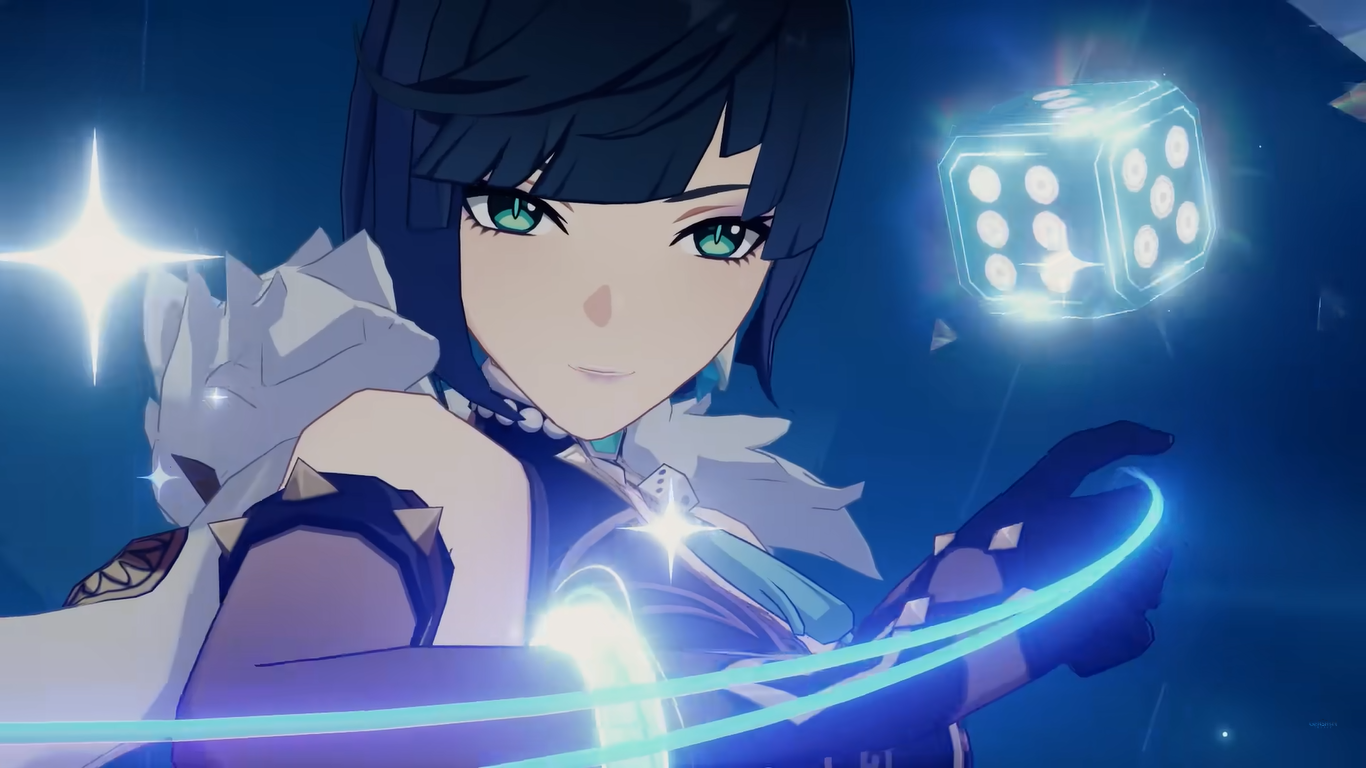 Yelan is a mysterious, elusive five-star Hydro Bow character boasting rapid movement and swift, targeted strikes. She claims to work with the Ministry of Civil Affairs government organization in Liyue but is actually the secret owner of Liyue’s Yanshang Teahouse and uses the building as her secret base.

Hydro used to be regarded as more of a support element in Genshin Impact, but the arrival of five-star Sword character Kamisato Ayato followed by five-star Bow character Yelan has proven Hydro characters are becoming a force to be reckoned with.

Related: Everything we know about Yelan in Genshin Impact

Yelan is a strong, versatile character who excels at being the secondary damage dealer on a team and also functions as a solid support character. To maximize her potential, players need to think carefully about how they want her to function and choose her build carefully. Everything players looking to build Yelan in the best way possible to maximize her functionality need to know is as follows.

Because Yelan functions best as the secondary damage dealer or support, her bow should be one built to complement and enhance these roles. As is usually the case, five-star bows will give her the best advantages and buffs possible but some four-star bows will function decently too.

Because this bow was designed specifically for Yelan, Aqua Simulacra is the best choice for her. “The Cleansing Form” ability of this bow increases the wielder’s Health Points by 16 percent.

When the character wielding this bow is near opponents, the damage they deal is increased by 20 percent. This ability also applies even when Yelan is not the current character on the battlefield.

This five-star bow is the second-best choice of any bow for Yelan. Polar Star’s “Daylight’s Augury” ability increases Elemental Skill and Elemental Burst damage by 12 percent and also provides a stacking Attack bonus.

The five-star Elegy for the End bow builds Elemental abilities and Attack which makes it a strong choice for Yelan. Its special “The Parting Refrain” ability increases Elemental Mastery by 60. This ability also causes Elemental Skills or Elemental Bursts that hit opponents to give the wielder one Sigil of Remembrance.

When four Sigil’s of Remembrance are collected, they will then be consumed and the entire party will gain the “Millennial Movement: Farewell Song” effect for 12 seconds. This ability increases Elemental Mastery by 100 percent and Attack by 20 percent. More Sigils cannot be gained for 20 seconds following this.

Because five-star weapons are difficult to get, players should remember many solid four-star options make excellent choices too. Mouun’s Moon is a solid four-star choice that builds upon Yelan’s powerful Elemental abilities.

Another great four-star option for Yelan is The Stringless. This bow possesses the simple but effective “Arrowless Song” ability that increases Elemental Skill and Elemental Burst damage by 24 percent.

This four-star bow is one of the easier ones to attain and will help Yelan utilize her powerful Elemental abilities more often. The “Composed” ability of this bow makes it so that when the wielder uses an Elemental Skill to successfully deal damage to an opponent, the Elemental Skill then has a 40 percent chance to immediately end its cooldown so that it can then be used again. This special ability can only occur once every 30 seconds but still allows for some quick Elemental Skill usage overall.

Yelan is a character who can be built well and in a variety of ways depending on the Artifacts that are equipped to her. Generally, players should focus on building elements that will enhance her Energy Recharge and Elemental ability output as she excels at being the secondary damage dealer and support member within a party. With Yelan, it is also a good idea to mix and match between two Artifact sets by choosing two different two-piece sets to equip her with alongside a fifth Artifact of any kind to boost her abilities.

The Emblem of Severed Fate Artifact set is a great choice to pair with Yelan in both the two-piece and four-piece set options. Although in most cases, the full four-piece is the overall best option for maximizing Yelan’s potential.

This Artifact set builds Hydro damage which means it is great for players looking to build Yelan’s Hydro powers. The two-piece set of Heart of Depth provides a 15 percent Hydro damage bonus. With the four-piece set equipped, Normal and Charged Attack damage increases by 30 percent for 15 seconds following an Elemental Skill being used.

If you’re looking for a strong two-piece set to mix and match alongside another two-piece set, the Tenacity of the Millelith set offers a great option. The two-piece set will increase Yelan’s health by 20 percent which will help her survive and deal damage to foes for much longer.

The four-piece set focuses on building the strength of shields and would not function well on Yelan. Thus, players should only ever equip the two-piece set of Tenacity of the Millelith alongside a different two-piece Artifact set.

Ascension is the most important and costly aspect of building characters. Since Yelan is a character that was released a decent amount into Genshin Impact’s storyline, most of her materials are moderately difficult to obtain. Her necessary resources are not quite as difficult as Inazuman characters since Yelan hails from Liyue, but they are definitely more difficult to obtain than those needed for characters who hail from Mondstadt.

These numbers are massive, but become much more doable broken down over time and across each individual Ascension level.

To upgrade Yelan’s talents, players will need to regularly face various Fatui foes including Fatui Skirmishers, Fatui Pyro Agents, and Fatui Cicin Mages to obtain the various types of Insignia. Visiting the Taishan Mansion on Mondays, Thursdays, and Sundays is also a must for the various levels of Teachings of Prosperity. Facing off against Azhdaha in the Beneath the Dragon-Queller Domain is also important for obtaining the needed Gilded Scale for Yelan’s final talent levels.

As of June 2022, Yelan is currently available as the five-star featured character in her special “Discerner of Enigmas” banner following her initial release on May 31. The Hydro Bow character will be available with an increased drop rate until June 21 when her first banner comes to an end. However, as is always the case with Genshin Impact characters, players are sure to see her have many reruns in the future.