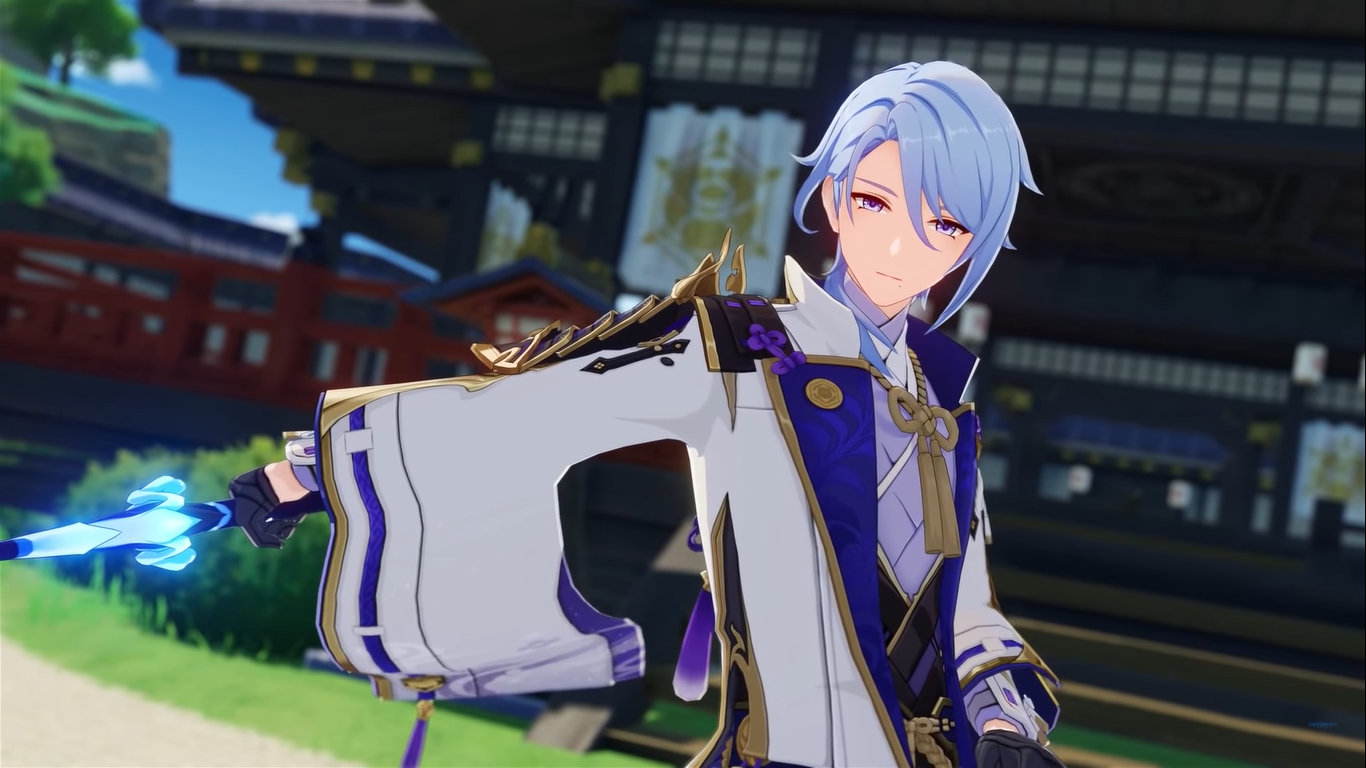 Kamisato Ayato has finally arrived in Genshin Impact and players hoping to add the first five-star Hydro Sword character in the game to their roster can finally spend their hard-earned Primogems and hope that luck is on their side.

Players who are lucky enough to get Kamisato Ayato will want to make sure they maximize his potential, so here is a complete guide to building Kamisato Ayato.

Kamisato Ayato is a Sword character and different aspects of his abilities can be increased depending on the sword you choose to equip him with. There are many suitable options, but players should try to equip him with a four-star sword or higher for the best results.

This new five-star sword is specifically designed for Kamisato Ayato and will greatly increase his Elemental Damage. Haran Geppaku Futsu’s ability is called “Honed Flow” and causes the user to obtain a 12 percent Elemental Damage Bonus.

The “Mistsplitter’s Edge” ability of this sword increases all Elemental Damage by 12 percent and adds the might of the Mistsplitter’s Emblem effect. This effect has three levels of stack that can be obtained by a Normal Attack dealing Elemental Damage, casting an Elemental Burst, or by getting your Energy level less than 100 percent.

The five-star Skyward set of weapons are classics and work well on nearly any character. Because the Skyward set is available in all wishes, they are much easier to obtain than special, limited-time weapons.

The Skyward Blade has the “Sky-Piercing Fang” ability that increases the wielder’s Critical Rate by four percent. It also gains the Skypiercing Might effect when the user does their Elemental Burst. Skypiercing Might increases the user’s Movement and Attack Speed by ten percent. Normal and Charged hits will also deal extra damage equivalent to 20 percent of Attack. This effect lasts for 12 seconds.

Despite being a four-star, this sword is a powerful choice for increasing the damage dealt by Kamisato Ayato. The “Justice” ability of this sword increases damage dealt by Normal and Charged Attacks by a massive 20 percent. It also regenerates 60 percent of Attack as Health Points when a Normal or Charged Attack lands a Critical Hit. The “Justice” effect can occur once every five seconds.

The two-piece set of these Artifacts works great alongside other sets but going all out with a four-piece set is a solid choice too.

One of the two new Artifact sets that were released alongside Kamisato Ayato is perfect for him. The two-piece set increases Attack by 18 percent making it a great choice to use with other Artifact sets.

This four-piece set is much more complex and makes it so that when any Normal Attack hits an opponent there is a 36 percent chance that it will activate the Valley Rite effect. Valley Rite increases Normal Attack damage by 70 percent of Attack. This effect ends 0.5 seconds after a Normal Attack deals damage.

If a Normal Attack does not activate Valley Rite, the next Normal Attack’s chance of triggering it increases by 20 percent. This can occur once every 0.2 seconds.

The Gladiator’s Finale set will make Kamisato Ayato more powerful as it centers around increasing damage. The two-piece set pairs well with any other two-piece set because it increases Attack damage by 18 percent.

The four-piece set increases the Normal Attack damage output of the wielder if they are a Sword, Claymore, or Polearm user by 35 percent. Since Kamisato Ayato is a Sword user, the four-piece set can be quite powerful for him.

There are a lot of resources players will need to gather to ascend Kamisato Ayato. Players will need to regularly face the Hydro Hypostasis for Dew of Repudiation, scour Narukami Island for Sakura Bloom, and take on Nobushi or Kairagi for various types of Handguard.

Kamisato Ayato’s talents require players to visit the Violet Court Domain in Inazuma on Tuesdays, Fridays, and Sundays for Teachings of Elegance and the higher versions of it. Players will also need to regularly fight Nobushi or Kairagi for the various types of Handguard and repeatedly take on the formidable Shogun at End of the Oneiric Euthymia for Mudra of the Malefic General.

Kamisato Ayato is currently available as the featured five-star character in the limited-time event wish “Azure Excursion.” If you want to add this powerful five-star Hydro Sword character to your roster, wish on him in the next 20 days before his banner is gone.