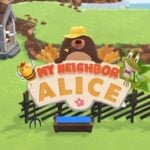 The “metaverse” as a term gained a lot of popularity after Facebook changed its name to Meta. While the concept can look new at first sight, gamers may realize that they have been interacting with a metaverse or two throughout their lives.

World of Warcraft, Fortnite, Pokémon, Minecraft and even League of Legends have their own worlds, filled with lore and interactions, essentially making them each a metaverse candidate. For example, WoW is an open-world experience, while League provides different ways for users to interact with its lore through side games and an animated show, Arcane. Minecraft, on the other hand, allows its players to create their own worlds with their unique rules, making it one of the best metaverse examples.

While companies like Meta work toward building a metaverse that’s focused more on real-life elements, the gaming world has a few up and running products with the help of blockchain technology. Meta’s intentions may be clear since it’s already in its name, but there are many other big names in the space that are looking to capitalize on the opportunity of being early to the metaverse.

Epic Games, NVIDIA, Microsoft, and Valve all are trying to develop products that could give them the edge in the metaverse.

While the gaming companies that most players are familiar with are trying to find the perfect formula, there are other developers already experimenting with the concept.

Combining blockchain and the NFTs allows games to introduce true ownership and other features like play-to-earn. These concepts form the the metaverse’s roots and the following projects are the current pioneers of the technology.

What is the metaverse?

The metaverse is the 3D version of the internet that we all know and use. It’s just a concept at this stage, however, and it won’t be a reality until a single project emerges as the one single location that everyone goes to. Therefore, there isn’t “the metaverse” at the moment.

The following games are decent representations of what the metaverse could be, however, since they adopt some of the core characteristics like the blockchain and NFTs.

The metaverse can be considered relatively safe, but there are a few elements that users will need to be cautious of. Considering you’ll be using a crypto wallet to play all the games on our list, you’ll need to ensure your funds’ safety.

Be careful with the websites that ask permission to connect to your wallet. Don’t store large sums of in-game tokens or other cryptocurrencies in your gaming wallet, unless you’re experienced with crypto-security measures.

Aside from ensuring the safety of your digital funds, you’ll also want to be on the lookout for users with toxic behavior. Most metaverse games allow players to mute others and even report them, allowing them to keep their game as fun and safe as possible.

Can you earn money in the metaverse?

Players can earn money in the metaverse if the game has play-to-earn features. Games of this kind often require an initial investment in the forms of starter packs or other essential in-game items.

If “the metaverse” concept becomes a reality, it’s likely to have features that will allow users to earn money since it’ll be looking to replace real life itself.

Who owns the metaverse?

In an ideal world, the answer would be no one. Though some tech giants are racing each other to be the pioneers of the metaverse, the concept simply won’t be possible unless it adopts the core principles of Web3.

Web3 is an improved version of the World Wide Web, based on a blockchain. This allows the internet to embrace qualities such as decentralization and token-based economics.

Using the Ethereum blockchain, Axie Infinity is often considered the pioneer of gaming within the blockchain world. This mobile game allows players to breed and collect Axies, digital pets. Each pet is unique, thanks to NFTs, and players try to create the perfect Axie by trying different combinations.

Varying in weaknesses and strengths, Axis transfer their features to their offspring. Players can either spend their time breeding Axies to create the most powerful one or can also purchase an Axie from another player. Considering each Axie is an NFT, their ownership of them will automatically transfer to their new owners. Once you get your hands on a strong Axie, you can take it to the game’s PvP mode and see how it stacks up against the rest of the competition.

PC players, on the other hand, can start playing Axie Infinity via Mavis Hub after setting up a Ronin Wallet for their accounts.

The Sandbox Game resembles Minecraft. The game’s set on voxels and allows players to create, monetize, and distribute digital assets inside its world. It’s one of the most active metaverse/NFT gaming projects, thanks to its marketplace.

Players get to create their own map, levels, and complete challenges in Sandbox, and earn SAND in the process, the game’s native currency. The game also had partnerships with Square Enix and Atari in the past as both companies acquired land in the Sandbox world to leave their digital footprint.

To start playing Sandbox, head over to the game’s official website and create an account with one of the crypto wallets.

If the world we live in was a giant metaverse, space would be another one. The Star Atlas project focuses on space exploration, development, and mining. With the help of their starships and crew, players venture through space to complete challenges and craft valuable items.

The items in Star Atlas are tradable in the form of NFTs, allowing players to trade on the Solana blockchain. The game’s currently set for a 2022 release and players keep up with Star Atlas through its live roadmap.

Players can play Star Atlas with one of the crypto wallets below.

After signing up with your wallet, you’ll be able to create and customize your character.

Gods Unchained is a free-to-play card game. Winning PvP battles allow players to unlock more cards that can be bought or sold on the game’s marketplace. From a progression system to a ranked ladder, the game has the necessary tools to retain both casual and competitive players.

Gods Unchained’s dev team includes former Magic: The Gathering directors, and it has been one of the most dominant blockchain-based card games. The game backs each card with an ERC-721, and uses the native token, GODS, for all trading purposes.

Gods Unchained is currently only available on PC. Players can download the game after creating an account.

Games like Stardew Valley, Terraria, and Animal Crossing captured the hearts of many gamers over the years. The chill and welcoming atmosphere in these titles can be a breath of fresh air for players who’ve never tried out farming/builder games. My Neighbor Alice looks to improve the same experience that these titles bring to players with the help of blockchain and NFTs.

Players can create and build their virtual lands, complete daily challenges, earn rewards, and interact with their neighbors in My Neighbor Alice. The game’s built on the Ethereum network and comes with its own NFT Marketplace. Players will be able to earn the game’s native currency ALICE, and use it to purchase goods, land, or other various items on the marketplace.

My Neighbor Alice will kick off its alpha tests in the second quarter of 2022, and it’ll be available on Steam.