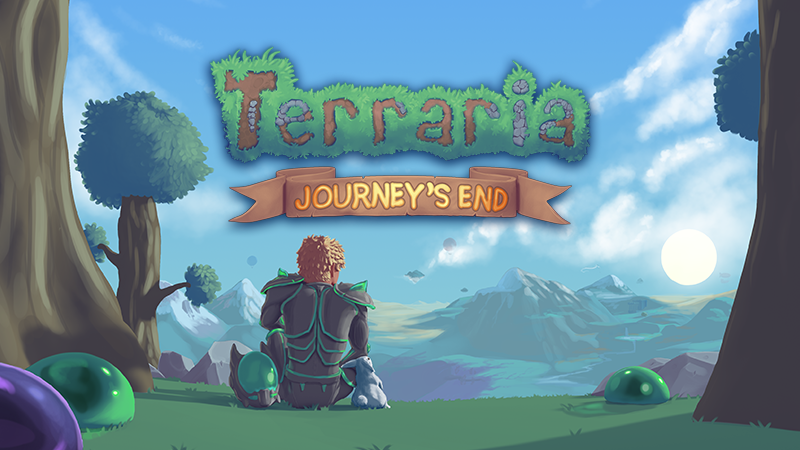 After nine years of development, Terraria’s journey is at an end, but the player base has exploded to its highest count ever recorded.

Following the release of Journey’s End, Terraria surged into the top three games on Steam, reaching a peak of 486,918 players.

Previously, the game had only ever broken 100,000 players twice back in 2015, with 158,947 in June and 149,316 in July respectively. The final update going live caused the entire community, along with thousands of new players to destroy that record by more than 300,000 users.

The near-constant 18,000 average concurrent player count that the game has held over nine years of updates is impressive considering just how many games are available to play now, but the final send off has prompted a massive response.

As of now, Terraria has more players than juggernaut titles like PUBG, Grand Theft Auto V, and Football Manager 2020, and are closer than ever to Valve’s heavy hitters, Dota 2 and CS:GO. This spike likely won’t last long enough or prompt enough people to pick up the game to break into the top two, as Dota currently sits at a higher average player base over the last month, 495,454 players, than Terraria’s highest peak.

“This update has been a labor of love, tirelessly worked on by our team over a good while, and we truly feel that it brings Terraria to the next level, to a place where the core game can finally be called ‘complete’,” developer Re-Logic said.

The dev team might have finally finished their journey, but they have also passed their sword unto the community as a whole by launching the fan-made modding tool tModLoader as official DLC for the game. Re-Logic wants to make modding its game “visible and accessible” for any player that wants to try it so that Journey’s End can be the start of a new adventure for everyone who sticks around.