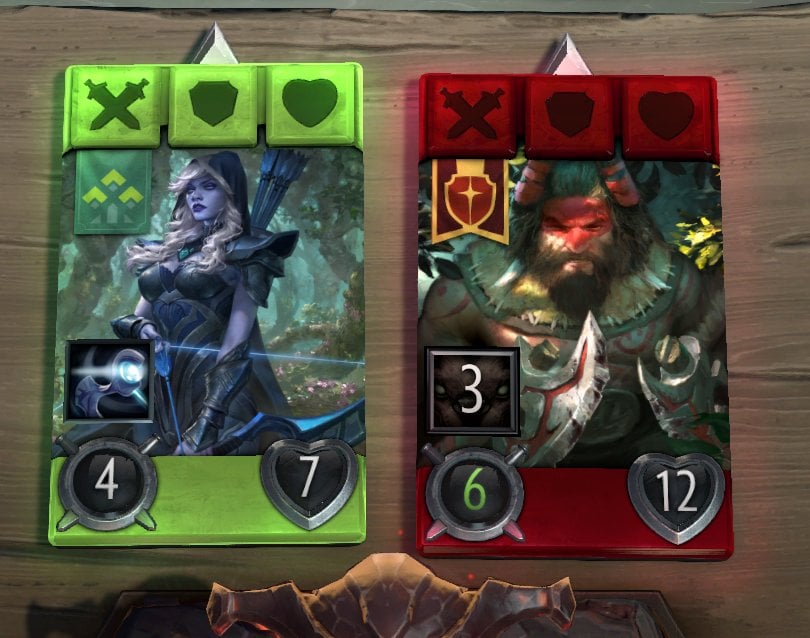 Valve’s new card game Artifact will receive its first update tomorrow, the company revealed. This will be the first update since the game was released on Nov. 28.

The company kept the core of the update a secret from players. Many expected information about card balance changes, but the company refrained from commenting about any. The lack of balance is what once made a single card be more expensive than the game itself.

Instead, Valve will implement a chat system in Artifact. Players will be able to possess cards and “make them speak, send custom messages, or invite your opponent to a traditional Steam Chat.” Instead of having an external chat, players will talk to each other through their cards.

Artifact will now also have a colorblind accessibility setting that will add more saturation to green and red, making them easier to distinguish for some players.

Valve hinted at an upcoming progression system in a reply to a player’s tweet. The user complained that Artifact felt stale and asked for a ranking system and daily quests, features that the card game is lacking while competitors like Hearthstone have had since release. “We hear you,” the Artifact twitter account replied.

Tomorrow is also when the first set of prebuilt decks of the Call to Arms set is supposed to rotate out of the game. Players will be able to challenge others with six new decks of different color combinations and strategies.

Valve said there’s more coming with the update, but that it’ll only reveal more details in the patch notes. The company will release another update next week, take a break for Christmas, and then work on a third update for January.

“We’re in this for the long haul,” Valve said.