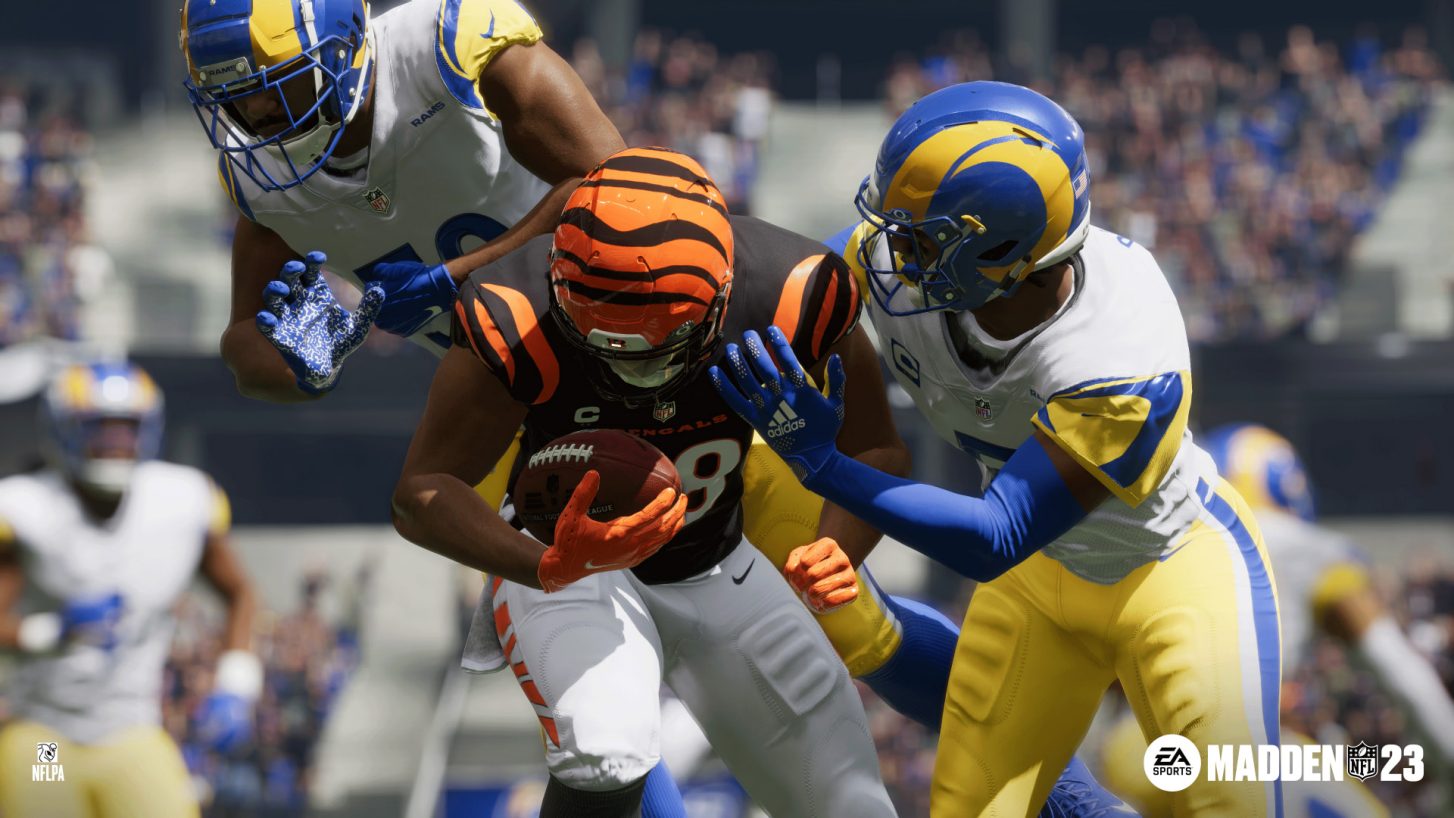 The best players in Madden NFL 23 receive a 99 overall rating to reflect their significant impact on the field in the game. These distinguished players are considered to be in the “99 Club.” Every year these elite players are announced, and teams and fans debate them with the same fervor as any other sports topic.

A 99 overall rating is a rare distinction, with only a handful of players each year being placed at the pinnacle of player ratings when the game releases. Madden NFL 23 will release with four 99 overall players.

Here are the 99 overall rated players in Madden NFL 23.

Aaron Donald remains the best right defensive end in the game, and is coming off a Super Bowl win where he made the crucial game-winning sack on Cincinnati Bengals quarterback Joe Burrow. The Rams are going to be a terror on defense in Madden NFL 23, in large part due to Donald’s production.

Myles Garrett is a consistent force on a Browns team that faced turmoil last season. He’s an elite pass rusher that can confidently shut down the run, too. Trent Williams faced a similar situation as the highest-rated player on the 49ers. His ascent to his current status as an elite offensive lineman was solidified last season despite the 49ers’ 10-7 record, and he is the first offensive lineman to ever join Madden‘s 99 Club.

Pressuring the quarterback is important in Madden‘s throw-heavy gameplay. A strong defense led by players like Garrett is crucial for success, while protecting your own quarterback with a player like Williams can be just as important.

Davante Adams has a new home in Las Vegas this season, joining his college teammate Derek Carr. During his time with the Green Bay Packers, Adams was the primary receiver for Aaron Rodgers, where he showed his versatility, being a threat anywhere on the field Packers head coach Matt LeFleur threw him. The Raiders are one of the weaker teams in the game at 83 overall, but teams can win a lot of games by throwing the ball deep to Adams and seeing what happens.

Fewer players were included in Madden NFL 23 compared to the previous year, as five players were named to the 99 Club in Madden NFL 22. Only Adams and Donald are making repeat appearances. Travis Kelce, Patrick Mahomes, and Jalen Ramsey all have 90+ overall ratings in the newest installment of the franchise, but couldn’t repeat their 99 Club status this year.

Kelce and Mahomes had stellar seasons, but compared to previous years the Kansas City Chiefs’ offense took a minor step back, likely leading to their ratings being lowered. Ramsey is coming off a Super Bowl victory and is the highest-rated cornerback in the game at 98, narrowly missing the 99 Club for a second straight year.