The 10 rarest contrails in Fortnite | Dot Esports
Skip to content 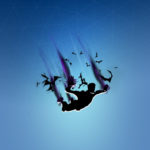 Fortnite would be a completely different game without its epic cosmetics. Skins, harvesting tools, emotes, gliders, and contrails add the collectors formula to the innovative gameplay, making Fortnite a unique experience.

Getting better at Fortnite is the ultimate goal of a decent chunk of the player base, but that might not mean much if you don't have the coolest cosmetics to look good while getting Victory Royales. Epic Games introduces more awesome cosmetics to the game with each patch. Though there's nothing wrong with purchasing a skin you think looks cool, there are other criteria in play when it comes to cosmetics that can instantly give you a status boost in Fortnite.

You may be familiar with the term "OG" in Fortnite. The term usually gets thrown around for players who have some of the rarest cosmetics in the game, which goes to show how long they've been a Fortnite player. Skins and gliders tend to be more noticeable than other cosmetics, with contrails potentially tagging along to the list as the third option. When you jump off the bus and start cruising toward the Fortnite map, everyone around you will be able to see your contrail.

As you get closer to a landmark, contrails will be more distinguishable, and they can be used to give off strong messages to your opponents. Seeing a player flying toward the same direction as you with an Embers contrail, indicating they're on fire, could make you nervous. While it's quite hard to obtain the following contrails since most of them were available for a limited time, you can still go through your inventory to see if you have any of them.

Here are the rarest contrails in Fortnite.

Only the mightiest player could bring down stars with them as they're free-falling, or at least the ones who were there during the first days of Fortnite.

The All-Star contrail was introduced with the Chapter One, season three battle pass, and it was tied to the tier-50 reward. Considering the majority of the player base was still trying to figure out the game back then, there weren't many players who focused on grinding battle pass levels, making the All-Star one of the rarest ones in the game.

Earlier Fortnite cosmetics are naturally the rarest ones, but they were also some of the dullest cosmetics in the game's history. Epic was more focused on perfecting the gameplay when Fortnite first launched and slowly added more colorful cosmetics to the game.

The Glyphs contrail was added to the game during season seven. The contrail was the reward of the 37th tier, and it was also a part of the Lightning and Thunderstorms set.

Epic is excellent at working on partnerships and collaboration to keep Fortnite fresh by adding cosmetics from real-life franchises. The game has seen the likes of Marvel, Star Wars, and many artists, but nothing comes closer to the joy that seasonal cosmetics brings.

Beachballs contrail was a part of the 14 Days of Summer event, which debuted in 2019. Unlike cosmetics tied to battle passes, event-related skins, contrails, and gliders can potentially come back to the game when they were initially released.

Epic enjoys re-releasing seasonal skins during the same time of the year, so you may want to keep your eye on the shop to snatch one for yourself during the next summer event.

The Batman skin didn't arrive in Fortnite until Chapter One, season 10, but you could imagine being Batman long before you actually could.

The Bats contrail arrived just in time for the Halloween season during Chapter One, season six. The contrail was a part of the season's respective battle pass and unlocked after reaching the 68th tier.

This rare contrail was a must-have to pair with spooky skins, and it also became the perfect contrail for the Batman skin after season 10.

Some cosmetics will require background information, and some will just look cool. When the looking good part gets combined with rarity, you'll have a jackpot in your hands.

The Artifact contrail was a part of a PlayStation Plus celebration pack in 2018. The deal was live during Chapter One, season five, and all active PlayStation Plus subscribers were able to claim this contrail as a reward in Fortnite. This is one of the contrails that'll probably never become available again since that's been the case with promotion cosmetics. You have to get them when you can.

If you can imagine yourself in a scenario where you're free-falling with pockets full of cash, having the Cash Flow contrail can help you live that dream in Fortnite.

The Cash Flow contrail was introduced to the game during Chapter One, season five. It was originally the reward for The Getaway limited-time mode (LTM.) Players needed complete challenges and quests in the game mode to unlock cosmetic rewards, and Cash Flow was one of them.

If the limited-time mode ever makes a comeback to Fortnite, so can the Cash Flow contrail. While Epic enjoys bringing in fresh game modes with each event, there have been examples of popular modes returning for short periods.

During each Valentines' day event, Fortnite releases thematic cosmetics. Almost every year brings out a new contrail focused around hearts, but the first one was released in 2018.

The Hearts contrail was one of the first Valentine's Day-related contrail that was added to Fortnite, and it was a battle pass reward, unlocking at tier 68 during season four. You can notice it by its purple hues.

While there's a slight chance you can get a hold of this one during a Valentine's event, you can also use a bunch of other similar contrails to complete your outfit.

The weather in Fortnite hardly ever changes. You'll get occasional rain and snow during seasonal events, but other than that, it's a constant night/day cycle. If you'd like to add some spice to that, you'll need to harness the powers of Zeus, the Greek God of the sky.

The Lightning contrail allows you to come crashing down from the sky with thunders forming behind you. The contrail was added to the game during Chapter One, season four. All players with the battle pass of the season were able to unlock this contrail tier 50.

When you're the star of the lobby, you'll need to show it to other players from the get-go. The Shooting Star contrail allows you to become a star, crashing at full speed toward the Fortnite map.

The Shooting Star contrail was introduced to Fortnite during Chapter One, season four, as a battle pass reward. Reaching the 84th tier unlocked this stylish contrail for all the active players back then.

This is one of those contrails that's likely never to become available again, unless Epic re-adds it to the game during a space-themed event.

Knowing how the paper industry relies on trees, the TP contrail can be slightly triggering for those concerned about the environment. Digital paper just dissolves into a bunch of code, however, and TP is one of the more fun contrails in the game.

The TP contrail became available during Chapter One, season five, as a battle pass reward at tier 84. Though it's currently not possible to obtain this contrail, it can theoretically return to a seasonal event like Halloween. TPing houses have been a legendary Halloween tradition, and it wouldn't be surprising for Epic to use the opportunity to bring back one of the legendary cosmetics in the game.