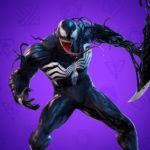 Legacy Fortnite players who’ve been there since the first season may remember the game’s slightly limited skin collection. Back in those days, the shop was mostly made up of the base Fortnite characters’ recolors and designs, but that changed drastically.

Over time, Fortnite’s skin collection grew with countless themes. From animal-themed releases to superheroes from the Marvel and DC universes. Not only do these superhero skins feature amazing particle effects, they also allow players to represent their favorite characters while playing Fortnite.

In addition to all the collaborations Fortnite makes to introduce more superhero skins, Epic Games also has another skin line where players get to design their own costumes by tinkering with the customization options a superhero costume offers.

If you have moments where you suddenly become an entirely different player and save the day while playing Fortnite, a superhero skin might be in order. 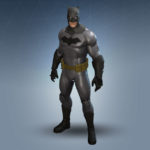 When the sun goes down on the Fortnite map, only a single hero is brave enough to assure justice throughout the map. While many heroes go on expeditions during nighttime, not many of them are trained and well-equipped like Batman.

There are two Batman skins in Fortnite, one featuring his costume from The Dark Knight movie and the other rocking the classic comic book suit.

These skins were introduced to the game during Chapter One, season 10 in a bundle, and they haven’t been available ever since. There have been multiple additions to the Gotham skin line ever since, however, and you may be able to make up for Batman’s absence in your inventory with another Gotham resident in the future.

While you’ll need to be good at building to climb up the ranks in Fortnite, you might just be able to make it to the final circles by mastering the art of stealth. There’s no better skin to do this with than the master assassin of the Marvel universe.

Epic first added Black Widow in 2019 during Chapter One, season eight for 1,500 V-Bucks. She came back to the in-game shop four more times after the initial release. She hasn’t been available since 2019, however, so you may want to cash in your V-Bucks to not miss your chance when she becomes available again.

The Marvel universe was pouring into Fortnite slowly, but everything took a turn south when Epic started securing more collaboration deals with Marvel.

Captain America, the First Avenger, first stepped into Fortnite during Chapter Two, season three, to celebrate the Fourth of July in 2020. Captain America is potentially the most frequent visitor of the in-game shop out of all the other Marvel heroes. You’ll need 2,000 V-Bucks to add Captain America and his legendary shield to your collection.

Many Marvel heroes were introduced to Fortnite with memorable events, but not many of them had the impact that Deadpool possessed when he decided to sail to the edge of the map during Chapter Two, season two.

Deadpool spent the entire season chilling on his yacht and was a main part of a quest line throughout the whole season. The Deadpool skin sailed away alongside his yacht, however, since he was a battle pass reward.

Battle pass skins usually never come back to the in-game shop unless Epic decides to re-release them with a new style.

Some skins also feature the unmasked versions or the alter egos of heroes as additional styles. Ghost Rider, on the other hand, doesn’t share that trait, meaning you won’t be able to play as a Nicholas Cage look alike.

Ghost Rider comes in a unique bundle that features his bike as a glider and awesome side cosmetics to complete his intimidating look. The bundle is priced at 2,600 V-Bucks, but you can also purchase the Ghost Rider skin individually for 1,500 V-Bucks if it comes back to the in-game shop as a separate entry.

The Fortnite map has some sweet locations for planning vacations. But heroes can get boring over time if there’s no one to challenge them, creating the need for villains. Alongside heroes, Epic started adding some of the most iconic villains in different comic book universes, adding more flavor to the game.

Harley Queen was released in 2020 with her exclusive bundle containing two different harvesting tools. While the bundle is priced at 2,000 V-Bucks, you can also purchase the Harley Quinn skin separately for 1,500 V-Bucks when it re-visits the shop.

If you’re looking to carve your own path as a hero in Fortnite, you’ll need to have a distinctive look that’ll separate you from the rest. In addition to all the collaborations and superheroes that we know from real life, Fortnite also has a unique set of customizable hero skins.

Joltara is potentially the most popular of these customizable skins since the skin is packed with some of the best style options. From colors to your suit, you’ll be able to create a Joltara version tailored to your taste.

Joltara auctions for 1,800 V-Bucks and also comes with the Hero’s Beacon emote.

Polarity is the second customizable hero skin on our list. Like Joltara, Polarity also has a decent range of customization options, and it has a reputation for being more “sweaty.” This means it’s known for being used by players who try harder to win.

Polarity was added to Fortnite during Chapter Two, season four, and you’ll need to save up 1,800 V-Bucks to add it to your collection.

Unless you’re under the effect of a movement speed buff in Fortnite, you won’t be able to run as fast as the Flash. There are players who build at lightning speeds, though, earning themselves the right to be called the Flash of building in Fortnite.

Added to the game during Chapter Two, season five, the Flash arrived in a bundle containing iconic accessories that complete his look. This version of the Flash was heavily based on the television version of the hero, costing 2,200 V-Bucks as a bundle.

Buying the skin without the bundle will cost 1,500 V-Bucks.

Spider-Man hasn’t made it to Fortnite yet, but his arch-nemesis is already waiting for him to step foot on the map. Venom became available as a purchasable skin in November 2020 and was originally a weekly tournament reward.

It was added to the in-game shop with a slight delay with a price tag of 2,000 V-Bucks. Venom’s set includes a symbiote harvesting tool and a unique emote.