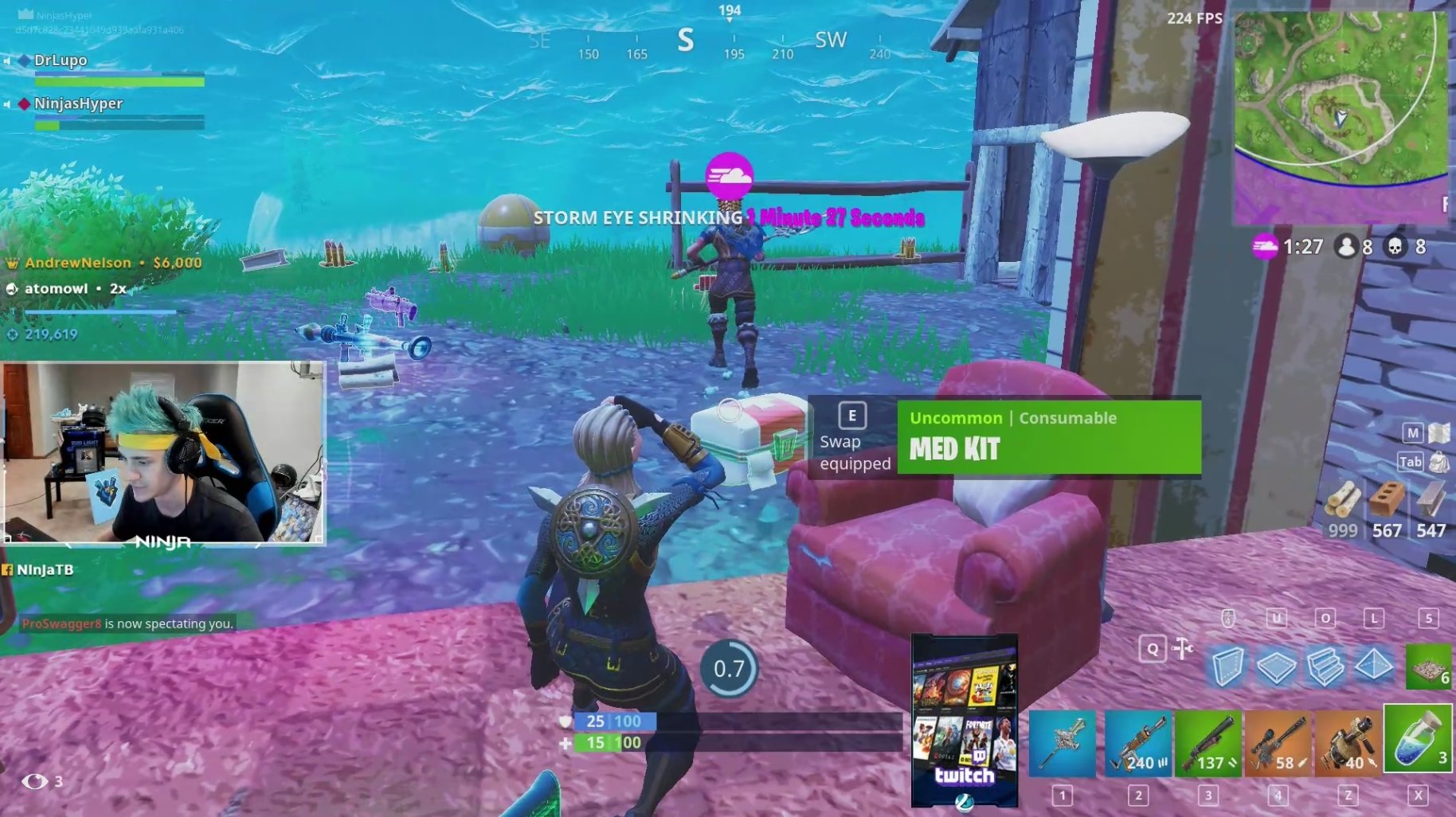 While Fortnite: Battle Royale has yet to fully burst onto the esports scene, content creators like Tyler “Ninja” Blevins have helped propel it into the mainstream thanks to huge livestream numbers and an insane amount of popularity.

Next month, Ninja will use his popularity in concert with Esports Arena to host a Fortnite event with $50,000 on the line. The prizing will go to either competitors who attempt to knock Ninja off in Fortnite, or a charity of the streamer’s choosing.

Here’s how it’ll work. Basically, there will be 10 games of Fortnite played. A total of $2,500 will go to the winner of each game, but if Ninja wins, the money will go to a charity of his choice and the bounty will roll over to the next game.

What this means in theory is, if Ninja wins the first nine games, $22,500 will go to charity. But since the bounties roll over in each game, if someone beats Ninja in the 10th game, they’ll win $25,000 total.

Additional information, like how to enter the event or more specifics about the prizing, will be available at a later date. For now, Fortnite and Ninja fans alike have a pretty cool event to look forward to.

It’ll all go down on Saturday, April 21 at Esports Arena inside the Luxor hotel in Las Vegas. According to the Esports Arena website, the new arena in Vegas features a “30,000 square foot multi-level arena” and it also includes “a competition stage, 50-foot LED video wall, telescopic seating, daily gaming stations, unique food and beverage offerings from Jose Andres, and a network TV-quality production studio.”