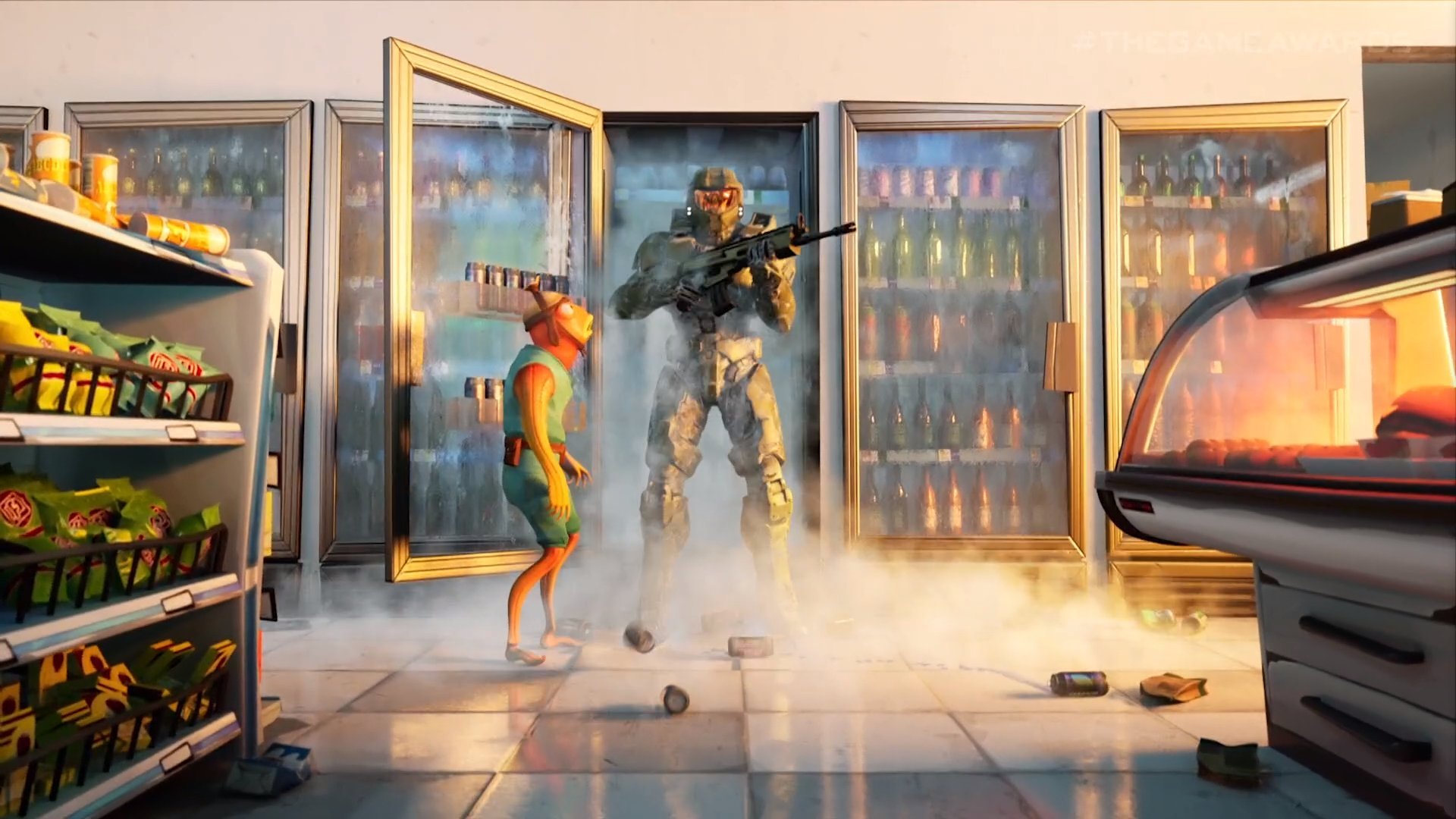 As discovered through earlier leaks, Halo’s Master Chief will be joining Fortnite in a future update after being officially revealed at The Game Awards 2020 tonight.

Master Chief was actually discovered as part of a datamine that also leaked Kratos from Sony’s God of War joining the battle royale. Several Halo cosmetics were reportedly discovered within the game, including Master Chief himself along with a mini Warthog emote and a UNSC Pelican glider.

Now, Master Chief will battle it out with Kratos and The Mandalorian in Fortnite Chapter Two, season five as Epic’s battle royale title continues to be one of the biggest crossovers in the gaming industry.

And while Master Chief is available later tonight, Daryl Dixon and Michonne from The Walking Dead will also be joining the game on Dec. 16. More details will be shared closer to their release.