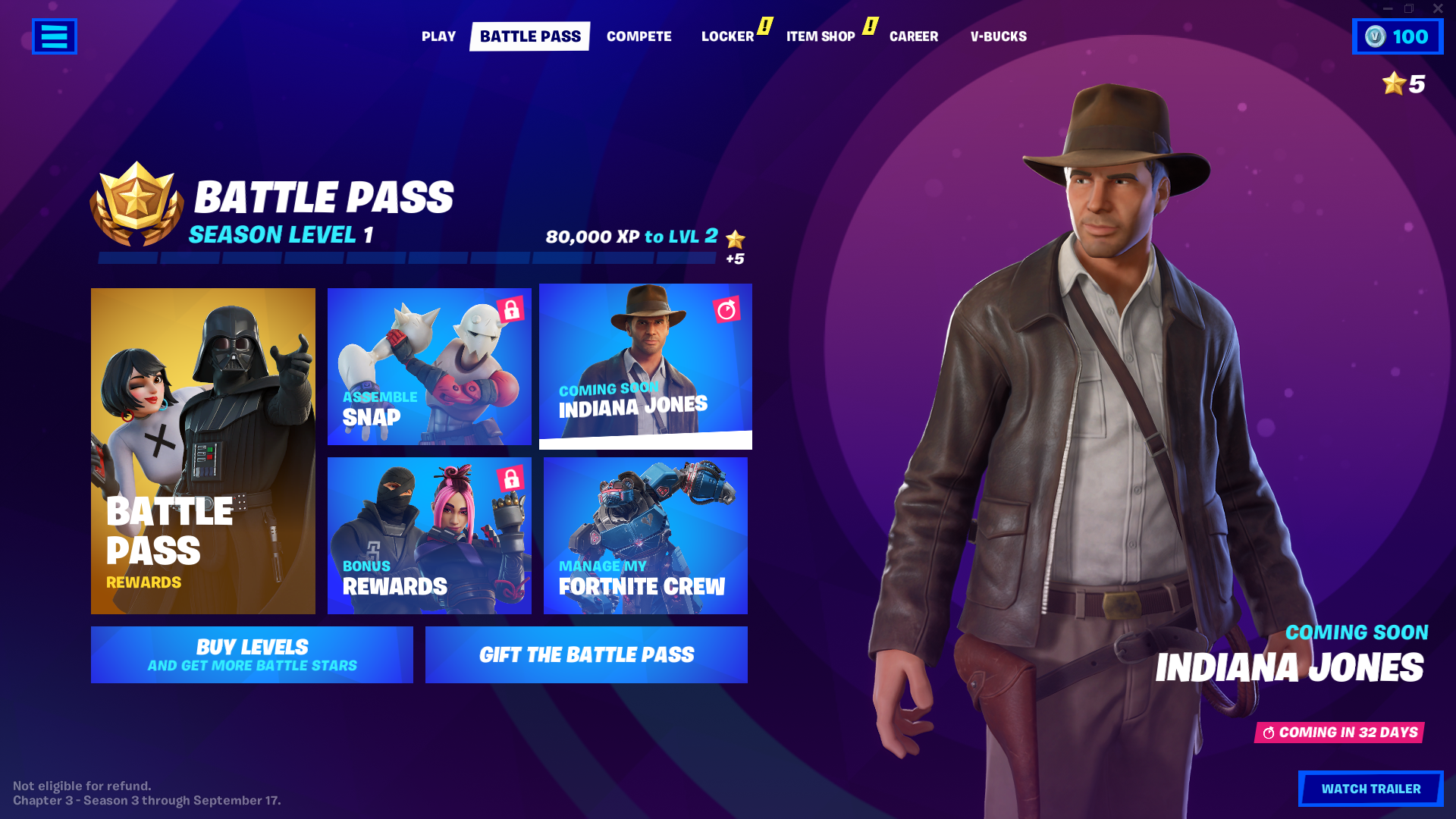 With each new season of Fortnite, Epic Games attempts to surprise players with a secret skin in the battle pass. These have sometimes been crossover skins that weren’t revealed until players got their first look at the battle pass. But Indiana Jones was accidentally leaked months ago by Epic, so many players knew what to expect this season.

Indiana Jones is an iconic character that comes with his own full set of cosmetics for Fortnite players to unlock. To get the skin and other cosmetics, players will need to complete a number of challenges.

Related: How to make Runaway Boulders roll for 100 meters in a single match in Fortnite Chapter 3, season 3

Here are all the challenges you need to complete to unlock this new skin in Fortnite.

Related: How to solve the puzzle at Shuffled Shrines in Fortnite

Once you complete the first four quests, you’ll unlock Indy’s skin. Completing the next five will finish the cosmetic set.