How to reveal the command symbol in Fortnite Chapter 2, season 8 - Dot Esports
Skip to content 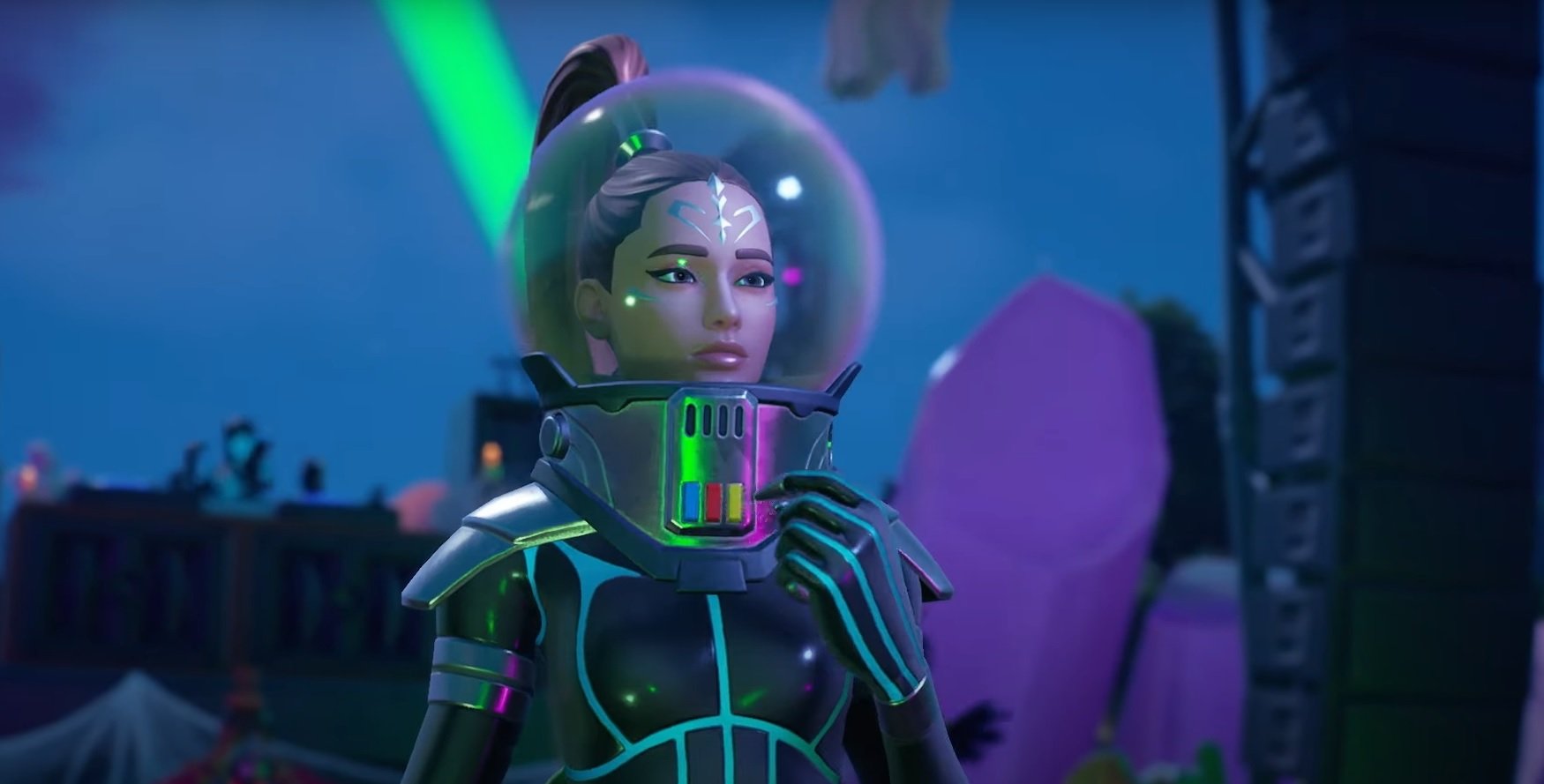 The latest Fortnite patch hit the live servers with a lot to discover and do around the map. After making her first appearance in Fortnite during the summer, Ariana Grande is now an NPC (non-playable character) in the game.

Ariana Grande’s Punchcard is also a core part of the Fortnitemares event since players will need to complete it to unlock the All-Weather Extractor pickaxe. This Punchcard includes five different challenges and one of them will require players to reveal a “command symbol.”

Though the challenge sounds simple, it may take longer than expected if you don’t know where you’re going. To reveal the command symbol in Fortnite Chapter Two, season eight, players will need to make their way to Weeping Woods. Around the midsection of the landmark, there’s a wooden hotel and there will be a ghostly tablet in the air right outside of it.

Once players start replicating the poses highlighted with three lights, the tablet will slowly solidify. After that happens, players will be able to complete this challenge by interacting with the tablet.

The quest actually asks for players to complete this process three times, meaning there can be three other locations around the map with the same setup. But as of now, revealing a tablet once seems to be enough to complete the challenge. When players interact with the tablet in Weeping Woods, they should receive a small notification to verify that they completed the quest while also seeing the XP reward for it.

Considering Weeping Woods is a rather isolated landmark, there shouldn’t be many players around to give you a hard time. It’s not a hot looting spot, so most players who will be there should also be focusing on completing this challenge.

If you’re looking to complete Ariana Grande’s Punchcard, you’ll need to complete four other challenges, which are listed below.