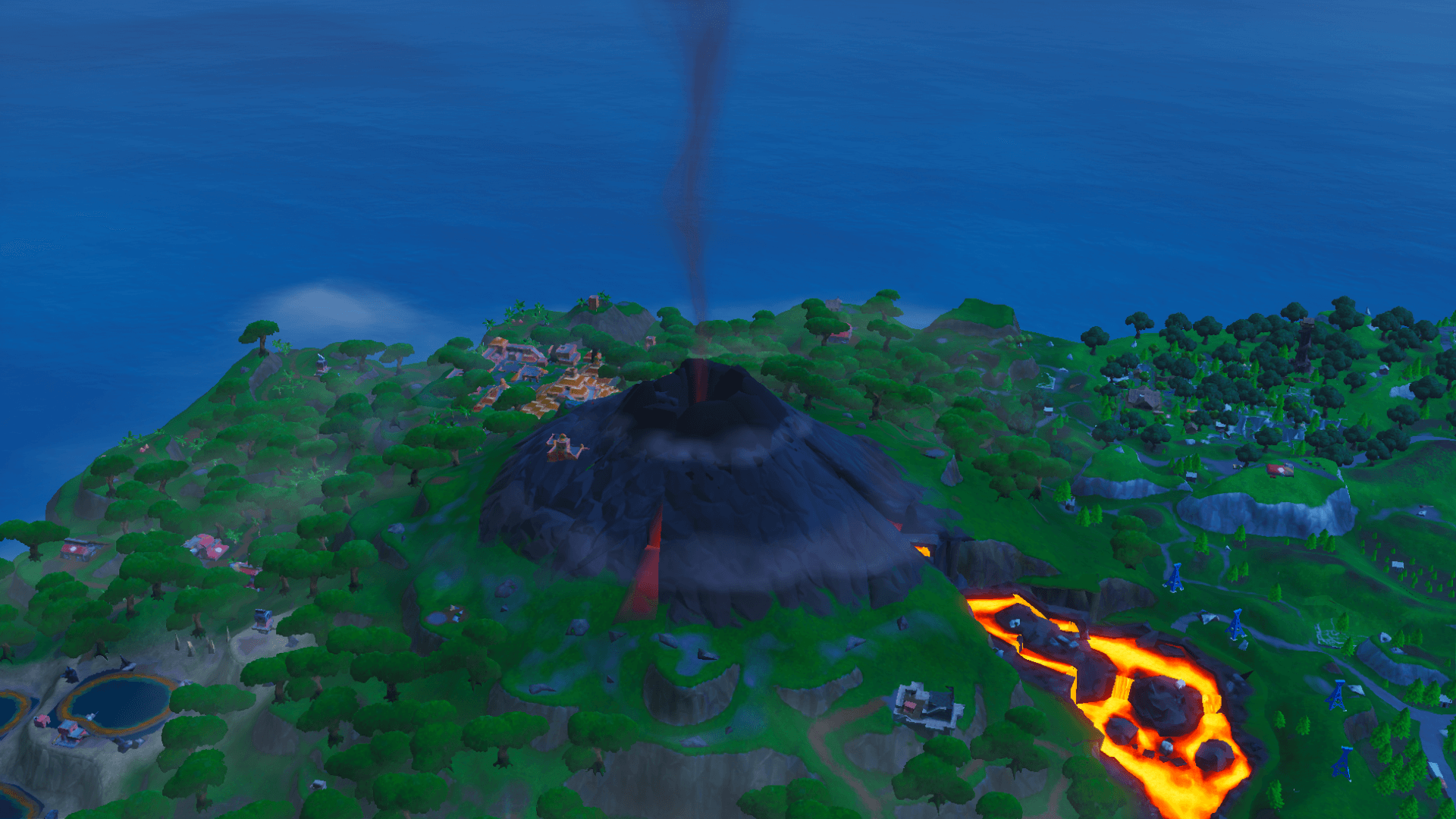 The volcano northeast of the Fortnite: Battle Royale island has started smoking, players have spotted. The event started last night soon after the first rune made its way to Loot Lake and plugged into the metal hatch.

Smoke coming from inside a volcano is usually a sign that it may erupt soon, and this is the second time we’ve seen a sign that this Fortnite volcano might be active.

So far, nothing has changed on the island. Not only has the volcano not started spewing out lava, but the rune that seems to be only loosely tied to its smoke hasn’t changed anything in Loot Lake or in any other area it traveled through when it was floating.

We might learn more about this recent volcanic activity once a new rune plugs itself into the Loot Lake hatch in the following days, as expected. There are five slots in the hatch, so another four runes might travel to Loot Lake and attach themselves to that metallic structure over the next few days. If there’s some cause and effect relationship between them and the volcano, players might see a new development in the volcanic activity once a second rune reaches Loot Lake, such as earthquakes or lava coming out of it.

The first sign players had that the volcano wasn’t dormant was when the excavation sites started popping up. The first one near Paradise Palms revealed a volcano vent, and another in Dusty Divot was filled with lava after being fully dug up. These both are signs that the pressure inside the volcano might be rising and that it might erupt soon.

Players should expect news about the volcano in the next couple of days since it’s certainly related to the season eight finale and the beginning of season nine.