Fortnite's The End event brings UFOs, the Last Reality, and The Rock as The Foundation - Dot Esports
Skip to content 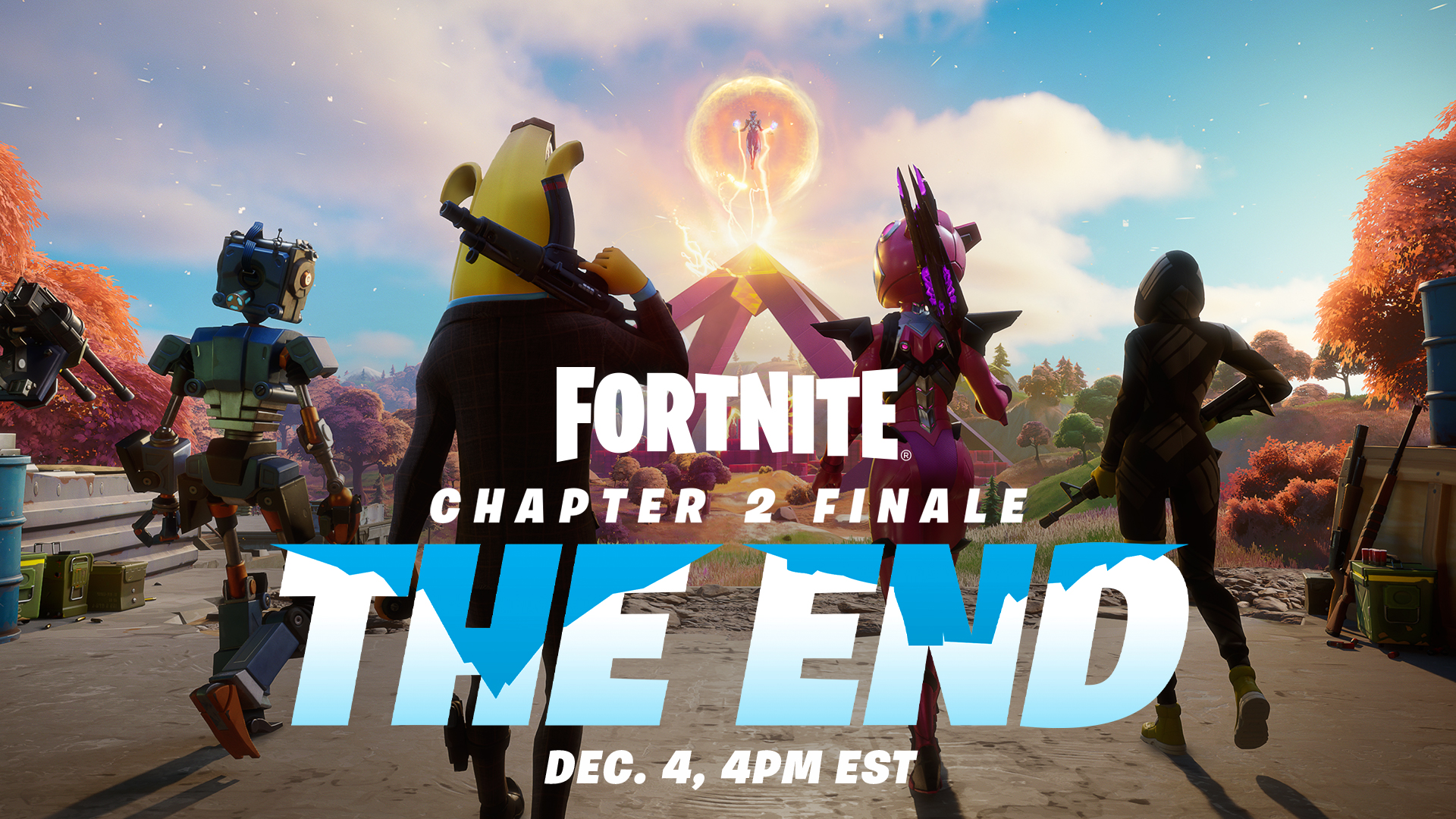 Fortnite Chapter Two came to an end today with a spectacular live event featuring the highly anticipated battle with the Cube Queen.

The previous season was ramping up slowly, with the Cube Queen powering up all the Cubes to bring the Last Reality onto the map. However, one blue Cube in particular wasn’t affected and protected the loopers against the Cube Queen.

At the beginning of the event, the blue Cube protected a small area around players. The Cube Queen made an appearance, cackling and opening a new portal to the Last Reality. Players fought some zombies, and the evil forces penetrated the protective area. The portal allowed the Motherships to release the UFOs, and players tried to destroy these forces engulfing the island. All was in vain, though: as the Cube Queen took a major hit on the Blue Cube, which shattered into pieces.

Next, the game enters the cinematic, and the camera pans down to the underground Imagined Order base where Doctor Sloane was torturing Jonesy for ruining its plans. Next, the Foundation comes to rescue Jonesy and reveals himself to be the Rock, as the movie star already teased it on various occasions.

After that, they escape to Zero Point’s configuration room, which Jonesy used to travel to different realities. Jonesy holds off the guards while The Foundation makes a way to the other side of the room. Another seamless transition shows The Scientist and another member of the Seven coming to save the characters from the wraith of Cube Queen and open one of the mysterious Bunkers in the game. After that, players hopped inside the Bunker and followed the Scientist as he took them to Foundation and Jonesy at the island’s epicenter.

However, the island was slowly rotating, and the safe epicenter wasn’t that safe. One of the big zombies broke through the window and flooded the room, forcing everyone to swim. The scene cuts from there and switches to the player making their way to the water’s surface to look at the beautiful scenery of the island flipping. The Queen Cube also seems to have vanished, and the portal closed after her disappearance.

The island flips around and unravels a beautiful new island to explore for Fortnite Chapter Three. When opening the game, players should be faced with downtime for the time being, but it should come back up in a few days. They can also slowly unravel the upcoming Chapter Three map by flipping their social media posts and profile pictures to help the community.

If you don’t feel like waiting, you can watch the Fortnite Chapter Three leaked trailer to take a glimpse at the new additions coming in with the next big update.