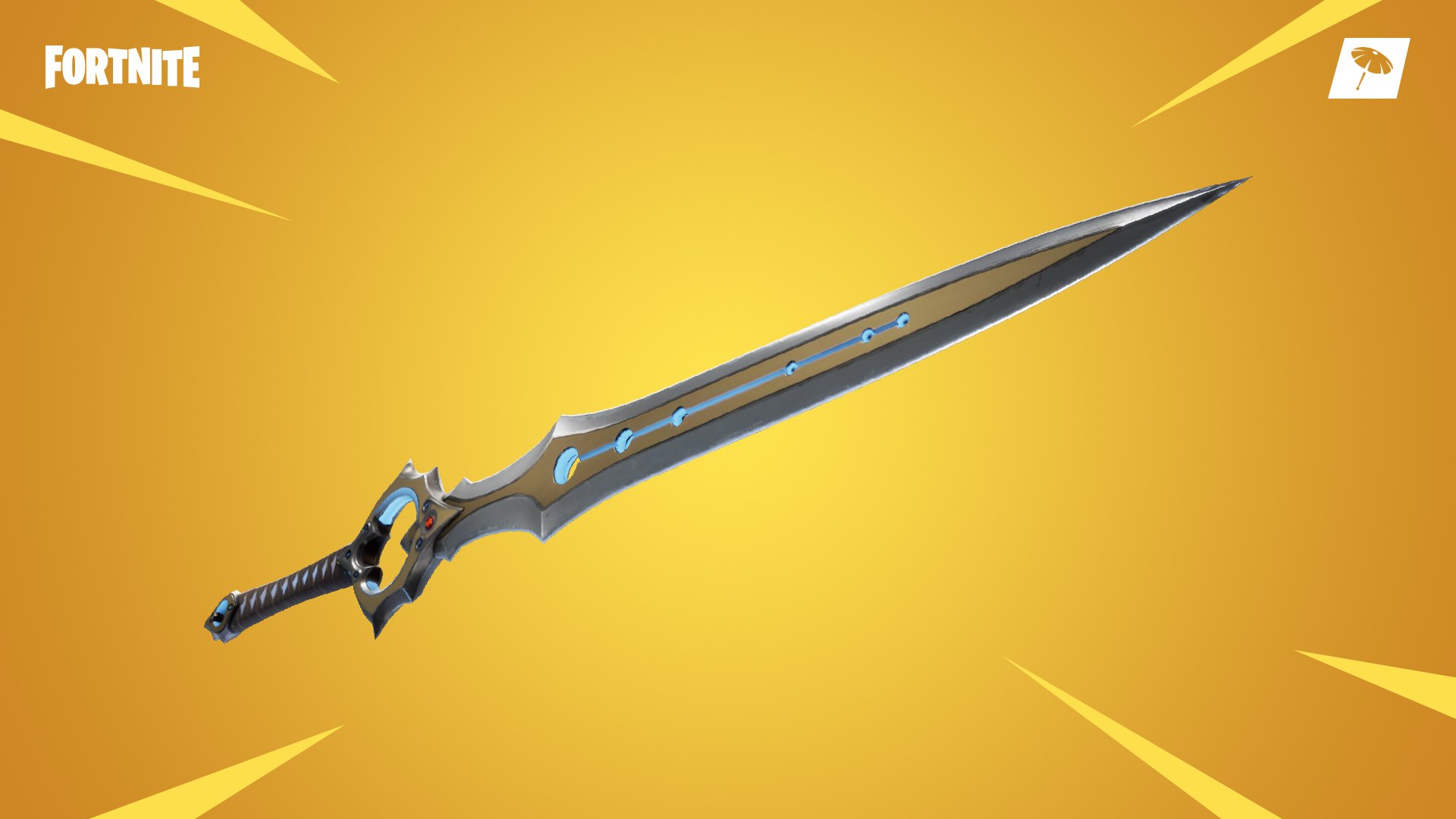 Fortnite: Battle Royale has received its first sword, the Infinity Blade. Game developer Epic Games added it to all standard modes today in the 7.01 update, only a few hours after teasing it on their social media pages. It’s the first Mythic-class weapon in the game.

The sword’s name might remind season four players of the special Marvel event with Thanos and the Infinity Gauntlet. It should, because the Infinity Blade also grants its user some special powers.

If the holder on the Infinity Blade becomes tired of its power, they can pick up any non-material item on the floor to drop it. It might be hard to get tired of it, though.

The Infinity Blade deals 75 damage with its primary slash, and it instantly destroys any structure it hits. The secondary shot lets the player leap towards an area, also destroying anything in its path and dealing 25 damage to nearby enemies and knocking them up upon landing. The user gets 130 percent movement speed and recovers 50 health points upon eliminating an opponent. If the holder is low on health, they can just leap away from the fight and regenerate one point of health and shield per second just by staying with the Infinity Blade.

Players who take down the holder of the Infinity Blade will be able to become its new owner and get the same powers.

The downside of holding the Infinity Blade is that you become such a threat that the holder will likely become the focus of all opponents in the surrounding area. It might work better in the late game, when there are fewer opponents left and the holder can take some enemies in one-on-one fights.

Players will eventually find weird things to do with the Infinity Blade, but most importantly, how to take the most out of it. Now, it just seems to be a matter of getting close to your opponents with the leap and hacking them with the primary fire. You’ll heal up some of the damage you take when you get the elimination, which allows for more aggressive plays.

The Infinity Blade will be available in all standard Fortnite game modes as soon as the server downtime for 7.01 is over.