Fortnite: Looming Llama is added to The Block - Dot Esports
Skip to content 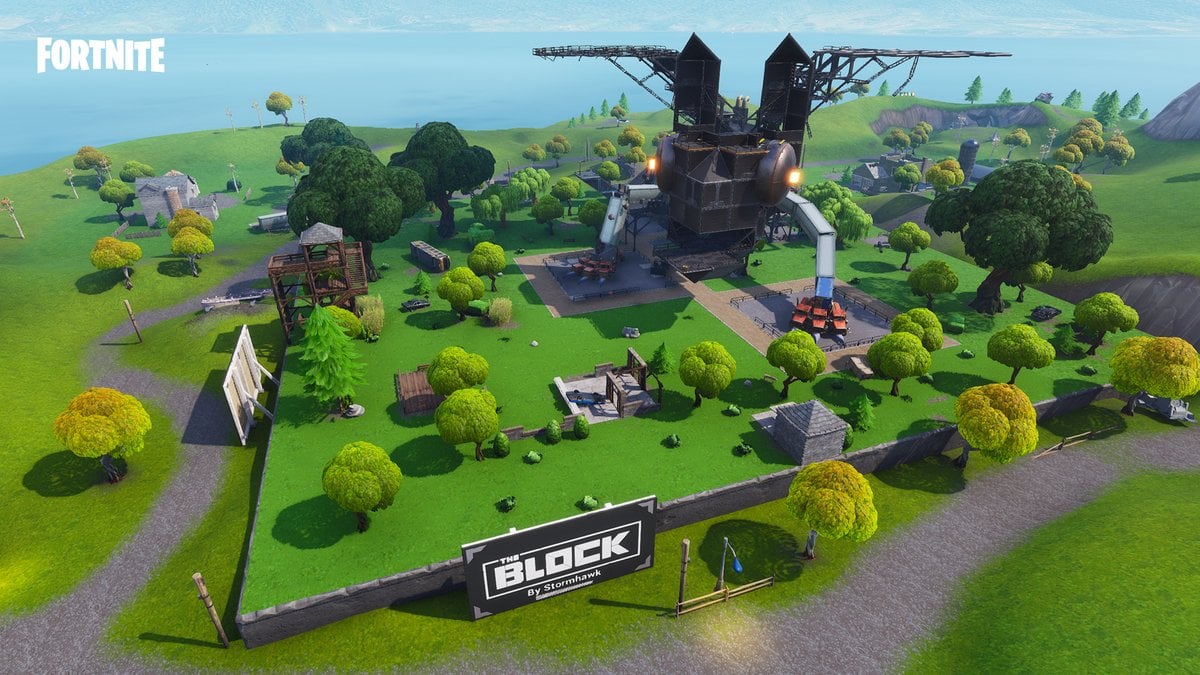 A huge metal creature has taken over Fortnite: Battle Royale.

Developer Epic Games is featuring the Fortnite Creative area Looming Llama in The Block this week. This creation by Stormhawk replaces the DM Arena that was added last week.

Related: All codes for previous fan-made creations featured at Fortnite’s The Block

Looming Llama is a huge structure with several corridors and rooms that resemble a robot llama. It seems ready to start walking or flying with its metal wings, and its feet, which are made of trucks, might just smash whatever is in its path.

Players can explore the Looming Llama in several ways. They can get inside the structure from its tail with no need to build anything, or they can go directly to its body by building one or two ramps. The inside of the llama is made of a few floors with electric panels and control rooms that make it look like more than one person would be needed to control the creature. Of course, whoever abandoned this creation also left behind a few treasure chests and weapons.

There are other abandoned buildings surrounding the Looming Llama. Players can find more loot in small houses and on a watchtower of some sort. Some floor loot is sure to spawn around the llama, as well.

You can see more details about the structure in the video below by l2pbomb.

This is the fifth fan-made Creative area featured at Fortnite’s The Block. Players can jump into the area in the popular battle royale game by going to The Block north of Wailing Woods, or they can play it with friends in Creative using the island code 6388-1013-6876.

Like other creations in The Block, we expect the Looming Llama to stay in Fortnite: Battle Royale for one week.