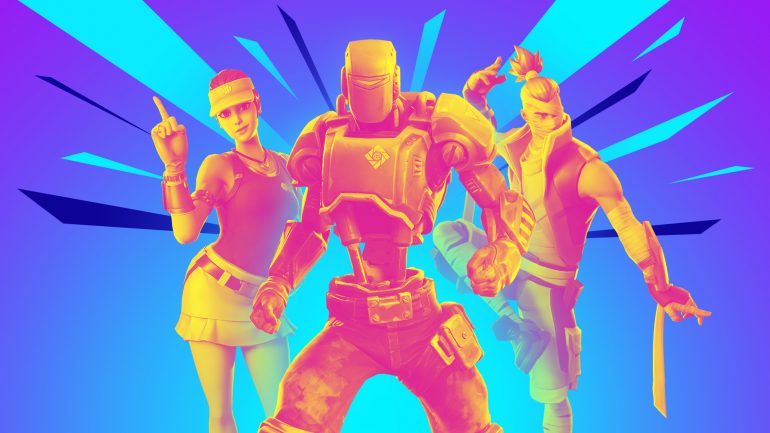 Epic Games is adding bots to Fortnite to help new players learn the ins and outs of the battle royale, but news of their addition to the game has raised concerns about players taking advantage of the system and disguising themselves as bots. New leaks, however, suggest that Epic is taking steps to prevent this from happening by introducing unique skins for the AIs.

The bots will wear an unused style of the A.I.M. outfit, according to well-known data miner ShiinaBR. The original A.I.M. outfit was a reward for players who completed seven of 10 Hunting Party challenges in season six and it features the player as a clunky-looking gray robot with red pants. The new style designed for bots, while similar, features the bot in green pants, a clear difference from the base skin.

Bots are set to appear in low-skill matches to allow players to learn the game. The AIs won’t be too powerful, of course—they won’t even be able to use vehicles. New players should have an easy time improving their skills against the bots.

Epic first announced it was adding bots to the battle royale’s season 11 last month. The Fortnite developer then detailed its plans for the game in a blog post yesterday and confirmed the creation of a new game mode where players will compete against only bots. Players won’t be able to party up with the AI or use them in Creative, however.