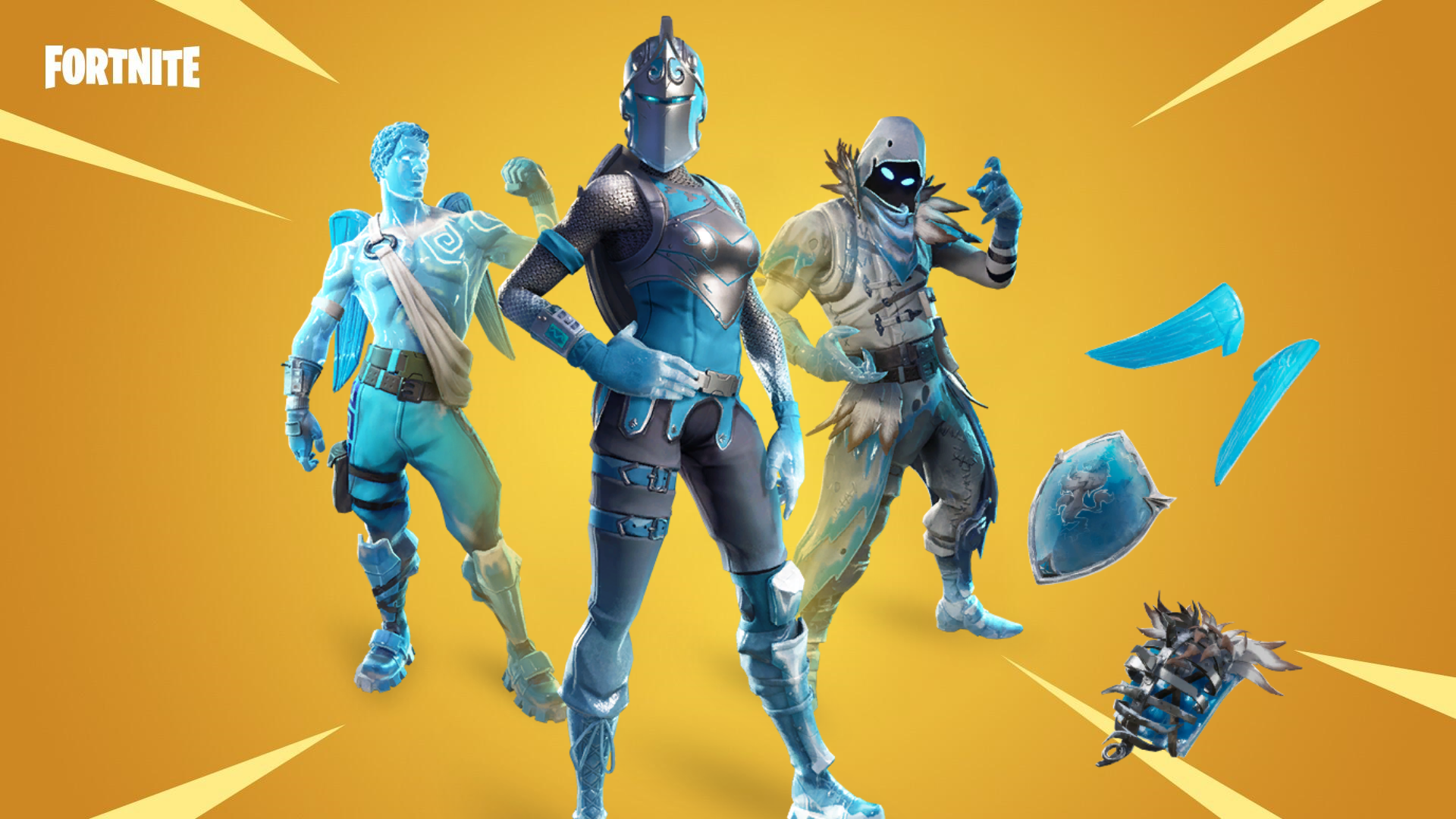 Fortnite: Battle Royale leakers have found that the Frozen Legends cosmetics bundle might be available for purchase with money only, not V-Bucks.

Leakers LucasYoshi7 and Nuke found a reference to this bundle in the game files last night with the variable “currency” defined as “Real Money.” The other variables reveal no information about when the bundle is coming or how much it’ll cost.

Cross-checking the images Lucas and Nuke found with the skins and back blings leaked yesterday by other Fortnite dataminers, the Frozen Bundle should include winter-themed Legendary versions of old skins. Frozen Raven, Frozen Red Knight, and Frozen Love Ranger would all come with their respective back blings, Frozen Iron Cage, Frozen Shield, and Frozen Wings.

The image for the bundle doesn’t show V-Bucks, which might mean this will be an odd real-money pack that doesn’t come with extra in-game currency for players to spend with other cosmetics in the Item Shop.

Epic Games has yet to comment on the official reveal of the Frozen Legends bundle. If it’s released in Fortnite: Battle Royale, it’s likely to be available in all platforms in the Store tab, the same one where players can buy V-Bucks.

The Frozen Legends Bundle is likely to be real. The theme behind it fits the idea of bringing new winter and holiday-themed cosmetics that Fortnite developer Epic Games mentioned when they revealed the 14 Days of Fortnite event. As other completely new skins come, players should expect this new version of these old skins to arrive in the game sometime before the end of 2018.

Both leakers were unable to find the price point of the Frozen Legends Bundle. It’s still unknown whether it’ll replace the Deep Freeze Bundle or if it’ll be offered along with it, as happened when the Summit Striker Starter Pack and Deep Freeze were both available.