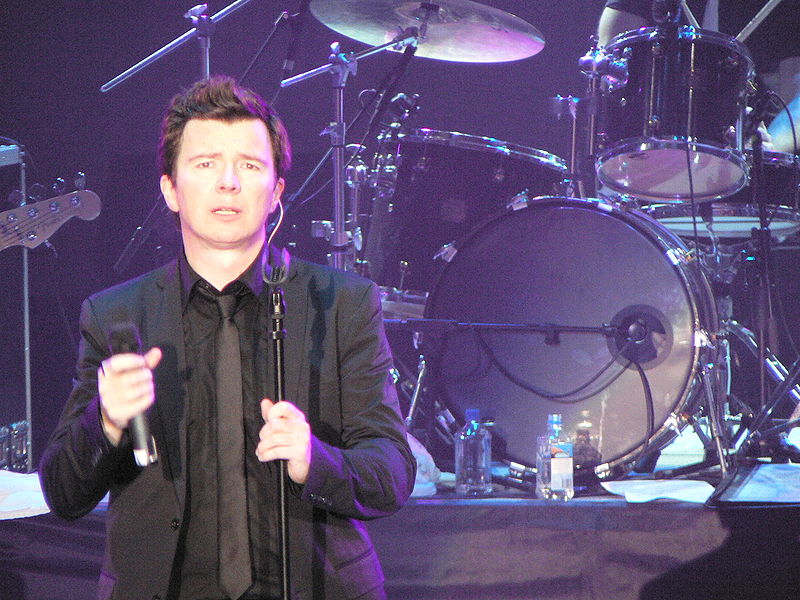 Ever thought that your Fortnite dances just weren’t ’80s enough? Probably not, but get ready anyway—one of the most iconic memes of all time has become an emote that players will be able to use to style on their opponents.

If you haven’t got enough of rickrolling, pull off Astley’s groovy moves with the press of a button along with the accompanying soundtrack.

Epic Games were in on the joke. The developers released a YouTube video titled “Watch How This Bear Made The Unlikeliest Of Friends” with a thumbnail of a polar bear to lure unsuspecting fans into watching Fishstick dance.

Rick Astley was on deck to promote the new Fortnite emote. The English singer retied in 1993 but has made an incredible resurgence when rickrolling became an internet phenomenon in 2007.

Astley joins the long list of content creators and celebrities to receive their own emote in Fortnite. Pokimane recently released her adorable, hip-shaking emote along with Jordan Fisher’s sleek feline moves.

The emote is available for 500 V-Bucks. While free V-Bucks might be scarce right now due to delays, the upcoming season two will certainly help your budget.