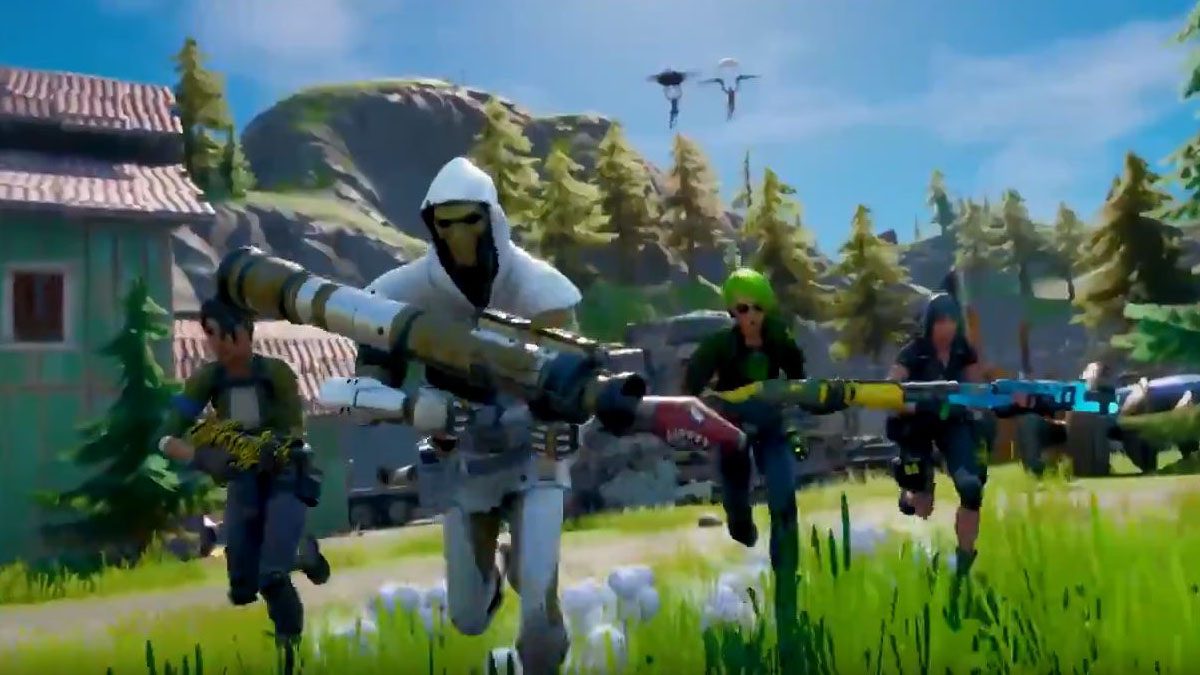 Fortnite: Battle Royale is gone, but likely not for too long. While many fans continue staring at the mysterious black hole that swallowed the entire game, data miners are uncovering some of the content that’s coming to the battle royale’s next stage.

The next step for Fortnite is Chapter Two, season one, according to recent leaks. Although little information is confirmed and Epic has yet to reveal the official changes coming with the new chapter, we know what to expect from the first patch notes when they drop thanks to these leaks.

Here’s what we expect to see in the first patch notes of Fortnite Chapter Two, season one.

The leaked batstle pass trailer shows what seems to be an entirely new Fortnite island, or at least a radically changed one. Epic seems to have redone the whole geography of the map instead of modifying a couple points of interest here and there as usual. If this leaked trailer is confirmed to be real like previous leaks from the data miner who found it, then Fortnite players will have a new map to explore when Chapter Two starts.

Data miner HypeX found information about a bazooka that will reportedly shoot bandages. This will allow the user to instantly heal part of their teammates' health, probably by the same amount as a single bandage. Its effect could also work in an area like the Chug Splash, but we have no further information on it.

A character holding this bazooka is seen in the battle pass trailer as well.

The battle pass trailer shows players riding a boat on a river while shooting opponents in front of them, which likely means that the latest Fortnite vehicle to come with Chapter Two is a boat.

The boat can apparently carry up to four players, with one being the driver and the other three being free to aim and shoot opponents. There’s a meter that could either indicate the boat’s fuel or boost.

In that same trailer, players who were opening chests, farming materials, or dealing damage to opponents were awarded with medals, which are presented as a “new way to level up.”

It’s unclear if they'll replace previous methods of earning levels or if they’ll be added to existing ones, which were challenges and missions. At first, it seems possible that they’re a replacement to challenges that ask players to complete routine tasks common to any Fortnite match, but they might be an additional feature to combine with a new leveling system teased in the trailer.

Epic might be removing the level 100 cap when Fortnite Chapter Two is released. In a part of the battle pass trailer, the player receives a “level up” message when they reach level 127, which was impossible up to season X. This likely means that Epic is either revamping the entire level system of Fortnite or simply removing the cap from previous seasons.

Fortnite players can apparently swim in some rivers and hide inside objects in Chapter Two. There are no additional details on this yet, so it’s unclear how it might work.

Swimming could work like the slipstreams from previous seasons, which allowed players to navigate around specific areas faster than on foot. Hiding inside objects seems to be an improved version of the Prop Hunt limited-time mode in which players turned into objects to hide from opponents.

None of this information is confirmed, though. This is all we have access to considering what’s shown in the battle pass trailer and other leaks. We'll keep this story updated when data miners leak additional details or if Epic confirms them.