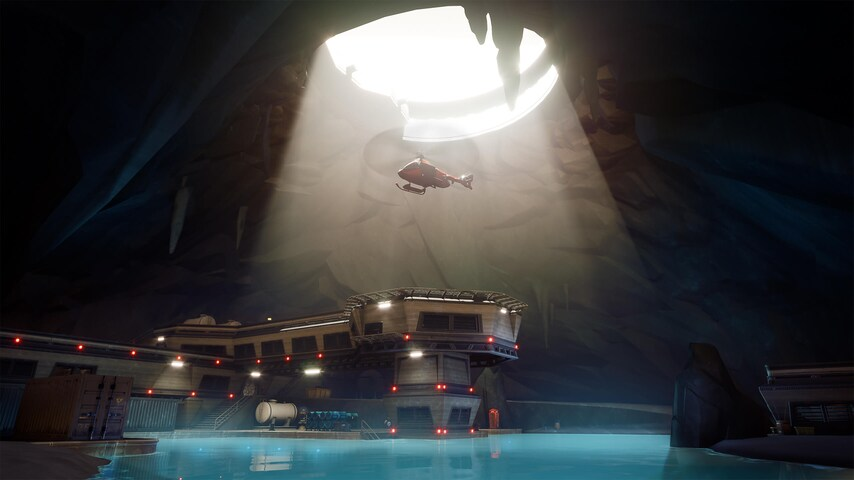 The image looks like a photographer’s view of something, zoomed in closely on some sort of object. On the object, the numbers “02030203” can be seen, likely a direct reference to the chapter and season number. There’s a lot of water in the background, too.

Whatever the new season is teasing likely has to do with today’s “The Device” event, which leveled The Agency and sunk the island, turning the storm into a wall of water or the actual ocean itself.

The storm is now made of water, meaning players can swim in it but they also take damage while doing so and can’t fire their guns. This change effectively ends fights within the damage circle.

Previous leaks about the new season have teased underwater mechanics, so the update for the upcoming season will likely introduce a number of changes to the game. These changes could include new movement mechanics, new points of interest, and more.

Further teasers are expected over the coming days. The new season of Fortnite begins this Wednesday, June 17.