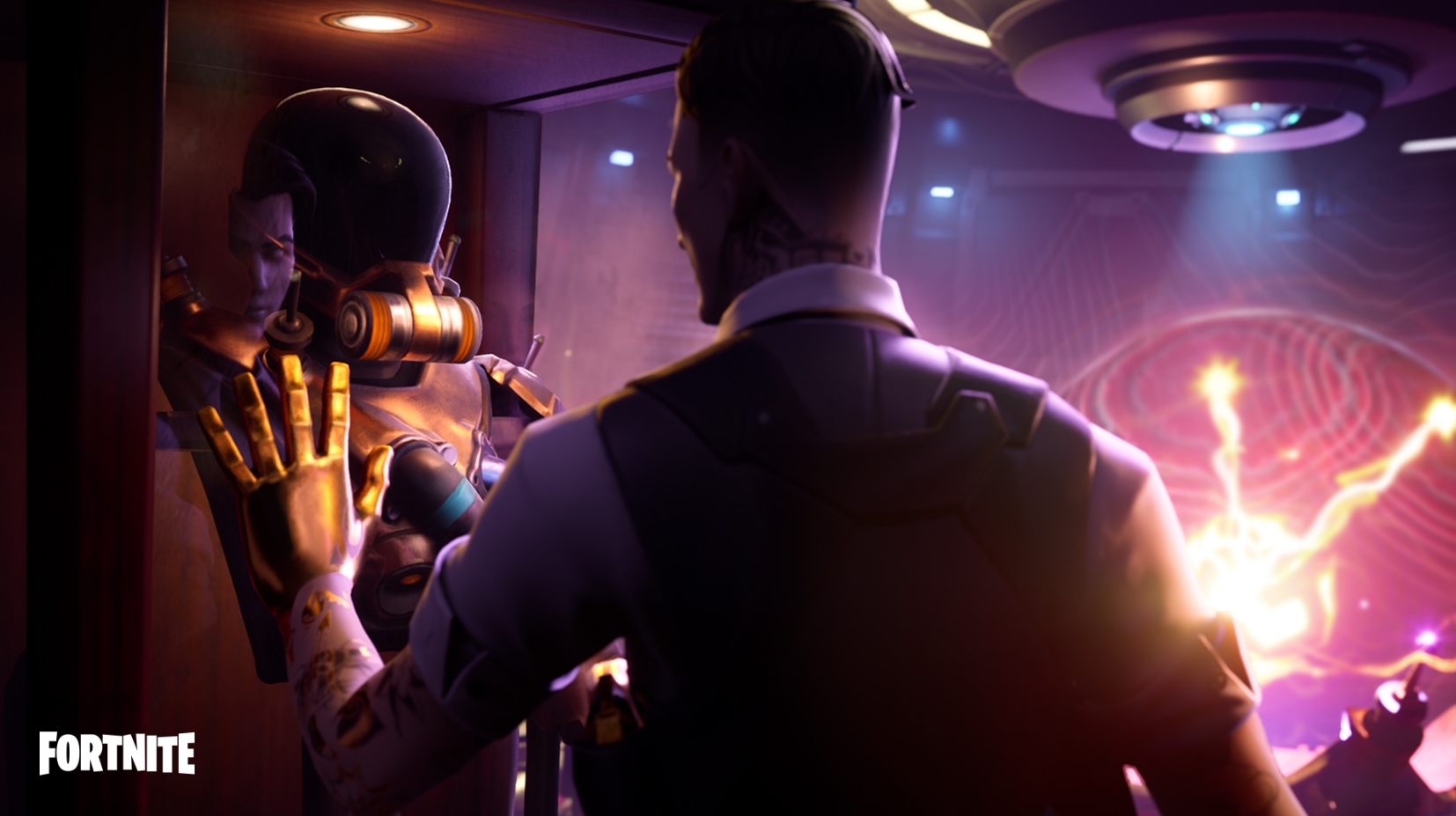 The Agency’s Midas has used The Device and the Fortnite storm has changed.

During today’s season-ending event, “The Device,” giant poles sprouted up out of the water surrounding The Agency, which suddenly exploded. The giant device then emerged out of the middle of the building.

A massive orb then floated high above The Agency, causing players to levitate. The orb connected to the poles in the water and pushed back the storm, protecting the building from further damage.

A cutscene then began, putting players into a first-person view inside of an office. When players were transported back into the game, the storm looked stronger than ever, closing in once again.

It appeared that the fight was over, but the players were transported in and out of the office once more, only to find that The Agency was then surrounded by water.

The lasting effect of the device’s usage is that the storm now appears to be made of water. Entering the storm lets players swim in it, but you’ll take damage per second until you make it to dry land.

The event is leaving a lot up to interpretation, but the storm is now changed and the game is underwater. The office scenes will be dissected in the days to come, but one thing is for sure: the new season is coming on June 17.