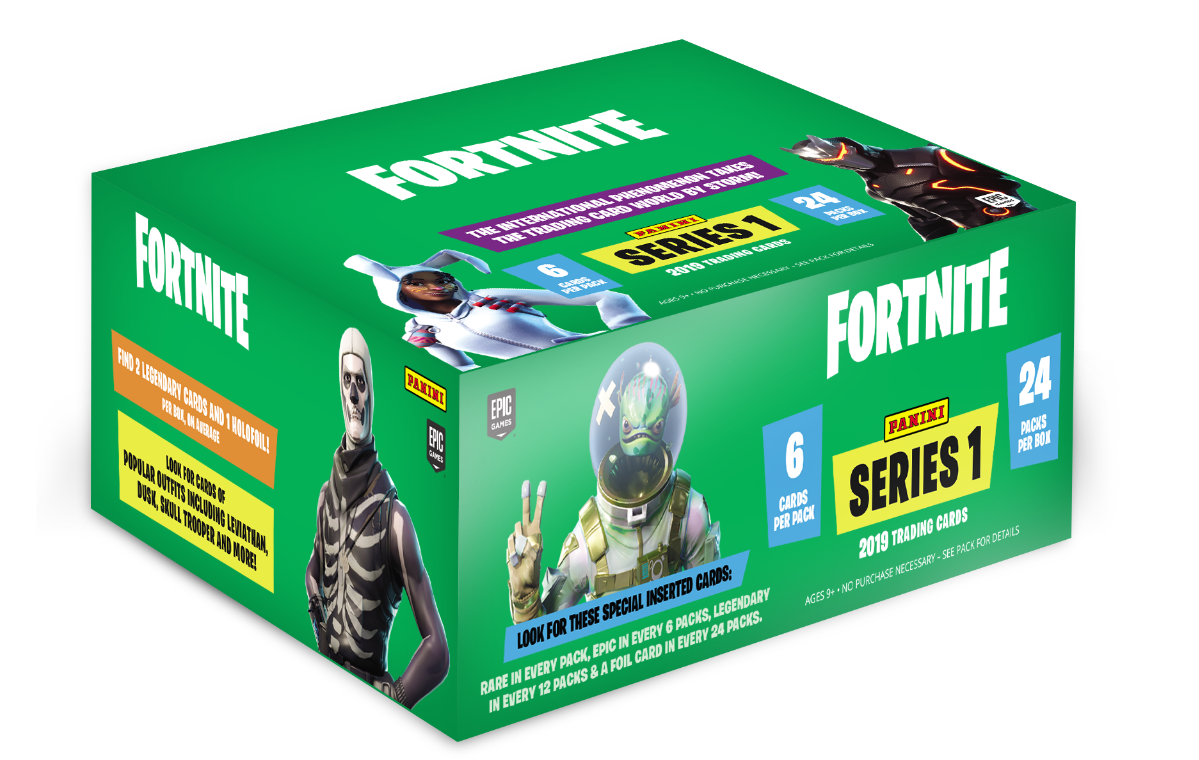 A new partnership between Fortnite developer Epic Games and collectibles publisher Panini America has been made to release Fortnite-branded trading cards and sticker albums in early 2019, both companies announced this Wednesday.

At first, these Fortnite collectibles will be on sale physically at U.S. stores and online at Panini’s collectibles store. A pre-order bundle with 24 packs of trading cards is already on sale for $60.00, and it comes with 144 cards total and nine cards that are exclusive to players who pre-order this bundle on the Panini website.

Related: Where to find The Baller in Fortnite

The Fortnite trading cards and stickers collections will feature “various characters, items and other aspects of the game that have helped propel it to iconic status,” according to a press release. They will include character outfits, weapons, screengrabs and even loading screens, and Panini intends to keep the collection “regularly updated to keep pace with the game’s continually evolving concept.”

Panini intends to also spread the distribution of these new Fortnite sticker albums and trading cards to all its distributing regions around the world, which include over one million points of sales.

These products will be the first trading cards and sticker albums officially licensed by Epic Games. The company also has licensed Funko! Pop toys for several of its Fortnite skins, a Nerf blaster similar to its SCAR Assault Rifle, and a few McFarlane action figures.

Panini and Epic have yet to reveal the exact release date for any of these Fortnite collectibles.