The third season of Chapter Three is approaching in Fortnite and loads of players are trying to max out their current battle passes. Epic Games freshens up the gameplay experience with each Fortnite season, and it also introduces a new battle pass that rivals the previous one.

With guest stars from the real world and many other collaborations, battle passes are a source of fantastic content. Though Epic hasn’t released a teaser for Chapter Three, season three’s battle pass yet, there have been leaks that highlight the potential new faces that could be available through the battle pass in the upcoming season.

The leaks first appeared on 4chan, and the leaked skins were also revealed by popular Fortnite data miner Shiina.and iFireMonkey The leaked items and skins in Fortnite Chapter Three, season three include: 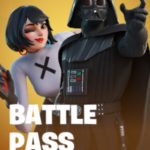 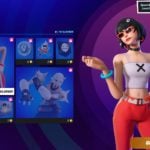 The leaks’ main source was the June Crew Pack, which featured the above names. Fortnite Crew gives players access to the battle pass and rewards them with cosmetics items and V-Bucks every month.

Though most players thought the leaks were fake at first, other reputable data miners, like HYPEX, also posted findings that backed up the initial claims. Considering Fortnite Chapter Three, season three is just around the corner, players will soon be able to find out which names will be a part of the next battle pass. There will also be an end-of-season event going live on June 4. In the event, players will witness the Mecha Strike Commander’s arrival, marking the end of the current season.