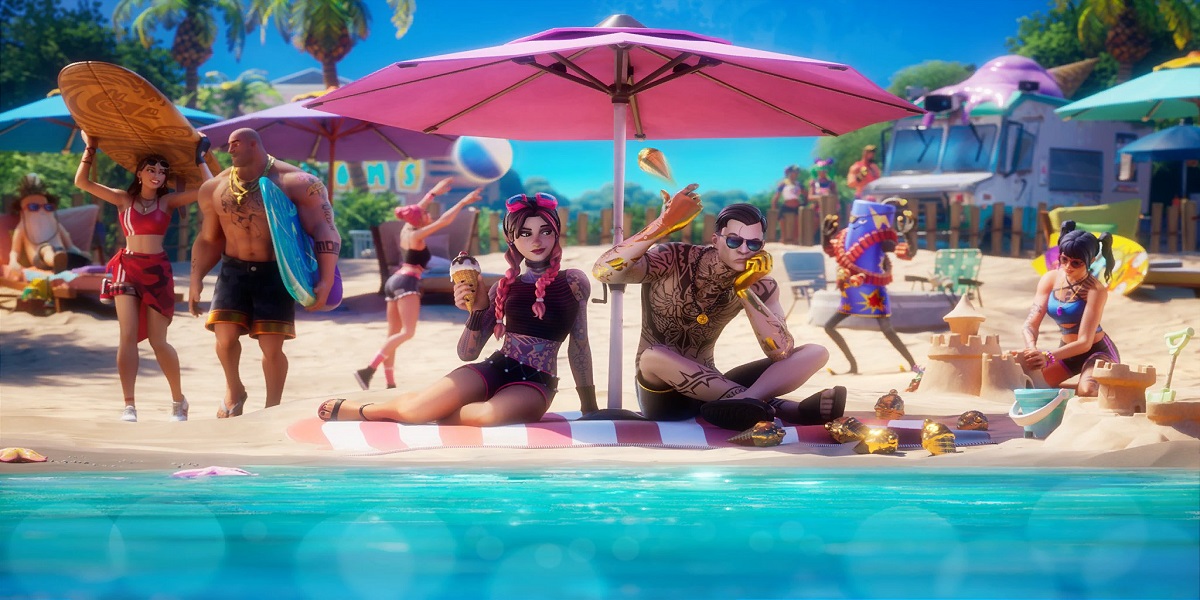 Fortnite never runs out of action, no matter the type of player you are. While competitive players can always battle against in the game’s ranked mode, collectors can also spend their days obtaining the well-designed cosmetics that Epic Games regularly add to the game.

Leveling up your Battle Pass will be the best way to get more skins by investing the least amount of money possible into Fortnite. Though you can always purchase levels to deck out your Battle Pass, keeping up with the weekly quests can save you an extra trip to the in-game shop.

With each passing week in a season, more challenges become available to the players alongside in-game objectives around the map. These objectives can be part of a quest or even collect them on their own and yield decent amounts of XP. Even if you max out your Battle Pass by collecting all the Artifacts and completing quests, there will still be more to unlock since you’ll start obtaining even rarer rewards unlocking everything. These cosmetics may look common at the time of the season, but they’ll become rarer over time as fewer players start using them. They’ll be the perfect way to show how long you’ve played Fortnite for since Battle Pass skins don’t become available in the stop after their respective seasons wrap up.

As the fourth week of the season kicked off, five more Artifacts hit the map. While you can stumble upon them as you’re playing a Fortnite match, knowing where they’re located can help you maximize your XP gain.

Here are the locations of all the Artifacts in Fortnite’s Chapter Two, season seven.

The first Alien Artifact is located in Steamy Stacks. It may be a harder spot if you’re on the ground since it’ll be resting on top of the cyan-colored pipes.

It’ll be best to hit this spot right after you jump off the Battle Bus. As you’re gliding toward Steamy Stacks, aim for the middle portion of the landmark and keep your eyes on the cyan pipes.

The Alien Artifact will be on top of the low-hanging pipe that’s attached to the main building in Steamy Stacks.

You’ll need to make your way to Dirty Docks for the second Artifact, but gliding toward the landmark won’t help you as it did with the first Alien Artifact.

The Artifact in Dirty Docks is hidden under a staircase that leads up to the big hangar at the back end of the landmark. This hangar is close to the sea and has a couple of entrances. If you can’t seem to find the Alien Artifact at first glance, lap around the building and destroy all the stairs with your harvesting tool. Keep one finger on your building keys while doing this since the sound may attract enemies who may be lurking around Dirty Docks.

Lazy Lake is one of the more crowded landing spots when compared to Steamy Stacks and Dirty Docks. Luckily enough, you’ll be able to get in and out of the landmark without anyone noticing since the third Alien Artifact is located just outside of the landmark.

Make your way to the house that’s located at the north end of the landmark and head over to its backyard. Enter the shed there, and the Alien Artifact will be sitting inside.

When it comes to spotting objectives from above, Weepings Woods will be the least suitable landmark for the business. Since the landmark is covered in trees, it’ll be difficult to spot objectives while gliding.

You’ll be looking for a house, in this case, and there are only a few of them in Weeping Woods. Head over to the residential area, located close to the right of Weeping Woods and enter the main building which will be the largest one in the area.

After entering the house, keep your eyes slightly above the ground. The Alien Artifact will be on the second floor, floating above stair guards.

Holly Hedges hasn’t changed over the years, but it has been a frequent stop for players who’d like to complete their weekly quests. The fifth Alien Artifact is located in Holly Hedges, and you won’t need to search for it that much.

The Artifact is located in the garden/shop section of Holly Hedges. It’s practically the backyard of the shop that can be found in the middle of the landmark.

As a change, the Artifact will be close to the ground, on one of the bottom shelves that’s close to the building.

If you’re looking to collect the Alien Artifacts as fast as possible, your best bet will be to collect them in separate games. Enter a casual match and try landing on top of one. Exit out of the match after picking an Artifact up and repeat this process until you collect them all.

Alternatively, you could also secure yourself a vehicle and navigate around the map faster to collect all Artifacts in one go. This method will be relatively riskier since the places you need to go can also end up outside of the storm. You’ll also need to gear up a little before moving around the map since you’ll be likely to move into players who’ve completed their looting process.