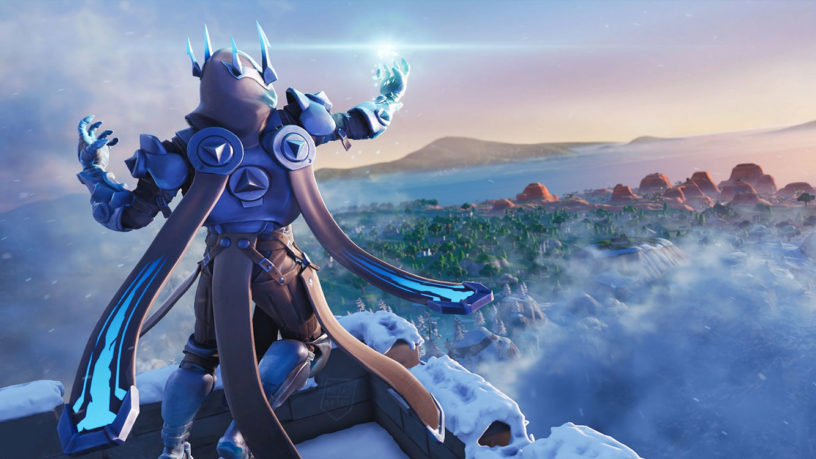 Another earthquake was spotted in Fortnite: Battle Royale last night. It’s the eleventh earthquake that’s formed a crack in the ground, and this time, it left its mark north of Retail Row.

It’s the first crack going down to the southeast area of the map. Leakers predicted that it'd appear in this spot, and that another one should form below it going to the right. A player caught the exact moment of the earthquake and the crack in a match and used Fortnite’s replay mode to record it.

This earthquake doesn’t seem too different from the others, though. As far as we know, it’s just one of 10 other earthquakes that have happened over the past week—and one of 15 more that we were expecting after the previous crack was formed. There are no clues about what they mean or what they’ll do to the Fortnite island once they all form, but it surely is part of the season seven finale.

Season seven ends on Feb. 28, which is also the date when season eight begins. Different leaks claim to have found the key to what will happen, or at least that they have good clues. One mentions a “cracken,” which sounds both like the mythic creature kraken and a word play with the creature’s name and the verb “cracking” related to the earthquakes.

A second leak mentions a huge earthquake that tears apart the Fortnite island, destroying spots like Tilted Towers and Polar Peak while uncovering new underground areas. This is a full leak of the season eight reveal patch notes, which shows it would supposedly come with updates to cosmetic items like customizable lobby backgrounds and six Battle Pass skins.

Either way, there are 14 earthquakes left until we know what will put an end to season seven. The Fortnite earthquake watch won’t end too soon, so keep an eye out for new cracks on the island.