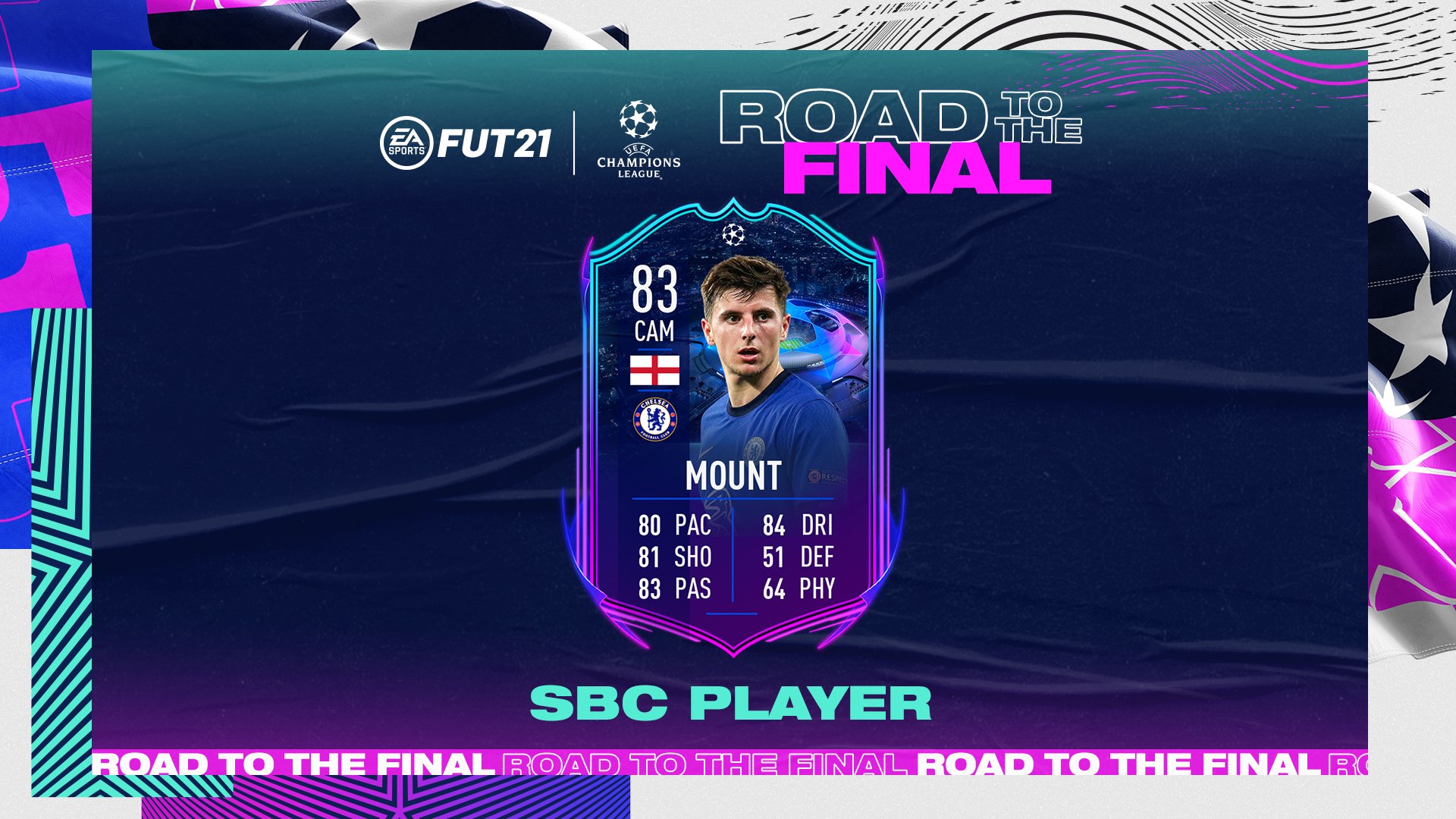 This is the first special card that Mount has earned in FIFA 21 Ultimate Team and it was added alongside the first team of UCL RTTF cards. All of the UCL RTTF cards will gain a +1 overall upgrade every time their team advances to the next stage of the UCL.

EA has upgraded all of Mount’s stats to launch his UCL RTTF card, including Pace (+6), Shooting (+4), Passing (+4), Dribbling (+4), and Physical (+3), when you compare this new version to Mount’s original 80-rated gold version. You’ll have until Nov. 13 to complete this SBC.

This SBC costs around 95,000 FUT coins on Xbox One and PC, but it’s a bit cheaper on PlayStation 4 (83,000 FUT coins) at the moment. Although this card may not look too good right now, there’s a good chance that Mount will receive numerous upgrades in the future because Chelsea has a great squad. You can link UCL RTTF Mount with other strong cards, such as the Premier League Player of the Month Dominic Calvert-Lewin from Everton or some pacey strikers like Timo Werner from Chelsea or Jamie Vardy from Leicester City.

Here’s the cheapest solution to complete UCL RTTF Mount SBC right now, according to FUTBIN, a website that specializes in FIFA content.