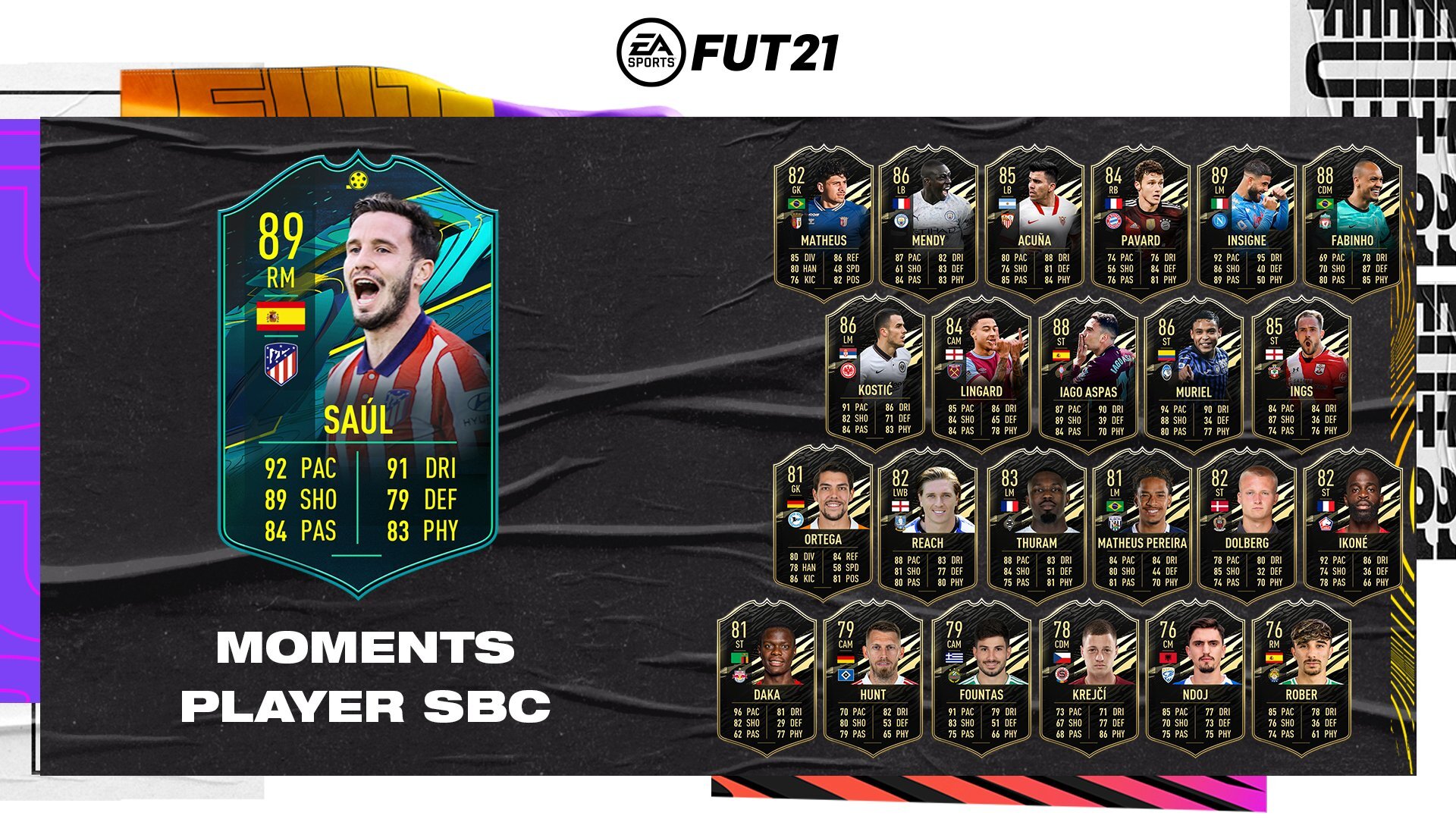 EA Sports introduced a 90-rated Player Moments version of Saúl Ñíguez from Atlético de Madrid to FIFA 21 Ultimate Team today. It can be obtained by completing a set of squad-building challenges (SBC).

This is a pretty good card with balanced stats. Player Moments Saúl has four-star skills and weak foot and can have his stats boosted by applying the anchor chemistry style. You can elevate his Defending (+7), Physical (+7), and Pace (+5), maximizing his Sprint Speed.

This SBC costs around 348,150 FUT coins on Xbox One, 327,850 on PlayStation 4, and 401,000 on PC. Even though this card is a good choice, it’s overpriced, especially if you consider the recently released Showdown Neres and Showdown Džeko that are reasonably priced and have similar stats to Player Moments Saúl.

Here’s the cheapest solution to complete Player Moments Saúl Ñíguez currently, according to FUTBIN, a website that specializes in FIFA content: