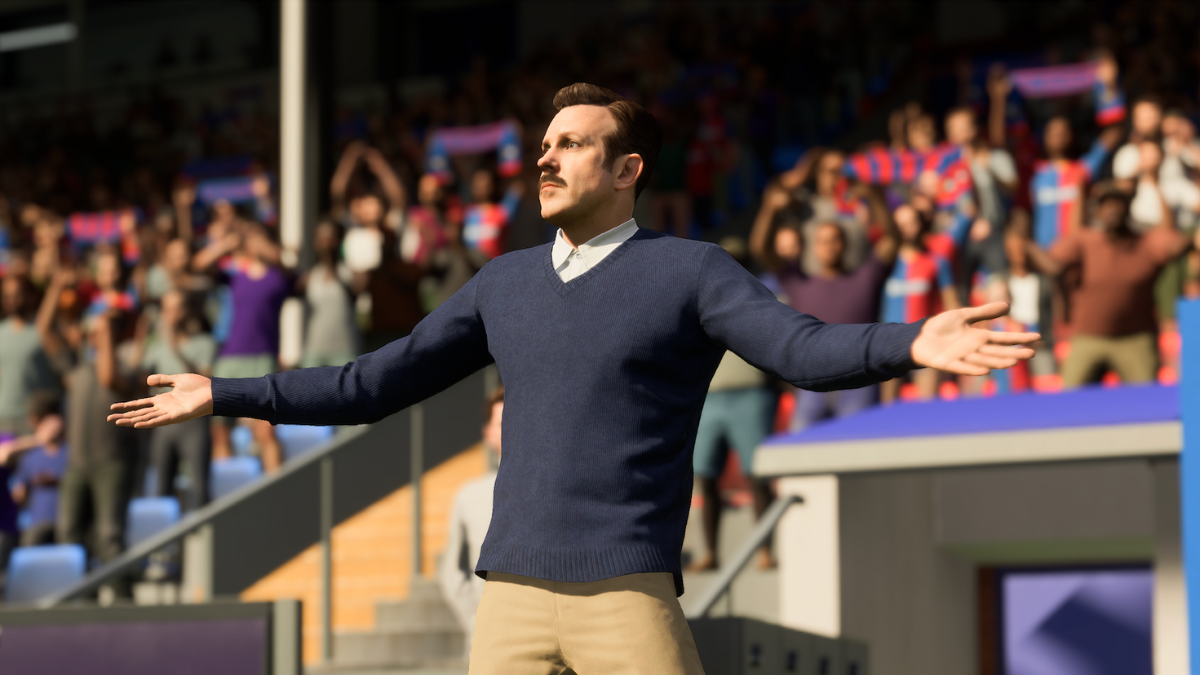 Now that the presence of Ted Lasso and AFC Richmond in FIFA 23 has been confirmed, we can begin imagining how Jamie Tartt and the boys will be rated by EA. We’ll find out the real numbers in a few days, but player ratings predictions have never hurt anyone.

AFC Richmond and their famed manager Ted Lasso will be included in FIFA 23 alongside their stadium, Nelson Road. The collaboration was confirmed by all parties involved following a teaser interaction on Twitter a couple of days earlier.

Will Jamie Tartt be a goal-scoring machine in FIFA 23? Will Roy Kent be able to boss the midfield? Will Sam Obisanya play as a defender or a winger? Those questions are being asked by Ted Lasso fans after finding out their favorite show is doing a collaboration with EA. We’ll make an attempt to answer them.

We can’t start anywhere else than the star striker. Jamie Tartt will probably be hit by the reduced pace we’re seeing all over the place in FIFA 23, but we trust he’ll be capable of scoring more than a few goals. We’re confident he will be in the high 80s, as in 89 OVR high.

We continue with the skipper, Roy Kent. We assume he will be a part of the roster, an integral one at that. Kent should receive rather high ratings across the board to make him the midfield boss that he is in the show. He won’t be rated as high as our star boy Tartt, but an 85 OVR is a real possibility.

Isaac McAdoo is second in line to the captaincy after Kent and next on our predictions poll. Tartt is the star striker, Kent holds down the midfield, and McAdoo is the defensive staple of AFC Richmond. Therefore, we see him receiving similar treatment to Kent, maybe rated a tad bit lower. We say 84 OVR.

The last player we will look at more closely is Sam Obisanya, and he is an interesting case. He might not make a great FIFA 23 fullback, but he should complement Tartt pretty well from the right wing. Even EA wouldn’t dare take away Obisanya’s pace, so an 83 OVR winger is what AFC Richmond should have on their in-game roster.

We may get some of these predictions right or EA may slap mid-70 overalls on everyone. You never know with predicting the future. What we do know is that we will be scoring goals with our boy Tartt, 89 OVR or not.