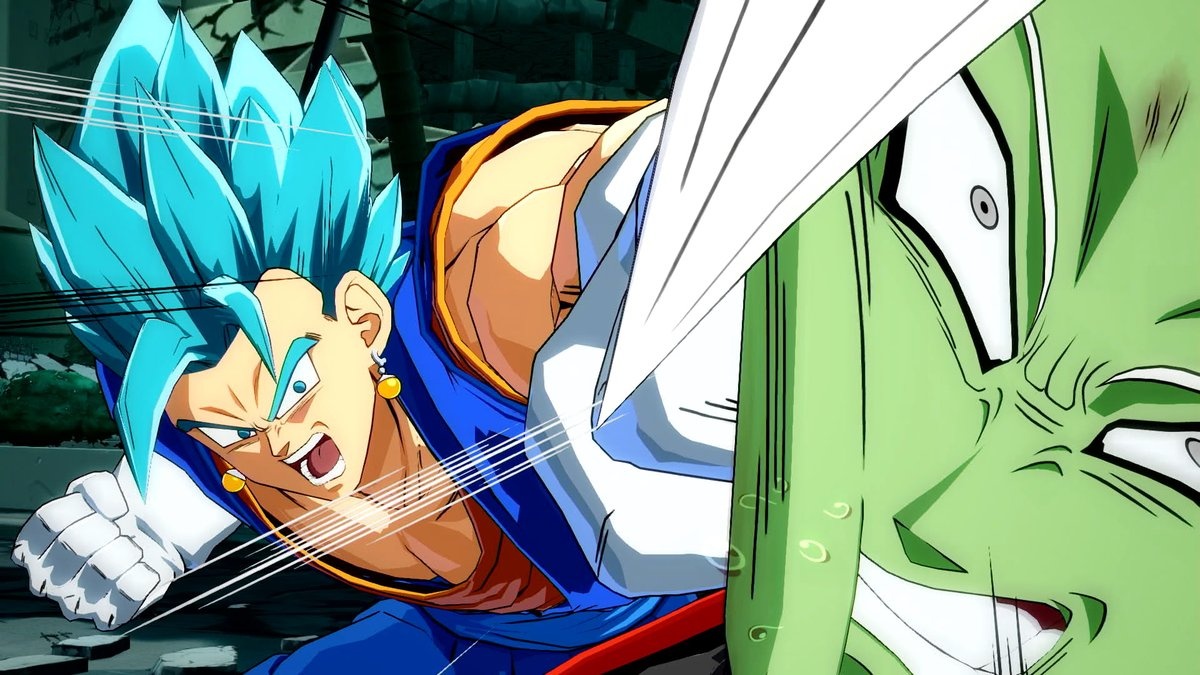 The second DLC pack for Dragon Ball FighterZ was released today, adding two new characters and a bunch of extra cosmetic items into the game.

Alongside the wealth of new content that the new DLC pack brings, Bandai Namco has also added a few Easter Eggs from the Dragon Ball Super anime into the game for players to find during fights.

These Easter Egg cutscenes, known as Dramatic Finishes, will only happen if certain condition are met at the beginning or the end of each match. The cutscenes themselves are recreations of some of the popular moments in the Dragonball story.

Two Dramatic Finishes were added in the second DLC pack for the game and for Zamasu fans. Sadly, they all happen after the character has been defeated by either Vegito Blue or Trunks.

After Goku and Vegito fuse into Vegito in the Dragon Ball Super anime, Vegito completely overpowers Fused Zamasu in a short-lived epic fight. He not only overpowers the immortal God, but also humiliates him.

This scene is near the end of their fight. Vegito doesn’t even allow Zamasu to finish his sentences, burning him to ash moments later.

This iconic scene from the Dragon Ball Super anime is from the climax of the Future Trunks ark of the series. It is the end of the final battle against Zamasu when Trunks takes the power of all those on the planet to strike the mad god down once and for all.