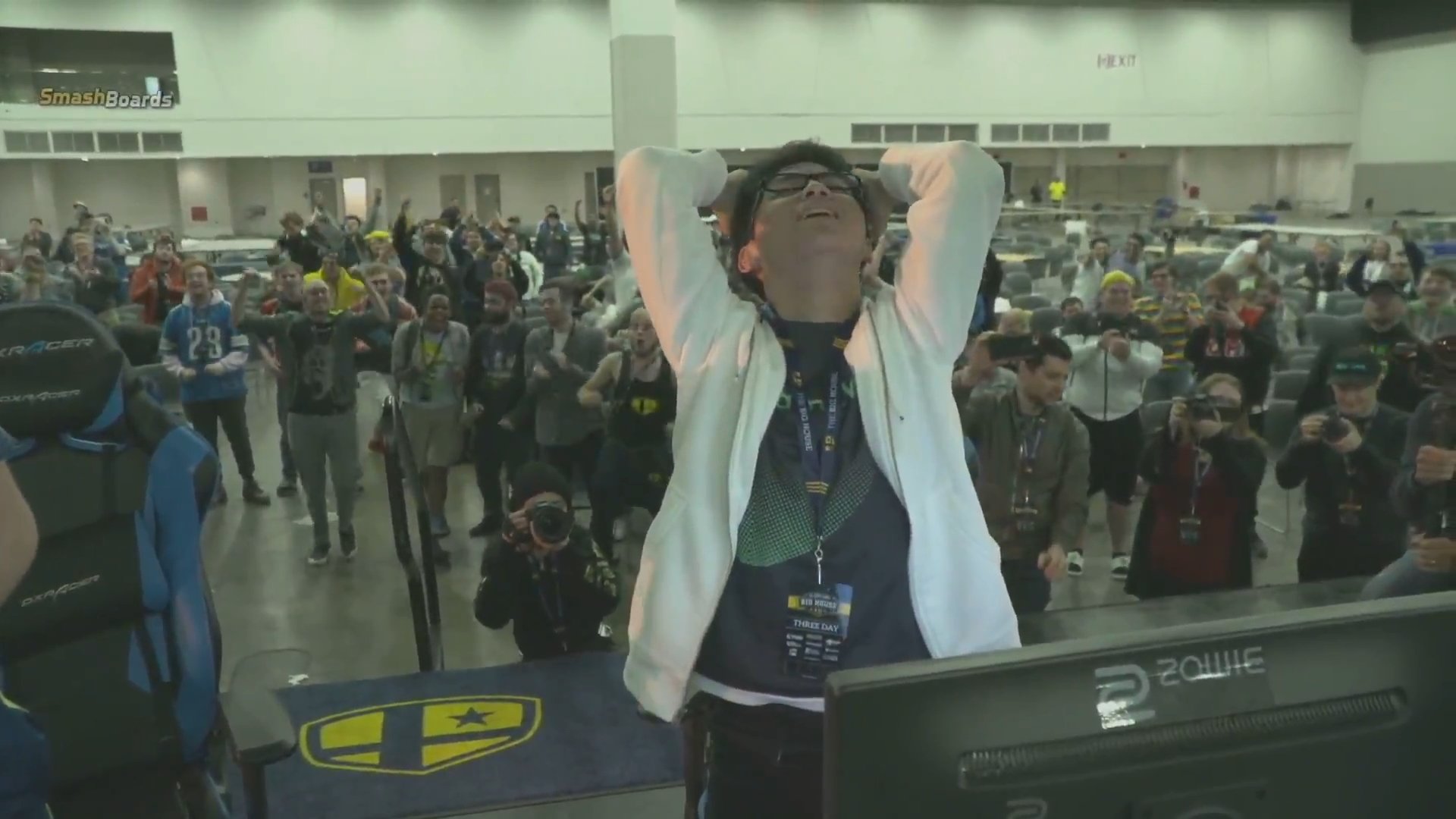 Sota “Zackray” Okada is one of the youngest players to become a top-level contender in a Super Smash Bros. game—and he finally managed to win it all at The Big House 9 earlier today.

Zackray didn’t just win any Major, though. He did it at arguably the deepest event for Smash Ultimate so far with nearly every top player in attendance and upsets happening around every corner. The sheer level of competition is highlighted by the top eight where Randy “RFang” Fang and Enrique “Maister” Solís joined some of the biggest names in the game.

Zackray had to beat Brian “Cosmos” Kalu, Gavin “Tweek” Dempsey, and RFang just to make it into the top eight. This was also only the second North American event where he played R.O.B in tandem with his usual Wolf pick, showing off one of his mains over the last few months.

He tore through most of the bracket, only losing to Maister once the top eight began to get knocked into the losers bracket. In that match, he pulled out a rarely-used Corrin, which failed to get the results he wanted, before switching out to Joker and dropping game three.

From there, Zackray almost exclusively stuck to his usual rotation of Joker, R.O.B, and Wolf, beating Tweek in another close, five-game set to break into the top four.

Against Nairoby “Nairo” Quezada and his patented Paluten pick, Zackray seemed to struggle in closing stocks out. And after getting two-stocked in game four using Wolf, he switched back to Joker and exploited a matchup that Nairo has trouble with.

Beating Nairo placed Zackray in a rematch against Maister, where he again pulled out a character he rarely shows in bracket play: Sonic. And for the second time, Maister showed that his mastery over Mr. Game and Watch would trump any odd picks that Zackray threw at him.

After going down 2-0, the Japanese prodigy swapped back to Joker and took the next three games rather handily, with game five being a three-stock victory.

The last obstacle between Zackray and his first NA Major was Samuel “Dabuz” Buzby. But this showdown didn’t last long. Zackray’s aggressive Wolf quickly beat Dabuz’s Olimar in the first set to reset the bracket.

Following that beatdown, Dabuz went back to his Smash 4 main in Rosalina and took game one of the reset. But Dabuz got shut down by Zackray’s R.O.B. in the next three games. From the start, it looked like the younger player was more comfortable in the matchup and had a response for everything that the veteran threw at him.

This win comes after two crushing defeats for Zackray at both Super Smash Con and Mainstage, the latter of which he didn’t even make it into the top 32. After coming to America and only experiencing hard losses, this victory must mean so much to the young player, which he showed by openly crying while holding the trophy.

In addition to earning his first foreign Major win and $4,068, Zackray also received a direct invite to Smash Ultimate Summit 2 along with Dabuz since they were the two highest-placing players without an invite. That will be the next big Ultimate event when it begins on Oct. 24.