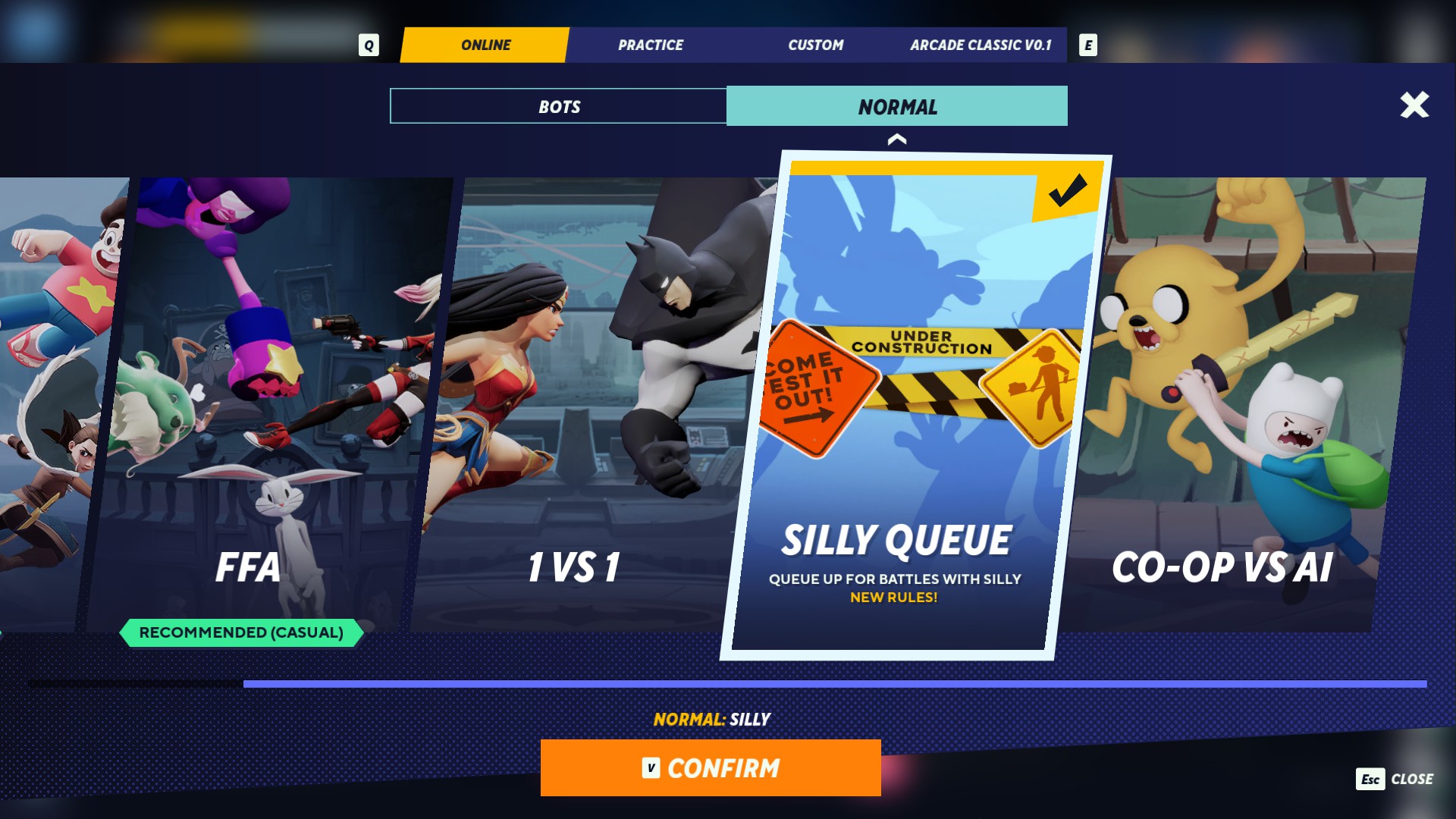 MultiVersus is the latest arena fighter that puts some of TV and film’s most memorable characters against each other in an all-out brawl. Player First Games has done a great job of making sure to keep a steady flow of new characters in the game, but it didn’t really implement any new modes before the Oct. 31 update, when it added both Arcade and Silly Queue.

Silly Queue is PFG’s attempt at providing a more relaxed, casual way to play MultiVersus. Here’s all the info you need to know about what the Silly Queue is and all the modifiers, rules, and more that come into play.

What is Silly Queue in MultiVersus?

Before the 1.05 update, MultiVersus had one-vs-one, two-vs-two, and Free for all game modes. These standard matches would often be more competitive and tense, especially with the lack of a Ranked mode in the game yet. So to alleviate this, PFG created the Silly Queue mode to provide some more lighthearted fun and varying game modes.

Each new match will feature different modifiers that PFG is planning to add more of in the future. With every new game having new modifiers applied,

One of the game modifiers in Silly Queue is called Growth Spurt and in it, fighters “grow in size dramatically as they deal damage.” Players will engage in battles where two giant characters take each other on while trying not to get knocked off the map. Other modifiers include items spawn and a shrinking blast box for the final point.