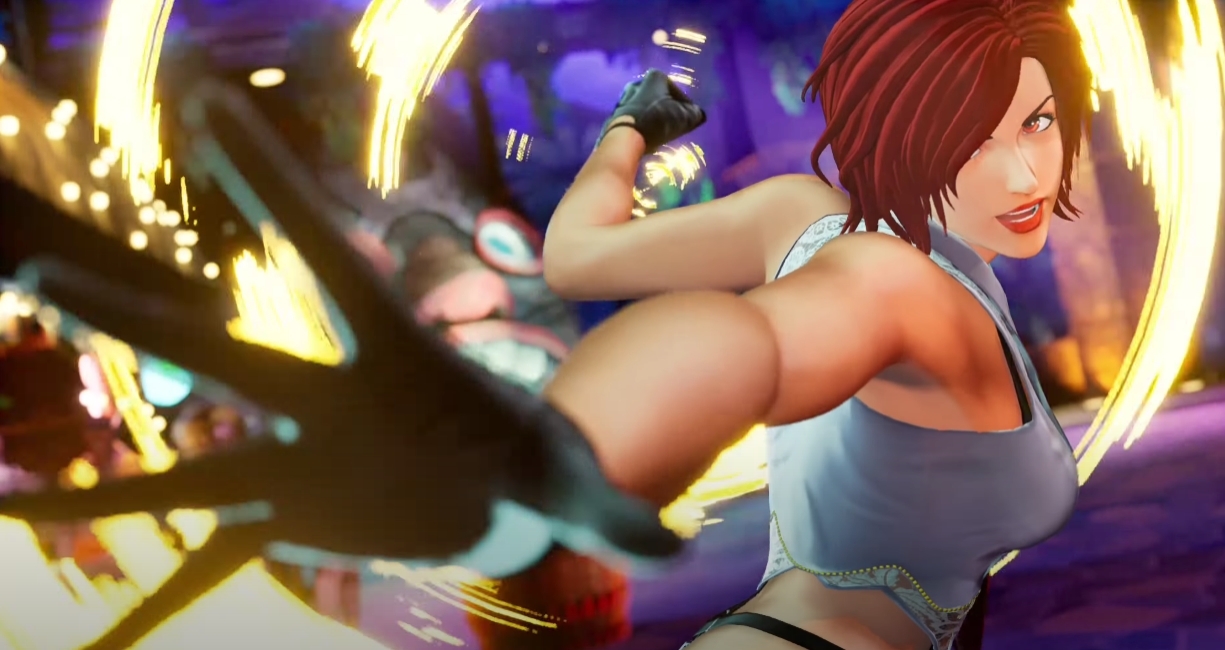 Another week, another King of Fighters XV reveal from SNK after the developers took a week off following Luong’s reveal on June 9.

For the game’s 23rd fighter, Vanessa makes her return to the ring, bringing her boxing-inspired brawler style to the latest installment of the franchise.

As a fighter, Vanessa uses a much more agile variant of traditional boxing that focuses on using powerful punches that are capable of creating air current shots or reflecting projectiles. All of this is done while quickly moving around the stage and ducking in and out of close combat.

Vanessa, who acts as a normal housewife in her off-time, works as a mercenary agent, often teaming up with other fighters such as K’. In KoF XV, she will be partnering with Blue Mary and Luong to create Team Secret Agents.

This team-up is surprising because this means Luong won’t be on a team with Kim Kaphwan and his master Gang-il, her boyfriend, on a potential Team Kim. There are also only a few solid connections between the fighters, including Vanessa being an acquaintance of Blue Mary’s past lover, Butch.

Vanessa was previously a DLC fighter for KoF XIV, but has been a staple character for the series since KoF 99. She wasn’t a playable character in her debut title but became a competitor in the next title, KoF 2000.