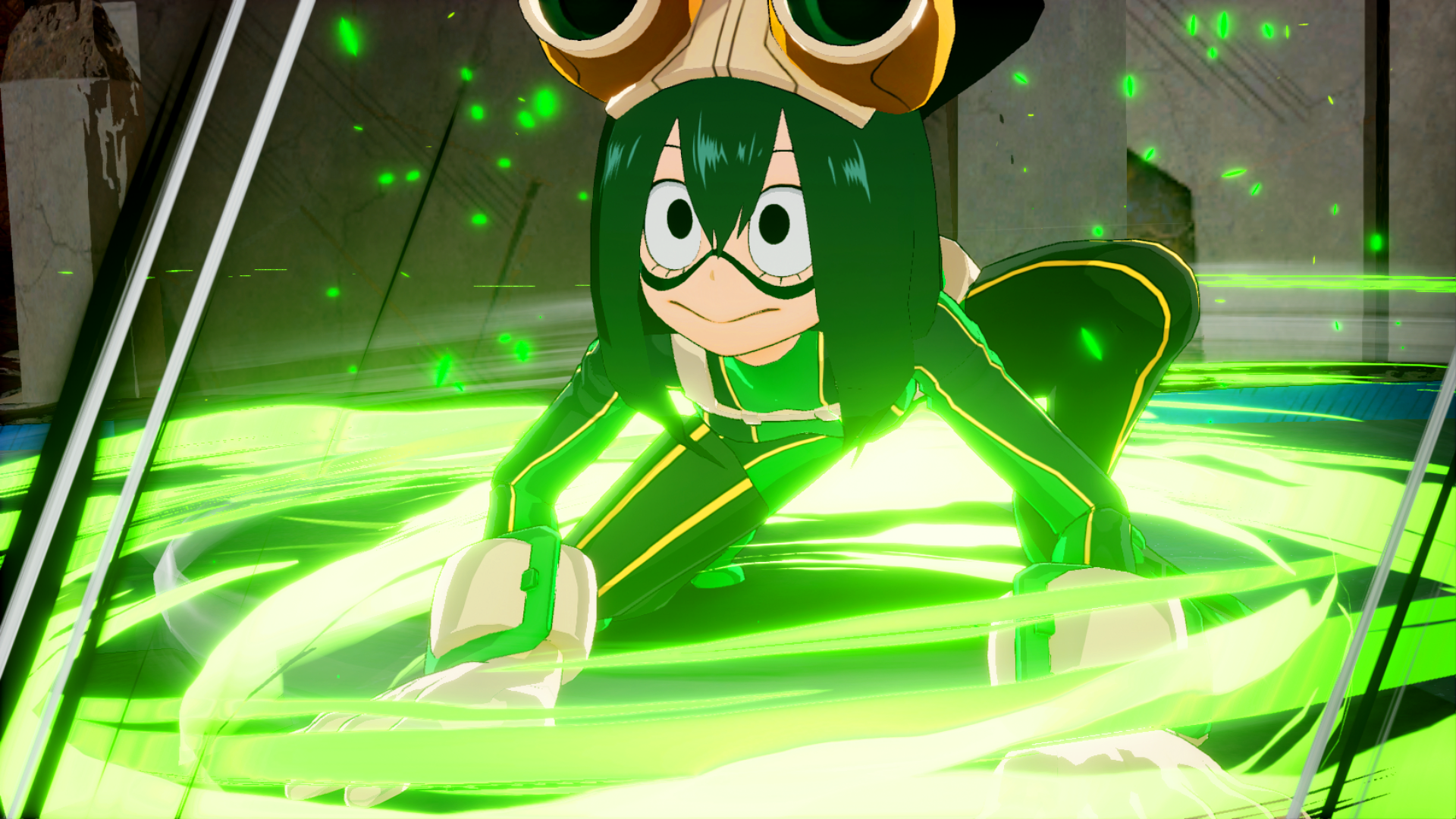 Three new characters have been revealed for My Hero Academia: One’s Justice.

Tsuyu Asui (Froppy), Denji Kaminari (Chargebolt), and Momo Yaoyorozu (Creati)—three of the main characters from the My Hero Academia manga series—will be playable fighters in the game. The trio will join other popular characters, like All Might and Izuku Midoriya, to bring the current playable roster up to 10 fighters.

Tsuyu, Denki, and Momo won’t be the last characters to join the game, however, as more are expected to be revealed in the next few months.

My Hero Academia: One’s Justice is based on the popular Shonen manga series by Kohei Horikoshi. It’s the first console and PC game made for the series following the release of My Hero Academia: Battle for All for the Nintendo 3DS.

Not much is known about these characters, however, as their moves and fighting style haven’t been revealed. But Bandai Namco did reveal that Froppy has a special ability that allows her to camouflage or turn invisible to launch sneak attacks against her foes.